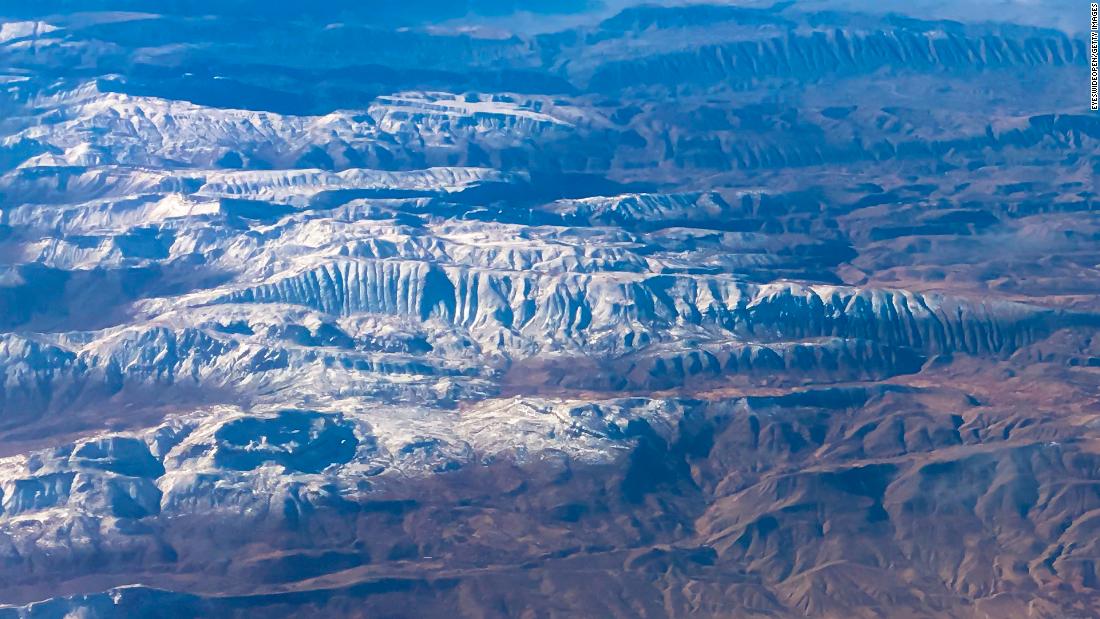 Travel
Share on Facebook
Share on Twitter
Share on Pinterest
Share on LinkedIn
The continent is called Greater Adria. It’s the size of Greenland and it broke off from North Africa, only to be buried under Southern Europe about 140 million years ago.
And chances are, you’ve been there without even knowing it.
“Forget Atlantis,” said Douwe van Hinsbergen, study author and professor of global tectonics and paleogeography at Utrecht University. “Without realizing it, vast numbers of tourists spend their holiday each year on the lost continent of Greater Adria.”
The study was published this month in the journal Gondwana Research.
Researching the evolution of mountain ranges can show the evolution of continents.
“Most mountain chains that we investigated originated from a single continent that separated from North Africa more than 200 million years ago,” said van Hinsbergen. “The only remaining part of this continent is a strip that runs from Turin via the Adriatic Sea to the heel of the boot that forms Italy.”
This area is called Adria by geologists, so the researchers for this study refer to the previously undiscovered continent as Greater Adria.
In the Mediterranean region, geologists have a different understanding of plate tectonics. Plate tectonics are the theory behind how oceans and continents form, and for other parts of the Earth, that theory suggests that the plates don’t deform when they move alongside each other in areas with large fault lines.
But Turkey, and the Mediterranean, is entirely different.
“It is quite simply a geological mess: Everything is curved, broken and stacked,” said van Hinsbergen. “Compared to this, the Himalayas, for example, represent a rather simple system. There you can follow several large fault lines across a distance of more than 2,000 kilometers.”
In the case of Greater Adria, most of it was underwater, covered by shallow seas, coral reefs and sediments. The sediments formed rocks and those were scraped off like barnacles when Greater Adria was forced under the mantle of Southern Europe. Those scrapped rocks became mountain ranges in these areas: the Alps, the Apennines, the Balkans, Greece and Turkey.
“Subduction, the plunging of one plate under the other, is the basic way in which mountain chains are formed,” said Van Hinsbergen. “Our research provided a large number of insights, also about volcanism and earthquakes, that we are already applying elsewhere. You can even predict, to a certain extent, what a given area will look like in the far future.”
Reconstructing this evolutionary look at mountain ranges in the Mediterranean required collaboration because it covers more than 30 countries, each with their own geological survey, maps and pre-existing ideas about how things formed, the researchers said.
Using plate tectonic reconstruction software, the researchers literally peeled back layers to go back in time when continents appeared much different from the map we know today.
The researchers found that Greater Adria started to become its own continent about 240 million years ago during the Triassic period.
“From this mapping emerged the picture of Greater Adria, and several smaller continental blocks too, which now form parts of Romania, North Turkey or Armenia, for example,” said Van Hinsbergen. “The deformed remnants of the top few kilometers of the lost continent can still be seen in the mountain ranges. The rest of the piece of continental plate, which was about 100 km thick, plunged under Southern Europe into the earth’s mantle, where we can still trace it with seismic waves up to a depth of 1,500 kilometers.”
This isn’t the first time a lost continent has been found.
In January 2017, researchers announced the discovery of a lost continent left over from the supercontinent Gondwana, which began breaking apart 200 million years ago. The leftover piece, which was covered in lava, is now under Mauritius, an island in the Indian Ocean.
And in September 2017, a different research team found the lost continent of Zealandia through ocean drilling in the South Pacific. It’s two-thirds of a mile beneath the sea.
Greater Adria isn’t the first lost continent to be found. But if research in past years shows anything, it likely won’t be the last discovery.
This article was originally published by Cnn.com. Read the original article here.
Share on Facebook
Share on Twitter
Share on Pinterest
Share on LinkedIn

Ntsiki Biyela, Founder Of Aslina Wines And One Of South Africa’s Young And Very Talented Winemakers
Getting around Vancouver: How to see the city’s best sights, with or without a car
How to respectfully engage in Indigenous tourism in British Columbia
The best hotels in London for Christmas
Holiday Fun at the Balboa Bay Resort in Newport Beach