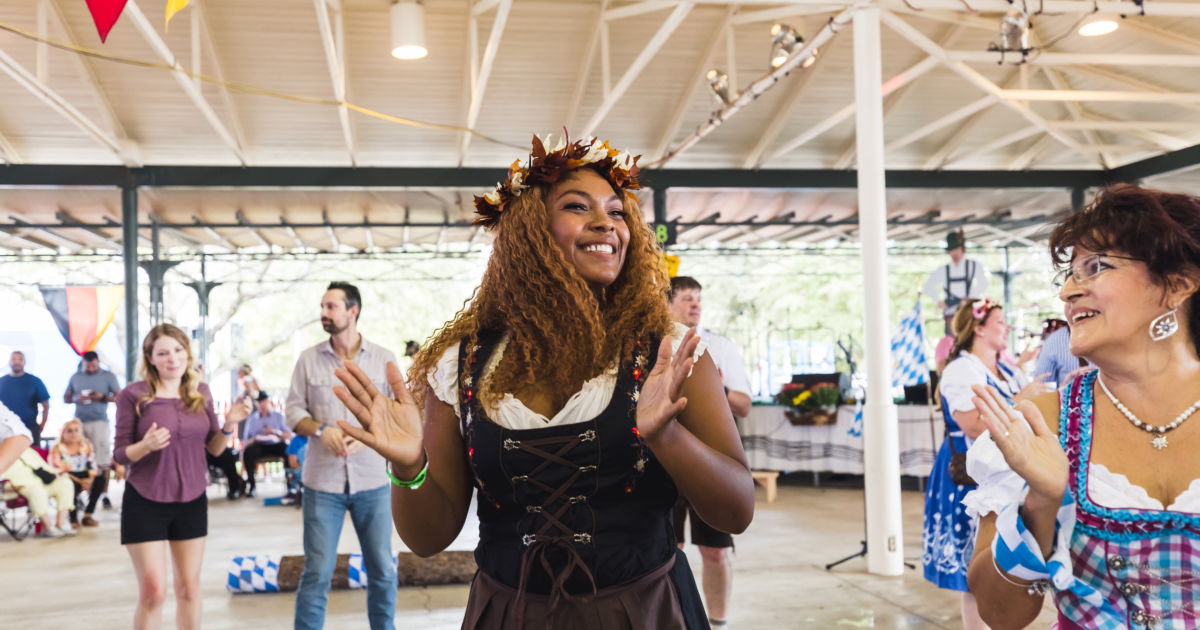 You don’t have to travel far to experience one of Germany’s most famous festivals. These are our favorite stateside Oktoberfests.

Each year, Oktoberfest welcomes millions of visitors to Munich for partaking in this beloved folk festival. Yet if you have to stay stateside, but you still want to raise your stein and say “Prost,” consider going to an Oktoberfest happening in the United States. So don your dirndl or lederhosen and look at heading to these celebrations across the country – with no need for crossing over the Atlantic.

This German-rooted city in Texas Hill Country has all the usual Oktoberfest happenings but also some other fun happenings. There’s a Kraut Run consisting of 8K and 5K runs, a 5K walk and a children’s walk, a Hauptstrasse Chicken Dance lineup, and a tuba playing jamboree. 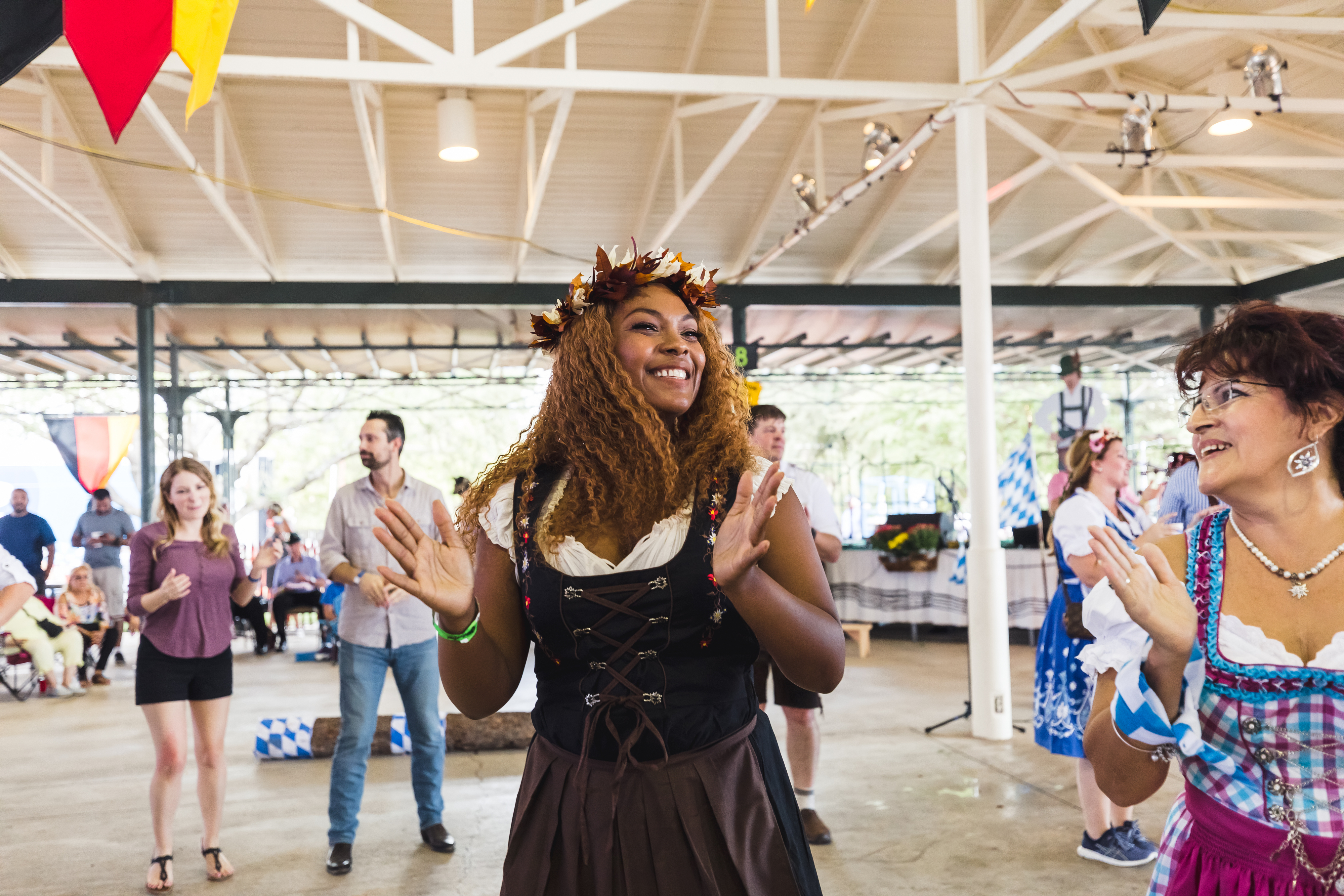 Four stages host a continuous parade of German oompah, polka and waltzing, along with German, American and Texan beers and foods. October 4-6, 2019.

In this Bavarian-themed town northeast of Seattle, the weekend-long Leavenworth Oktoberfest opens its Saturday portion with a procession with a coat of arms known as a Muenchner Kindl and an afterwards keg tapping ceremony.

The Linde Oktoberfest Tulsa has a good mix of attractions for just about every attendee. A Bavarian team cup challenge has groups of eight striving to win a tug-of-war, a bier barrel race, a krug relay race and a stein hoisting competition.

The younger set can have their own fun at a children’s tent and wiener dogs can participate in both a dash and a parade. 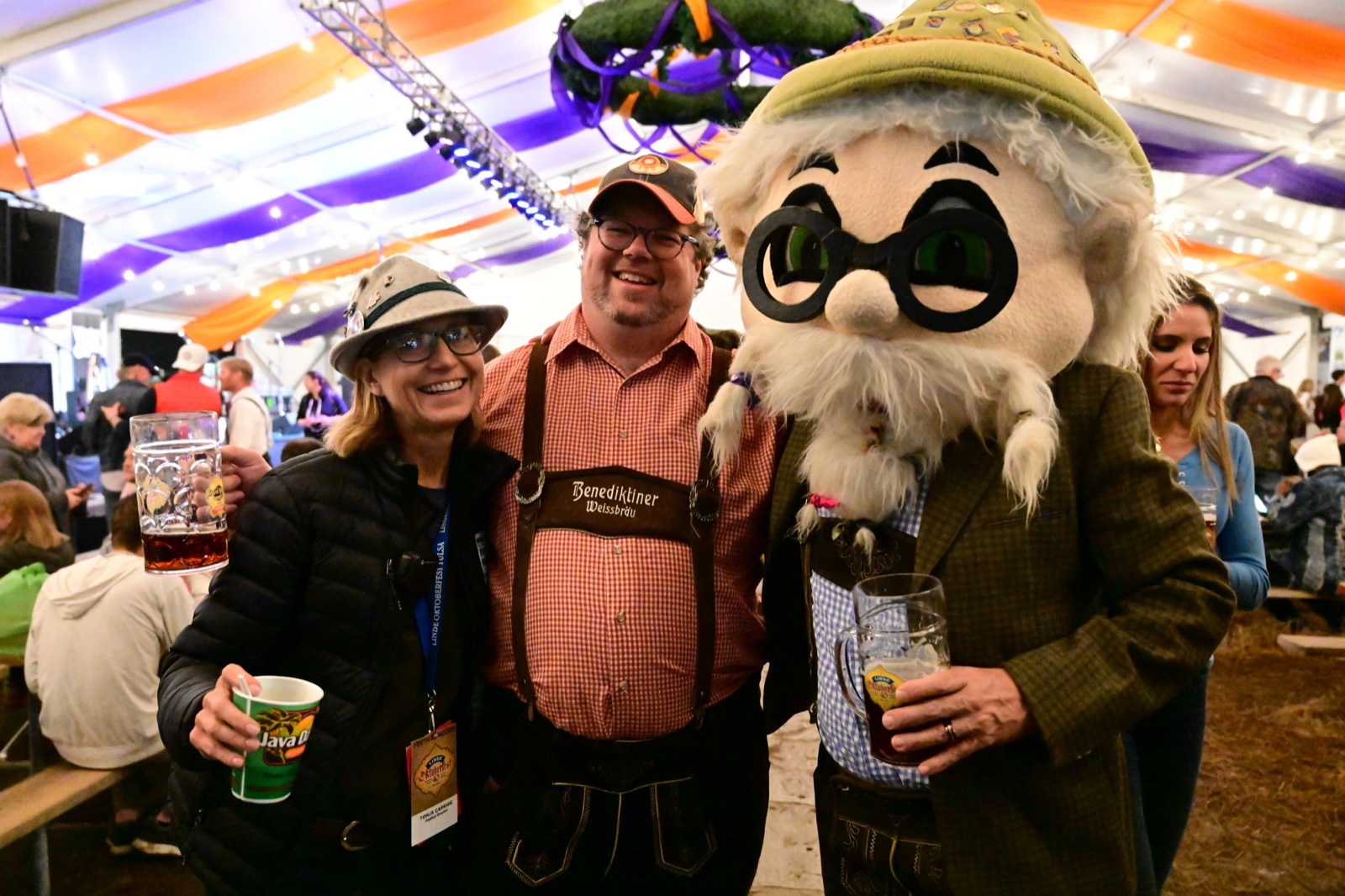 Along with bratwurst and beer and continuous entertainment by the Das Glockenspiel, Oktoberfest will usher in a new elevated dining experience, known as Restaurant am Himmel, or Restaurant in the Sky. October 17-20, 2019.

This beach city near San Diego has its family-friendly Carlsbad Rotary Oktoberfest benefiting community-related charities. There are contests for best German male and female costumes and yodeling, area-produced craft beers, Chicken Dance performances and a spread of German delicacies.

Kids can spend time at a pumpkin patch or other activities, while bands will be performing traditional German and contemporary music. October 5, 2019.

Happening in downtown Milwaukee, the city’s annual event packs in a busy schedule during its three-day run. Its Friday portion has Stein Hoisting Competition, where contestants have to maintain holding a full one in front of them at a 90-degree angle. The weekend also features a Miss Oktoberfest pageant and a Brat Eating Contest. October 4-6, 2019. 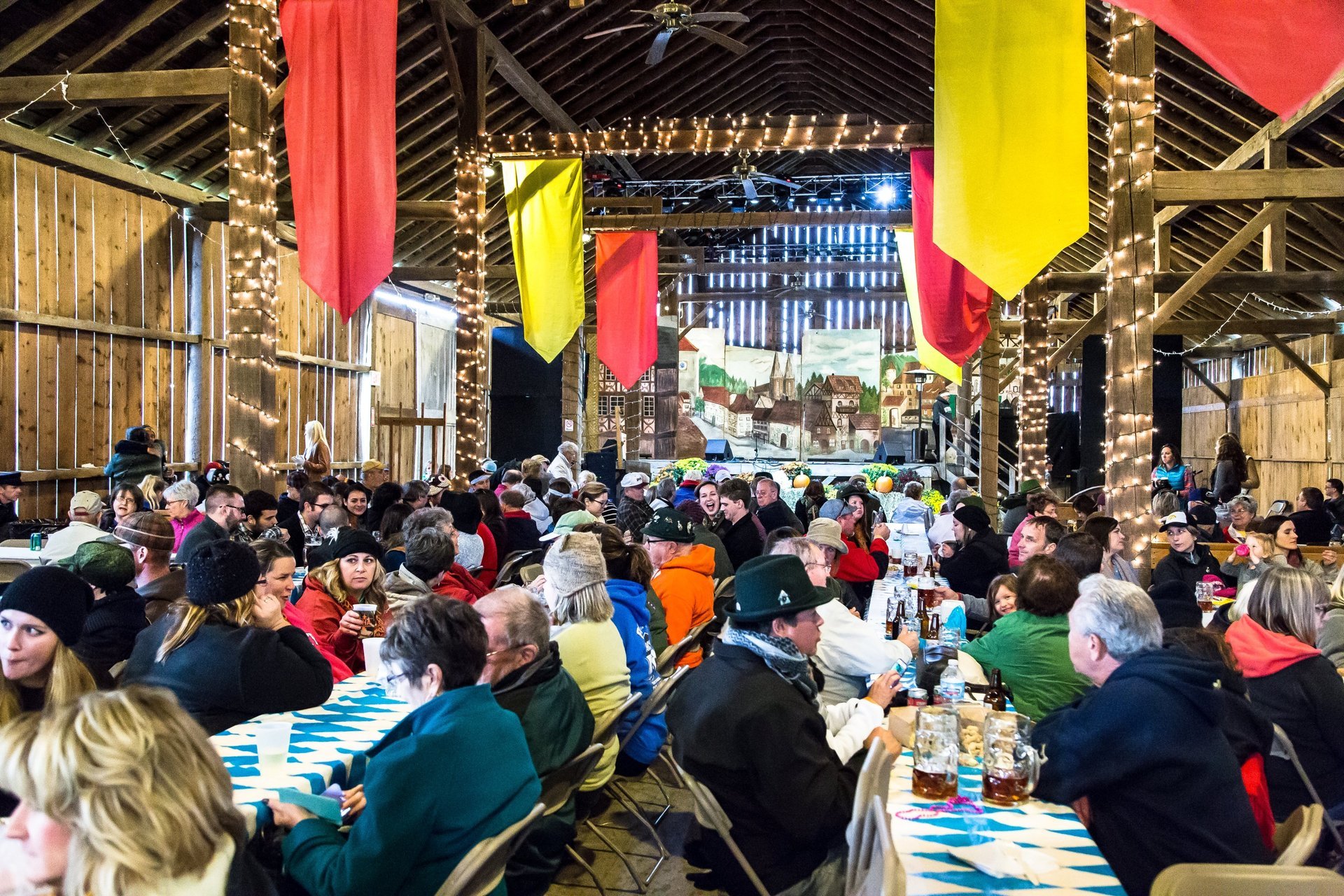 Held in an area known as the Amana Colonies, a 19th-century German settlement, the Bavarian-style fun begins with a Friday Procession and Ceremonial Tapping of the Keg on Friday. Saturday’s portion starts with a morning parade featuring locally-sponsored floats. The weekend keeps going with competitive games. The Brezel Schmeissen involves catching a fabric-made pretzel on your head wearing a plunger device, while the Eisenmann is a competition of four events – beer stein holding, a keg toss, a balance walk and log sawing. October 4-6, 2019.

This Bavarian-themed city really keeps its Oktoberfest going, as the alpine village starts theirs in September, going through Thursday through Sunday, and then runs daily through late October.

Kicking off with a parade through town, the Georgian festival pays a nod to this German tradition with the city’s Festhalle being its location. Here, see a ceremonial keg tapping and sit at long tables for feasting on bratwursts, pretzels and other dishes while watching live entertainment. From early September through October 27, 2019.

This free Oktoberfest held at SteelStacks packs in a ton of activities that are both traditional and creative. To start, at the “Hasselhoff-Off,” contestants are judged on their best impersonation of Baywatch actor and German favorite David Hasselhoff.

Then there is also a bratwurst eating competition, the Yuengling Oktoberfest 5K run/walk, a Brewers’ Village and a wiener dog parade. October 4 – 13, 2019.

How to get around New York State by train, plane and automobile
Ilegal Launches A Rare Aged Mezcal
Holiday Gift Guide: The Best New Scotch Whisky Of 2022
Discover USA: North Dakota
The 15 best experiences in Toronto