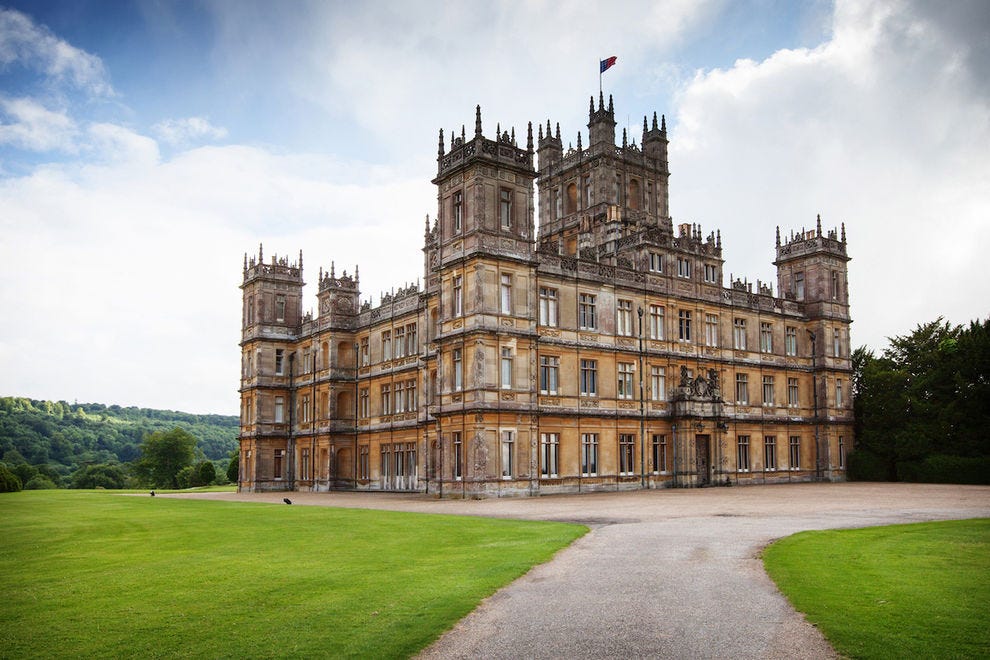 To “Downton Abbey” fans, Highclere Castle – the fictional home of the beloved Crawleys and their staff, and the real-life home of the equally-beloved Earl and Countess of Carnarvon and their staff – is like sacred, holy land. Since the show premiered in 2010, hundreds of thousands of viewers have made the pilgrimage to England to see the grand house that’s as familiar to them as their own.

With the release of the “Downton Abbey” movie, Highclere Castle is expected to attract even more guests who want to see where their favorite characters live and scheme.

“Our research shows that films are powerful motivators for travel, with almost a third of potential visitors keen to visit places seen onscreen,” said Paul Gauger, Senior Vice President for the Americas at VisitBritain. “28% of all trips to the UK include a visit to a castle or historic house, and 42% of travelers from California and the Tri-State area want to visit Highclere Castle.”

Located in the British countryside about an hour outside of Oxford, the 5,000-acre property served as inspiration for creator Julian Fellowes’ wildly successful period drama, and much of the show (and the movie) was actually filmed in the 19th century manor house.

“The estate is the most important star of the show,” admitted Hugh Bonneville, a.k.a. Lord Grantham, in a documentary about the making of “Downton Abbey.”

With a striking exterior that – unlike some of the cast members (Mrs. Hughes and Mrs. Patmore, we’re looking at you) – looks the same onscreen and off, it’s easily the most recognizable.

In fact, Highclere Castle has become so iconic that, since it opened to the public, tickets to visit always sell out quickly and lines are long as guests make their way through the house, checking out the sisters’ bedrooms, the cozy library and the dining room where so many memorable Crawley meals have taken place. 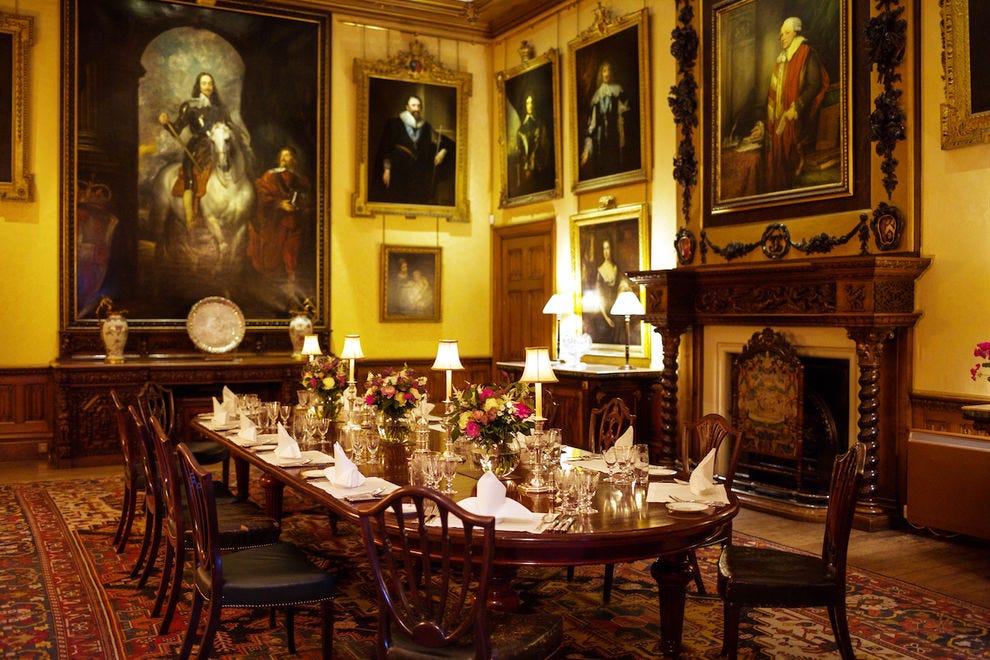 To get the most immersive and intimate experience, though, Viking – a sponsor of “Downton Abbey” from the beginning – just introduced a new pre/post cruise extension on their Rhine Getaway river cruise itinerary and British Isles Explorer ocean cruise itinerary which gives guests Privileged Access® to Highclere Castle.

“Many of our guests were introduced to both Viking and Highclere Castle while watching the ‘Downton Abbey’ series,” said Karine Hagen, Executive Vice President of Viking. “For this reason, we are linked in the minds of many ‘Downton Abbey’ fans.” 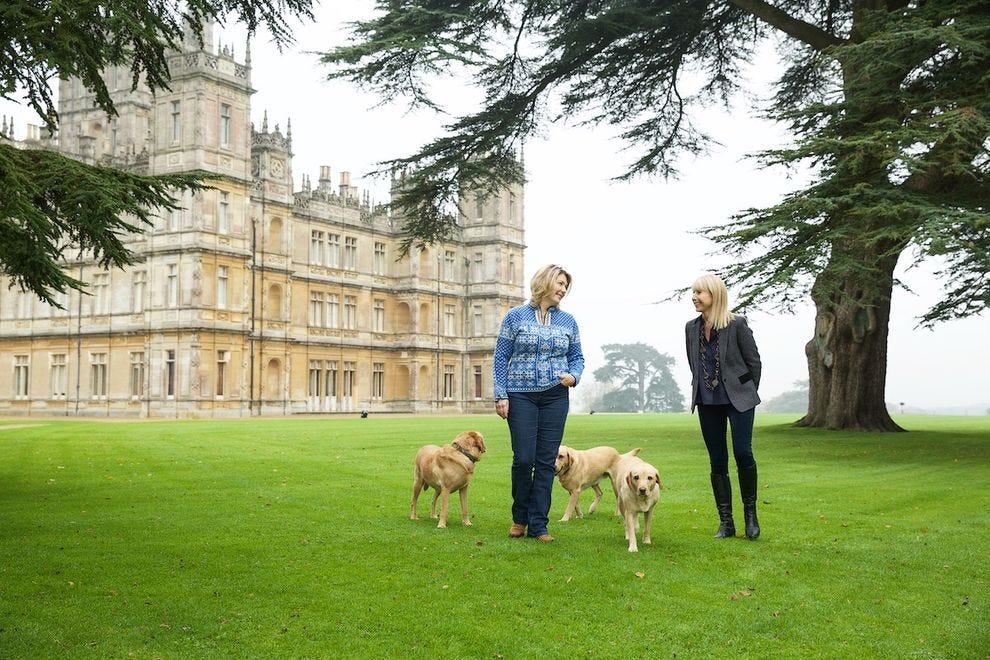 Viking’s “Great Homes, Gardens & Gin” lets you enjoy a private tour of the castle when it is not open to the public, which is a huge benefit since it gives you the space and time to really take in your surroundings and reminisce about unforgettable moments on the show. Just don’t expect to visit the kitchen and servants’ quarters. Those were constructed and filmed at Ealing Studios in London.

If you’re a “Downton Abbey” fan, there’s a magical, surreal feeling to being in the actual rooms where it happened. Just pulling up to the property and getting that first breathtaking glimpse of Highclere will cue the opening music in your head and have you looking around for Lord Grantham’s four-legged best friend.

Although you won’t be greeted by Thomas or Mr. Carson, you will receive a champagne welcome from their real-life counterparts before starting your tour led by a Highclere historian. 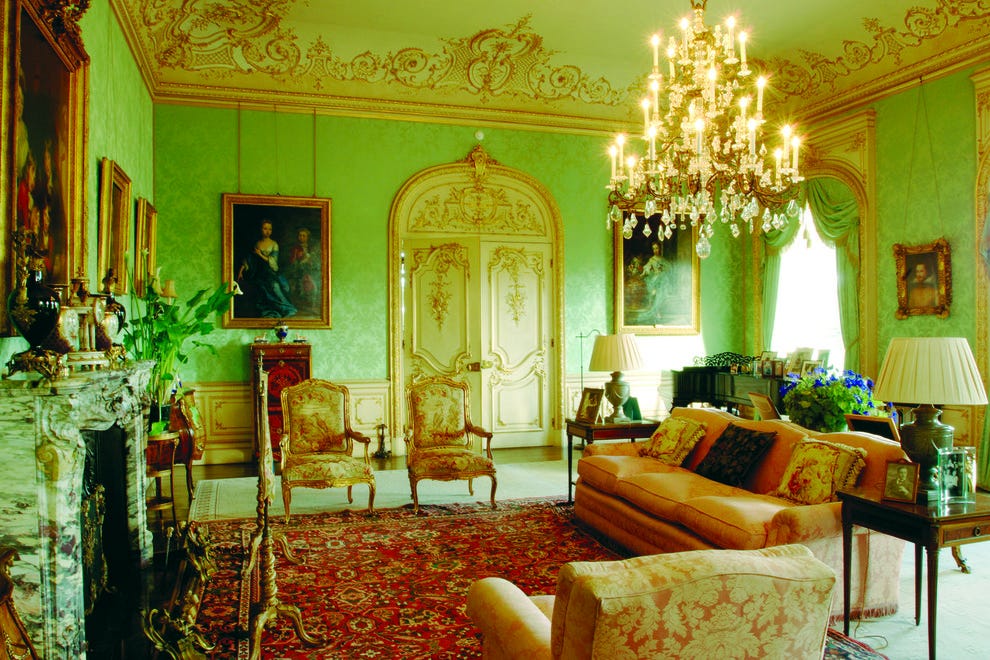 Many Viking guests do get to meet the vivacious Lady Carnarvon, who is happy to share personal stories about the 300-room castle she calls home and how life has changed since “Downton Abbey.”

“The show has been phenomenal,” she said. “It has such an authentic foundation which acts as an anchor in an uncertain world, and I think that’s partly because Highclere Castle is real. It’s all about family and friends and cooking, and it’s just as much a home to its staff. That feeling resonates with viewers.”

The new tour also offers an opportunity to taste the recently-launched Highclere Castle Gin, a super-premium London Dry Gin inspired by botanicals from the castle’s gardens, which have been featured on the show and which you can explore and pretend are your own as you walk around the stunning grounds.

After leaving Highclere, you’ll visit the charming village of Bampton, which doubles as the village of Downton. You’ll recognize many of the buildings, including St Mary’s Church, which – as St. Michael and All Angels on “Downton Abbey” – hosted some pretty dramatic events including weddings and, um, near-weddings. 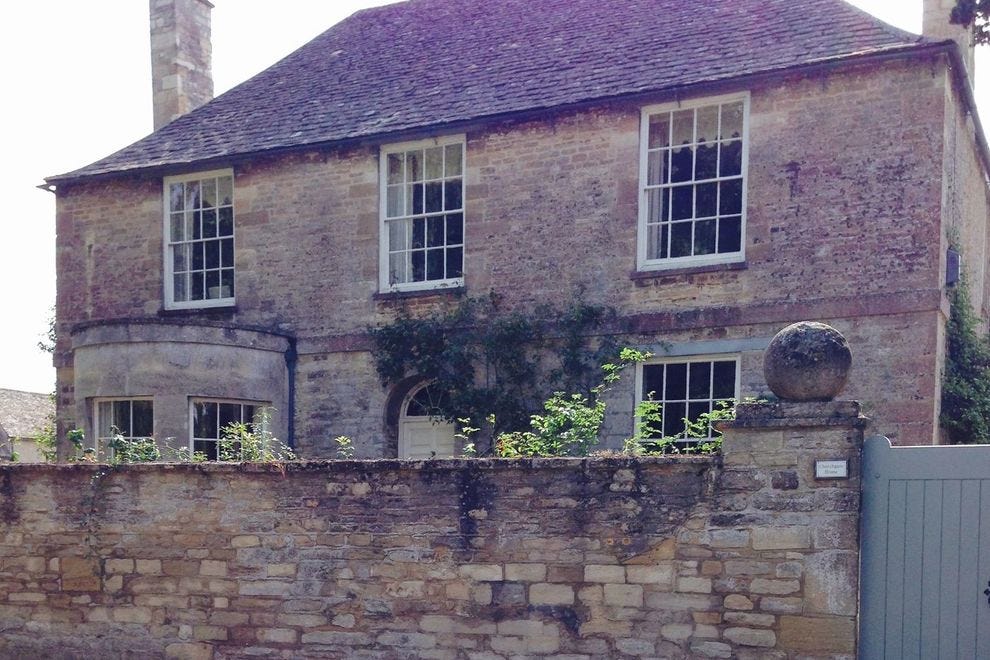 Churchgate House, the old Bampton rectory, was used for the exterior shots of Isobel Crawley’s house, and the old Grammar School building served as the Downton hospital. The building now houses Bampton Community Archive, which features a selection of “Downton Abbey” memorabilia.

“Great Homes, Gardens & Gin” may be the latest tour Viking has created to let guests experience “Downton Abbey,” but it’s not the only one. The original, “Oxford & Highclere Castle,” has been Viking’s highest-rated pre/post extension to date, and the new tour may surpass it.

Best travel gear for 2023, from carry-on bags to headphones
Custoza: An Undiscovered, Underappreciated Italian Wine Region
Enjoy a cozy, romantic vacation at these 5 towns in the Midwest
Here’s where mainland Chinese traveled overseas for the Lunar New Year
What to eat and drink in Maine