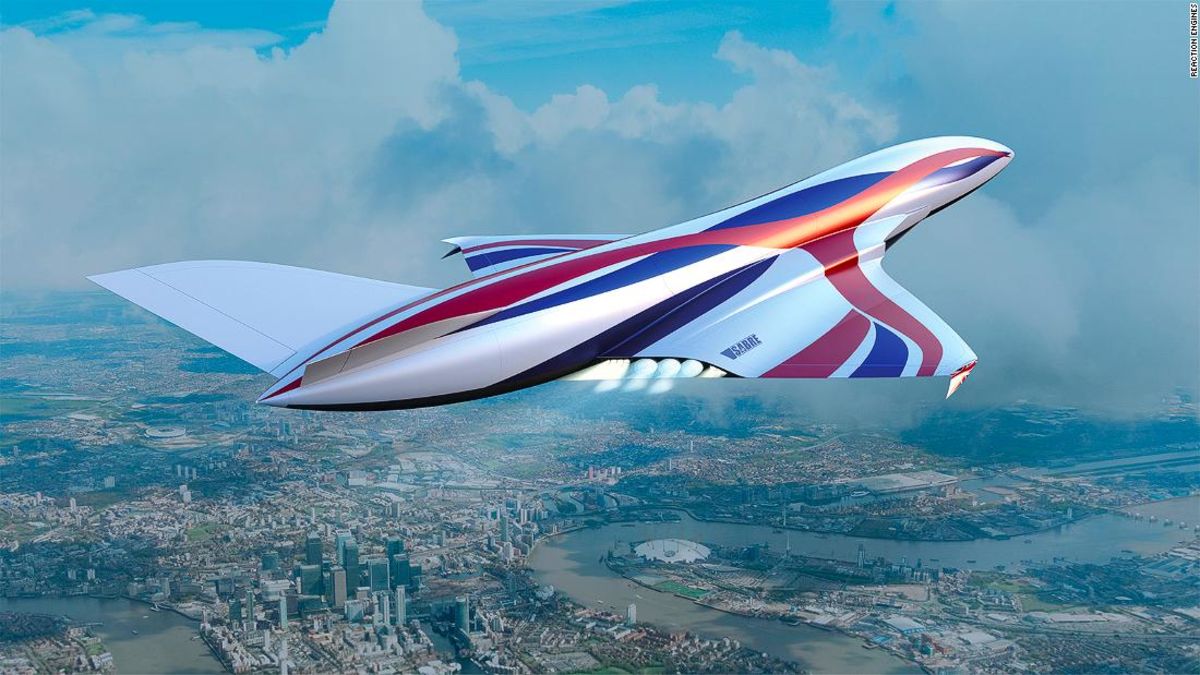 (CNN) — Flight times from London to Sydney could be 80% shorter by the 2030s, should a hypersonic rocket engine being developed in the UK get off the ground.

The UK Space Agency announced Tuesday at the UK Space Conference 2019 that it would be working more closely with the Australian Space Agency in an agreement dubbed a “world-first Space Bridge.”

The Synergetic Air-Breathing Rocket Engine (SABRE) engine, from Oxfordshire-based Reaction Engines, looks to be the jewel in the crown of this new enterprise.

“When we have brought the SABRE rocket engine to fruition, that may enable us to get to Australia in perhaps as little as four hours,” said Graham Turnock, head of the UK Space Agency.

“This is technology that could definitely deliver that. We’re talking the 2030s for operational service, and the work is already very advanced.”

The precooler passed its tests with flying colors

Fans of supersonic flight have been yearning for a new way to break the sound barrier ever since Concorde stopped flying in 2003.

In April 2019, Reaction Engines announced successful tests of a precooler, simulating conditions at Mach 3.3, or more than three times the speed of sound.

That’s more than 50% faster than the cruising speed of Concorde — which used to make the journey between New York and Paris in around 3.5 hours — and matches the speed record of the fastest jet aircraft ever made, the Lockheed SR-71 Blackbird.

The precooler tests took place at a testing facility at the Colorado Air and Space Port in the United States.

At such high speeds, air flowing through the engine can reach incredibly high temperatures, which can potentially cause damage.

Reaction Engines says SABRE combines the fuel efficiency of a jet engine with the power and high-speed ability of a rocket.

A precooler reduces the temperature of gases before they enter the core engine itself.

Recent tests prove that the component can cool gases from over 1,000 C to ambient temperature in less than 1/20th of a second, according to a statement from Reaction Engines.

Thomas emphasized that the technology could also be used in hybrid electric aviation as well as very high-speed flight.

The SABRE engine is designed to reach speeds above Mach 5 in the Earth’s atmosphere, and will then be able to turn into a rocket that can fly through space at up to Mach 25.

It “breathes” air from the atmosphere, allowing greater fuel efficiency and lower weight than existing rocket engines that need to carry their own oxygen supply.

“The main thing with Sabre is it’s like a hybrid of a rocket engine and an aero engine, so it allows a rocket to breathe air,” Shaun Driscoll, programmes director at Reaction Engines, told the UK Space Conference.

“Rockets really haven’t progressed in 70 years, whereas aero engines have become very efficient, so if you can combine an aero engine and a rocket you can have a very lightweight efficient propulsion system and basically create a space plane.”

Such is the interest in the technology that Reaction Engines has received more than £100 million ($130 million) in funding over the past four years, as well as securing investment from important industry players such as BAE Systems, Rolls-Royce and Boeing HorizonX.

The company is finalizing the construction of a test facility in Buckinghamshire in the UK, which will be the location for the first ground-based demonstration of a SABRE engine air-breathing core.