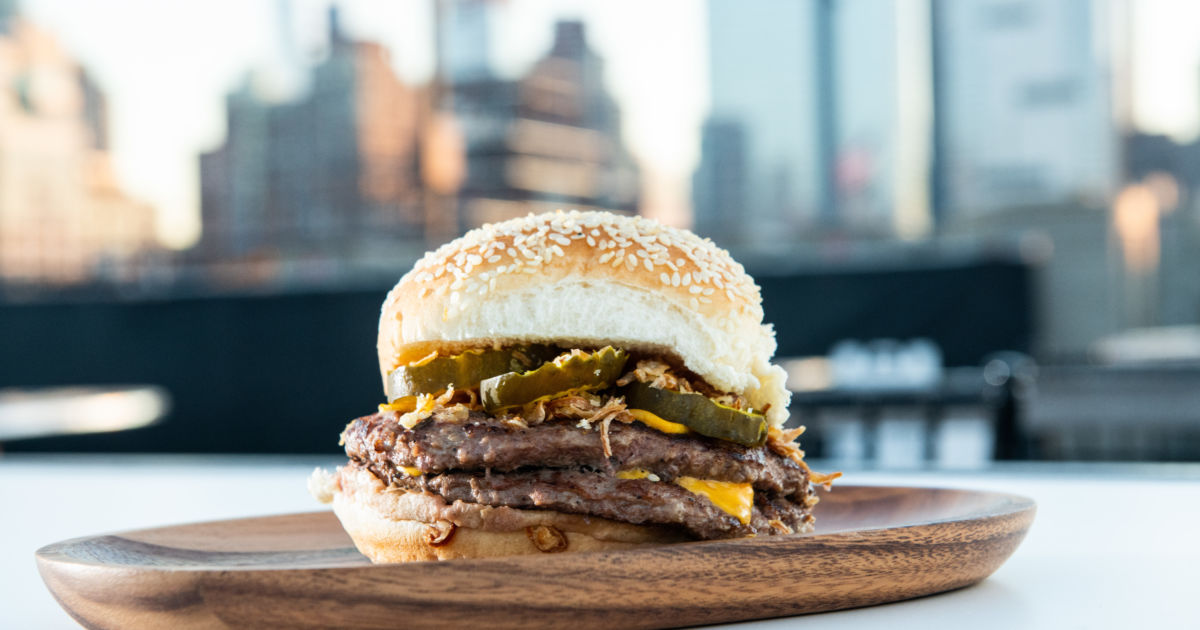 Now in its 11th year, The New York City Wine & Food Festival starts on October 10. Here’s what we’re hungry for.

Food, music, wine, cocktails and celebrities – all plunked in the city that never sleeps. If that sounds too good to be true, you’re in luck. Beginning October 10, the city will host the Food Network & Cooking Channel New York City Wine & Food Festival for a whopping four days of star-studded, and delicious, events.

Presented by Capital One (cardholders receive benefits like early admission, discounts, priority seating and admission to exclusive events) this culinary powerhouse is not only New York’s largest food and wine festival, it also donates 100 percent of its net proceeds to benefit the Food Bank for New York City and the No Kid Hungry campaign.

This year NYCWFF will offer entry into 80 events spread across the city, presenting a diverse mix of dinners, tastings and late-night parties – all while mingling with well-known chefs and culinary personalities. Looking to join the party? Here’s what we’re most excited about.

This massive tasting of over 25 of the Z100 radio show host’s favorite NYC spots is also a celebration of his new book, Where Do I Begin?: Stories from a Life Lived Out Loud. The entire crew of the syndicated Morning Zoo show will be on hand as co-hosts and in addition to a sampling of goodies from restaurants like Parm, Freeman’s, American Cut, Carmine’s and Shake Shack, you can enjoy unlimited wine, beer and cocktails. Another perk? Also expect to rub elbows with celebs like Grammy winner Alessia Cara and NBC 4 Big Apple culinary explorer Lauren Scala. October 10, 7pm

Nothing says fall like a giant stein of beer. So, join host of Bizarre Foods and three-time James Beard winner Andrew Zimmern, for NYC’s very own Oktoberfest celebration. Indulge in hearty plates and snacks like soft baked pretzels and wursts of all sorts from haunts like Blue Oak BBQ, Schaller’s Stube Sausage Bar, The Leroy House and The Standard Grill. Unlimited pours of frosty brews are a given, but you can also enjoy infinite wine and spirits. October 12, 4pm

This Sunday morning workout slash brunch event is bound to assuage all food festival-related guilt. Join restauranteur and fitness guru Michael Chernov and SoulCycle instructor Roxie Jones for a high energy circuit training class, then feast from eateries like Seamore’s, Broken Coconut and Blank Slate Coffee + Kitchen. Though this is one of a series of four events highlighting wellness and healthy eating, you’ll be happy to know mimosas will be flowing next to the coffee. Don’t worry, you earned it. October 13, 10am

This simply fabulous event is hosted by actress and host of Cooking Channel’s Extra Virgin, Debi Mazar. Though it’s a walk-around affair featuring flamboyant dishes from restaurants like Egghead, Levante, The Meatball Shop and Chef Art Smith’s Homecomin’ Florida Kitchen, you’ll also have a chance to sidle up to famed costume designer of Sex and the City, Patricia Field. Cabaret singer and drag artist Joey Arias will be performing live and you’ll be sharing your brunch bounty and Absolut Juice cocktails with NYC’s best drag queen superstars while they strut their stuff. October 12, 12pm

Learn to roll with the best at this super-popular masterclass with Iron Chef Masaharu Morimoto. Not only will you work with premium filling ingredients, you’ll learn what items need to be in your pantry to create sushi-bar grade rolls in your own home. The small class takes place at Morimoto, the chef’s flagship restaurant, and you’ll be plied with wine and a sushi tasting when you’re done learning from the master. Oct 13, 1:30pm

Nothing says New York like Broadway, and this brunch features TONY-nominated actor Alex Brightman as host to a line-up of delicious grub and performances straight from the Great White Way. In addition to unlimited drinks and bites from Big Daddy’s, Breads Bakery, Sylvia’s Restaurant and Park & Quinn, you’ll be treated to live tunes from Broadway favorites Beetlejuice, Come From Away, Dear Evan Hansen and Mean Girls. YouTube personality and comedian Randy Rainbow will also be on hand for some laughs. October 13, 11:30am

The Grand Tasting is a NYCFWW tradition in its 12th year and this six-hour extravaganza gives you access to the city’s best restaurants and some of the brightest culinary stars of our time. Your ticket allows you to sample hundreds of different wine and spirits – including the new almond-flavored liqueur L’Orgeat, brewed in Red Hook, Brooklyn, which will be making its debut at this event – as well as tastings from restaurants like the Atlantic Grill, Dos Caminos, Jams at 1 Central Park and Ani Ramen House. But it’s the culinary demonstrations that make this a truly special event, all taking place in the IKEA Kitchen and featuring over 20 superchefs from the Food Network and Cooking Channel. Get up close and personal with personalities like Geoffrey Zakarian, Rachael Ray, Aron Sanchez, Marcus Samuelsson, Alex Guarnaschelli, Rocco DiSpirito and Anne Burrell. There will also be cookbook signings, interactive experiences and a swag bag with free giveaways. October 13, 12pm