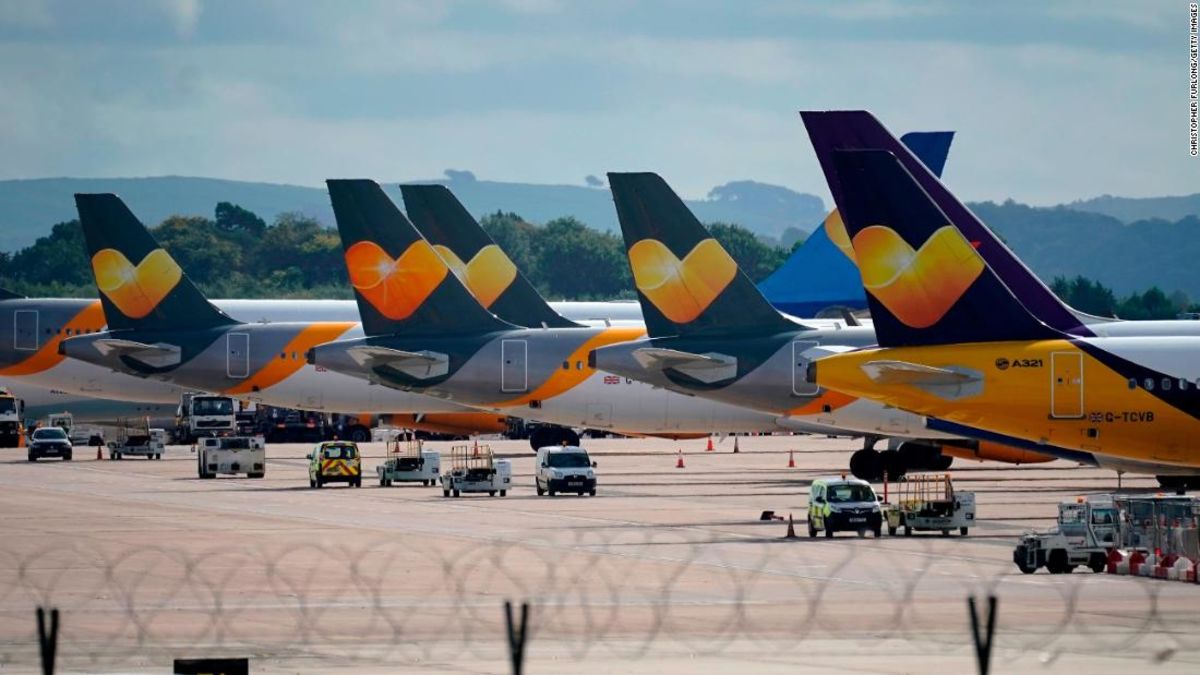 (CNN) — Efforts to rescue people stranded by the collapse of UK travel company Thomas Cook are set to continue into next month, as holidaymakers reported being locked in hotels and flight crews struggled to get home.

In Cuba, vacationers and crew members were reportedly prevented from leaving their accommodation, with airline professionals tweeting that hotels were demanding they foot the bill.

A spokesperson for the UK’s Civil Aviation Authority (CAA) told CNN Travel that the British Ambassador to Cuba had resolved the issue — and that flights were on their way home, with cabin crew and vacationers in tow.

The British Embassy in Havana, Cuba, confirmed via Twitter that hotels in Cuba “now have authority/instruction to allow customers, and air crew, to depart without paying (on the basis of ATOL guarantee).”

Meanwhile in Las Vegas, former Thomas Cook air steward Katie McQuillan tweeted that she had been “kicked out” of a hotel in Las Vegas, along with seven other stranded crew members.

She said they were offered seats on a British Airways (BA) flight, but were quoted prices of £10,000 a ticket (around $12,300) and informed they weren’t able to sit on jump seats.

The situation was later resolved. McQuillan’s latest tweet suggests that British Airways treated McQuillan and her fellow cabin attendants to a drink in the BA lounge, before helping get the ex-Thomas Cook employees home.

CNN Travel reached out for BA to comment on its involvement with the repatriation effort.

“We are one of number of airlines supporting the CAA with its efforts to bring Thomas Cook customers and crew back home to the UK,” said a BA spokesperson. “We will help as much as we can in the coming days.”

Other airlines assisting include Virgin Atlantic, who’ve set up a dedicated helpline for passengers and pledged to return crew and travelers stuck in Cuba, Jamaica and the United States.

Some ex-Thomas Cook cabin crew have taken to Twitter to thank Virgin Atlantic staff for welcoming them on board under the distressing circumstances.

It’s been an emotional roller coaster for many ex-Thomas Cook cabin crew, some of them are even assisting with the repatriation efforts, the CAA confirms to CNN.

Videos surfaced on Twitter of cabin crew fighting back the emotions to aid passengers getting home and passenger showing their appreciation via applause.

The CAA announced yesterday that 94% of Thomas Cook customers due to fly back to the UK on 24 September had been successfully transported back home.

“So far, we have brought over 95% of people back to the UK on the original day of departure of their Thomas Cook flight,” says the CAA in an online statement.

A representative for the CAA told CNN Travel that the majority of those who’ve not been brought back via the CAA chose not to take the repatriation flight and had instead booked themselves on alternative flights.

The British effort will continue through Sunday October 6.

“I would like those remaining on holiday to enjoy the rest of their stay because we aim to also fly you home on the day when you were originally booked to fly with Thomas Cook, or very shortly thereafter,” said Richard Moriarty, chief executive of the CAA.

“This remains a highly complex operation and I would like to thank holidaymakers for their patience as some inconvenience and disruption is likely.”

CAA has a “guidance by destination” landing page that directs traveler towards departure airports and offers information about new flights.

If you’re stuck abroad and experiencing accommodation issues, the CAA spokesperson tells CNN Travel their official advice is not to pay again — and to instead call and notify that you are experiencing issues.

If you are protected by ATOL and you pay for any of these services while you’re abroad you will be able to claim back those costs.