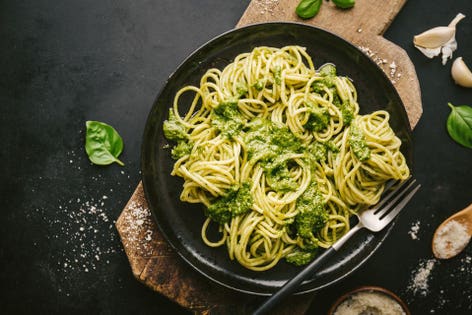 Food enthusiasts will be looking for more than Halloween treats come late October, thanks to Discovery, Inc.’s reveal today that they will be launching Food Network Kitchen, the first-of-its-kind direct-to-consumer product that will allow viewers to connect and learn, question, and ultimately create optimal mealtime experiences in their own spaces, thanks in part to Food Network’s popular and extensive content and a collaboration with Amazon.

In an interview today with Forbes.com, Peter Faricy, CEO, Direct-to-Consumer for Discovery, Inc. and formerly Vice President of Amazon Marketplace, said it was during his second day on the Discovery team that Discovery, Inc. President and CEO David Zaslav asked the question that sparked the idea for Food Network Kitchen.

“You know, I had just joined from Amazon and that’s exactly the kind of thinking big that we did during my 13 years at Amazon…one of the things that I learned in learning more about the Food Network is that consumers have loved our TV shows year after year…It’s one of the highest rated channels period, on TV. But you know, the fact is that they’ve always wanted for us to help them bring it into the kitchen,” said Faricy.

Said Zaslav in today’s press release, “Food Network Kitchen brings the top chefs in the world directly to consumers’ kitchens through first-of-its-kind live interactive cooking classes, seamless e-commerce transactions, and the richest culinary media ecosystem in the world. We are re-imagining the direct-to-consumer experience as not just another entertainment service but as the ‘Peloton of Food’ accessible to everybody. Through Food Network Kitchen’s proprietary streaming technology and our foundational partnership with Amazon, we believe this is a truly differentiated product that will make customers’ lives better. With hundreds of the world’s leading cooks offering live and on-demand classes every day, we want to be the trusted partner to everybody who wants to cook and loves to cook. No one needs to be alone in the kitchen again.” Discovery’s entertainment portfolio includes Food Network, Discovery Channel, HGTV, TLC, Investigation Discovery, and OWN: Oprah Winfrey Network.

Bringing the rockstars of the food world into the mix, Food Network Kitchen will include a live interactive cooking platform featuring popular chefs and culinary experts including Rachel Ray, Bobby Flay, Daniel Boulud, Guy Fieri, Ina Garten and Buddy Valastro. That means viewers have the potential to ask the Cake Boss exactly how to frost that cake or prevent a baking fail. And Alexa will have her hand in much of it.

“We’re thrilled to be working with Discovery to bring the new Food Network Kitchen content to Echo Show, Fire Tablets, and Fire TV. We hope the combination of Food Network’s world class cooking content and the simplicity of Alexa inspires and delights customers throughout every part of their cooking journey – whether they’re a seasoned cook or just starting out,” said Dave Limp, Senior Vice President Amazon Devices and Services, in a released statement. “We look forward to hearing customers’ feedback on this experience and continuing to expand the offerings over time.”

Those who miss the live shows won’t be left in the dark, as Food Network Kitchen will offer over 800 on-demand cooking classes, video recipes, 3,000 instructional videos, and 80,000 recipes.

Fearing more time in the kitchen might mean less time for errands? Food Network Kitchen will offer home delivery for ingredients via the app using Amazon Fresh (in select cities). More food assistance and moral support will also be rolled out in 2020 when the product offers live culinary support (24/7, 365 days a year).

What is the goal for Food Network Kitchen? Faricy believes it is creating the opportunity for viewers to up their game in the kitchen, creating confident cooks that make them “heroes with their family.”

“People love to make food that others appreciate and love themselves,” notes Faricy.

Of course the company hopes that these programming experiences will generate more fun and joy in the kitchen, but is there enough food-related curiosity to propel the success of this product?

“We have a famous stat that we love to talk about—last Thanksgiving during the Thanksgiving season, we had 80 million people come to Foodnetwork.com to get advice and get help on their Thanksgiving meal,” says Faricy.

Clearly, there are a lot of Food Network fans and they aren’t afraid to ask for help. While the product promises to be intuitive and easy to use, Faricy suggests that for those who feel a bit tech-challenged, they might begin by using the app on their most familiar device (The Food Network Kitchen app will be available across all Amazon devices and available on iOS (iPhone and iPad) and Android).

For consumers who want to get a jump-start on holiday meal planning, an initial free trial period of three months/90 days will be made available at the late October launch, along with a limited-time discounted rate of $47.99/year. Consumers can also sign-up for free access to a limited selection of videos and recipes. Subscription to the full suite of premium features will be $6.99/month or $59.99/year.