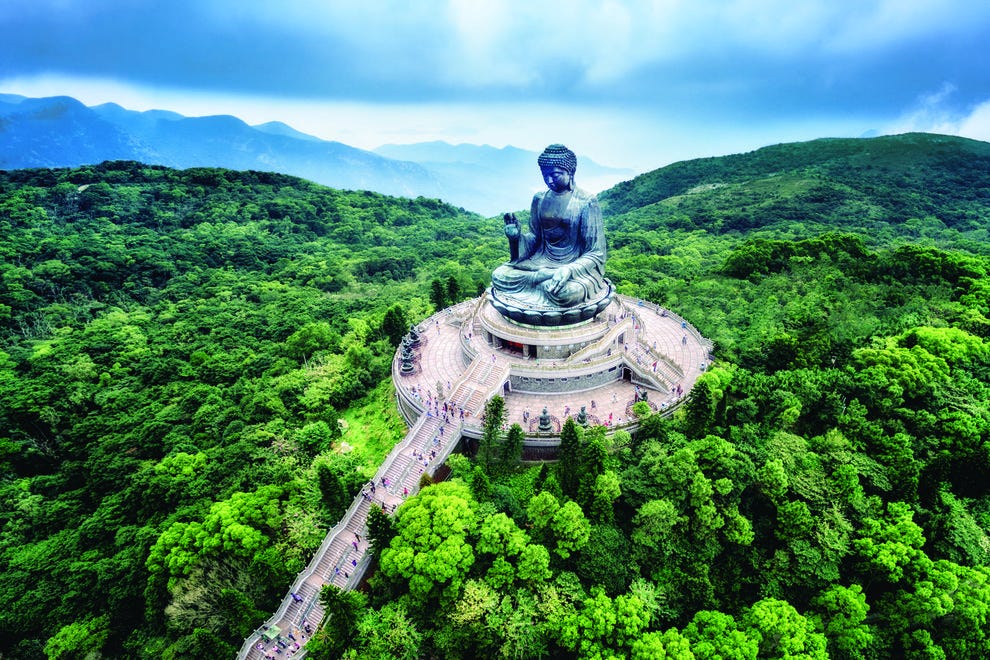 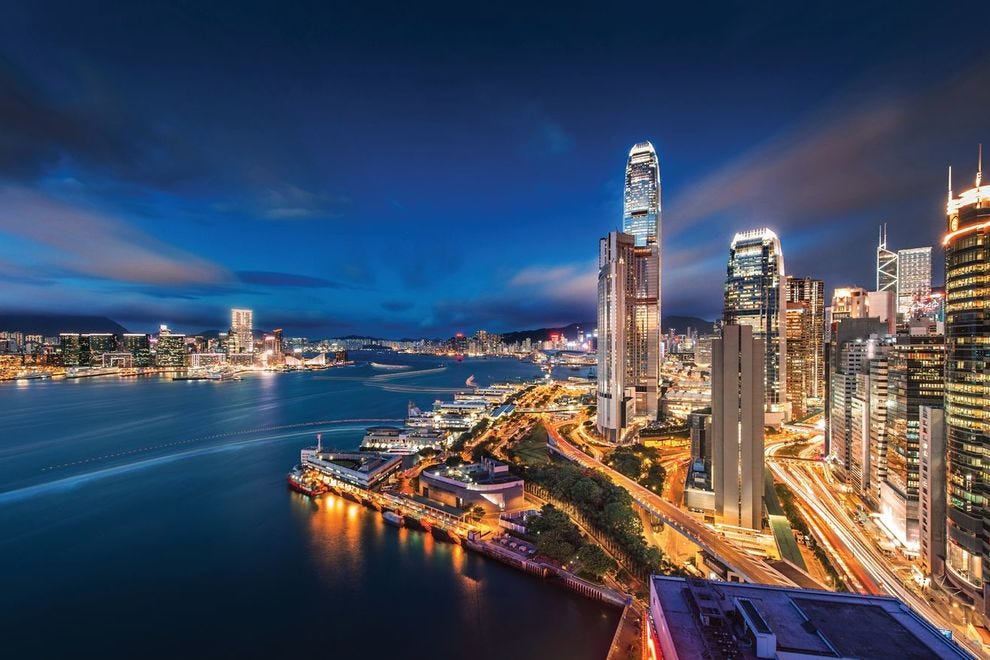 Hong Kong is easy to love and hard to leave. There are countless ways to enjoy this hilly, verdant destination – whether you choose to embrace the sensory-overload vibrancy of downtown or the relative tranquility of jungle-like urban trails.

We’ve found several ways to enhance your trip, dependent on your travel style and how much luxury you crave. For starters, we’d recommend pooling together as many air miles as possible (for business class upgrades you won’t regret) and looking into the benefits of free-to-join loyalty travel programs like Marriott Bonvoy, launched earlier in 2019 by Marriott International.

Accommodation options here are endless, ranging from those in the center of the action to those in quieter zones like Hong Kong Ocean Park Marriott Hotel, found on the southern coast of Hong Kong Island. While the lagoon-pool area proves an obvious draw, the HARNN Heritage Spa beckons even more convincingly, especially after a flight halfway around the globe. Book a jet lag-busting facial, body wrap or a 60-minute Oriental Acupressure Massage that begins with a decadent foot ritual. 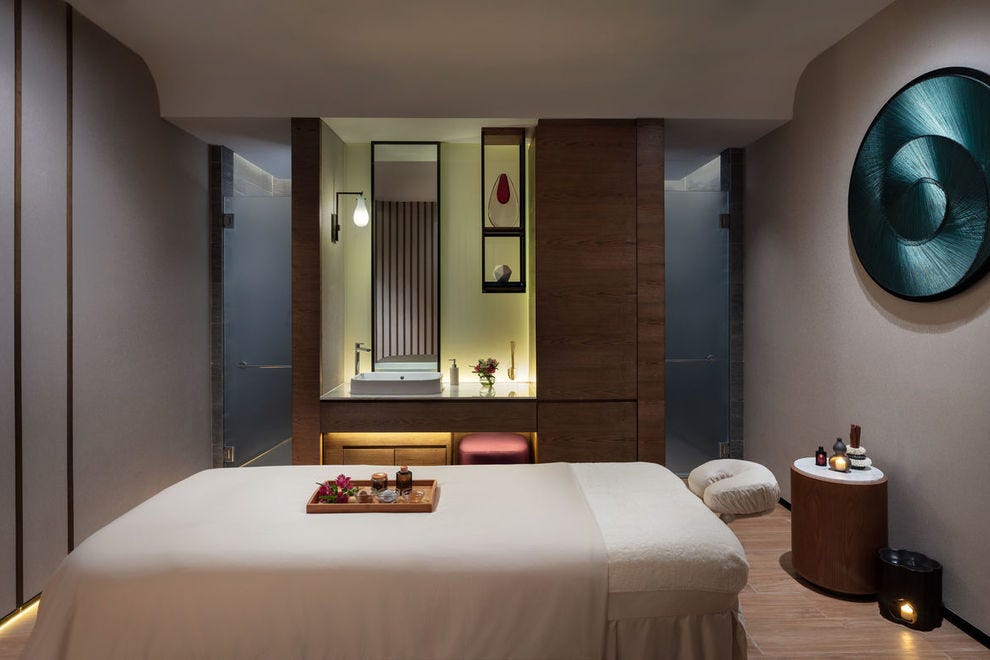 For those seeking ultimate opulence, the 27-story St. Regis Hong Kong lures guests to the Wan Chai District for prime pampering in a most decadent setting. Renowned interior designer André Fu intended to create the feeling of a mansion and capture the essence of the original St. Regis in New York, while also tapping into memories of the city he grew up in.

He didn’t want anything literal and instead desired, as he explained, “small moments, little things that for me represent [Hong Kong].”

The extraordinary property has a tranquil garden that’s “Western in approach,” yet adorned by a beautiful moon gate, as well as four dining outlets with Michelin-starred chefs at the helm. In addition, in-house guests unwind at The Verandah Pool & Bar in the midst of a waterfall and dreamy lantern features. Even if you’re not staying here, treat yourself to jazz-accompanied cocktails in the St. Regis Bar or the relaxing ritual of afternoon tea in the Drawing Room. 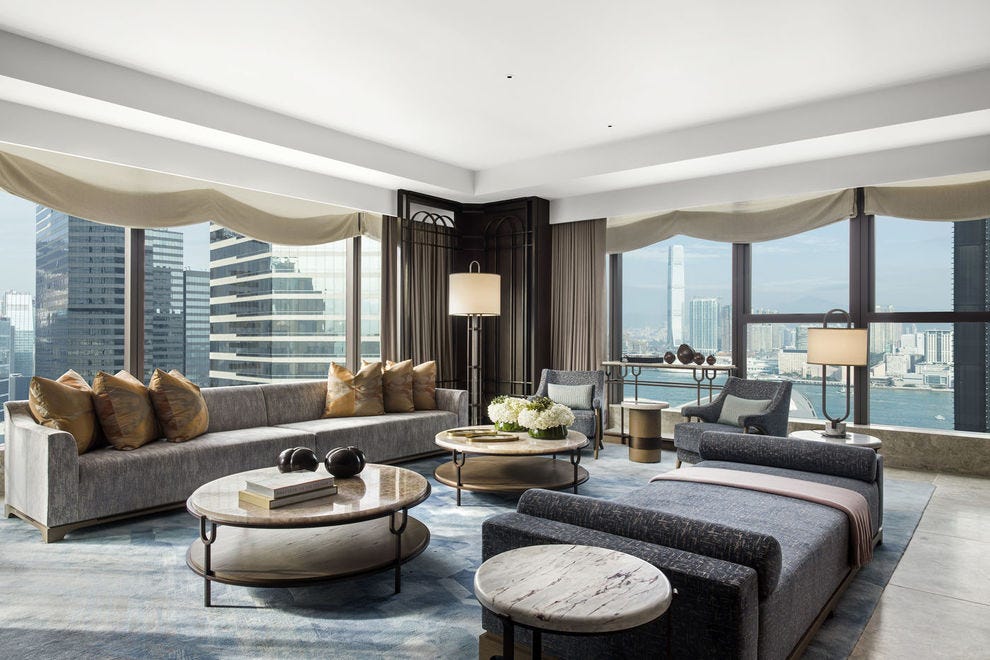 The 129 guest rooms and suites weave together Eastern and Western influences (a muted palette of gray, aubergine, warm orange), while design elements help “celebrate the location.” Take, for example, panels above the headboard that resemble shutters found on old Hong Kong’s little shops. Elegance graces every amenity from customized Frette linens to curated minibars featuring vodka, rum and gin produced for the hotel by Parisian distillers.

If experiencing local culture tops your priority list, expose yourself to Cantonese opera at the Xiqu Centre, the first performing arts venue in the West Kowloon Cultural District. And delve into another facet of the arts at the Centre for Heritage, Arts and Textile (CHAT) inside The Mills, a textile-factory-turned-cultural hub located in former industrial area, Tsuen Wan.

Hong Kong offers a seemingly endless supply of entertainment options from live music venues to nightclubs. Programs like Marriott Bonvoy Moments help guests narrow down all the local options by organizing cool, behind-the-scenes experiences that can be redeemed, whether related to culinary, sports or music happenings (that might be tricky to navigate on one’s own). 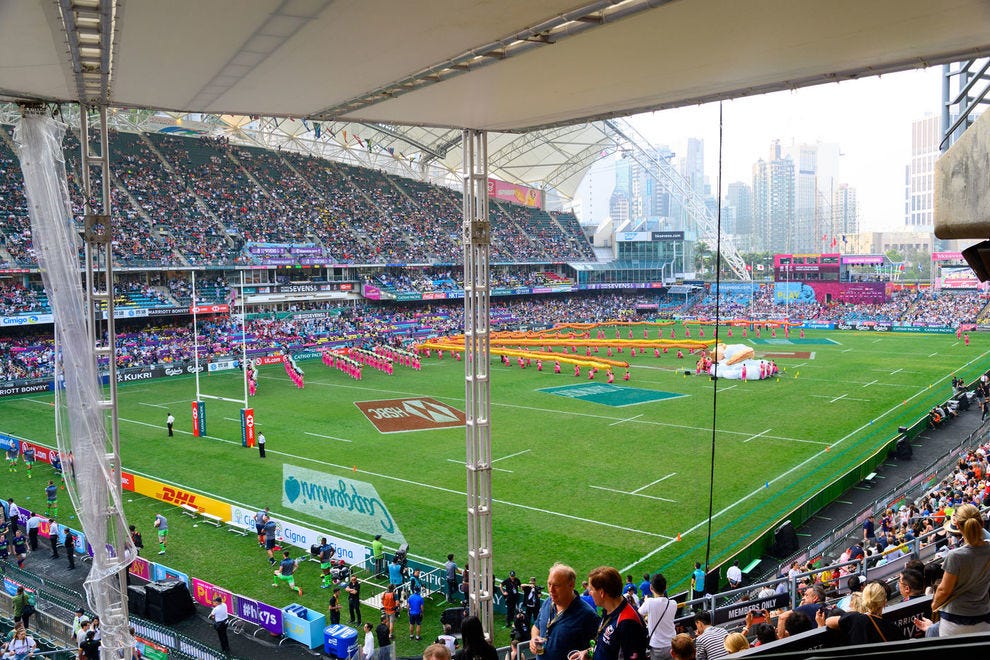 To get around the city, locals suggest taking the double decker bus from Central or Admiralty to Stanley and enjoying mountain and ocean views along the way. It’s also simple to hop in a taxi or Uber or to use the efficient and extensive public transport system (easily accessed by purchasing an Octopus Card).

For farther jaunts, test out the region’s impressive infrastructure on the Hong Kong-Zhuhai-Macau Bridge, the world’s longest bridge-and-tunnel sea crossing, or the Guangzhou-Shenzhen-Hong Kong Express Rail Link that offers speedy service to cities across mainland China, including Beijing and Guangzhou. 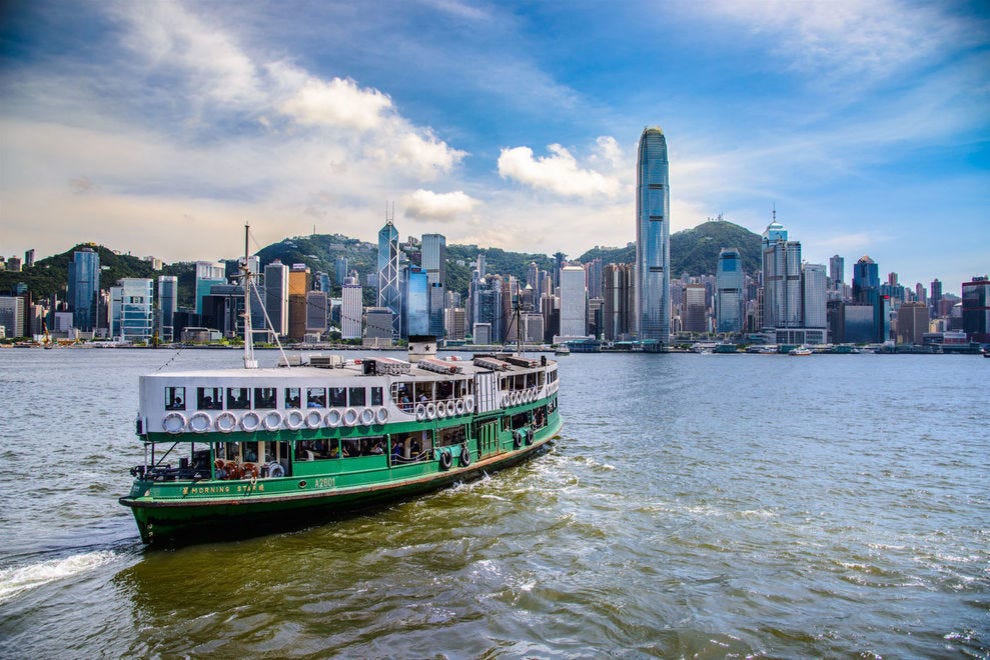 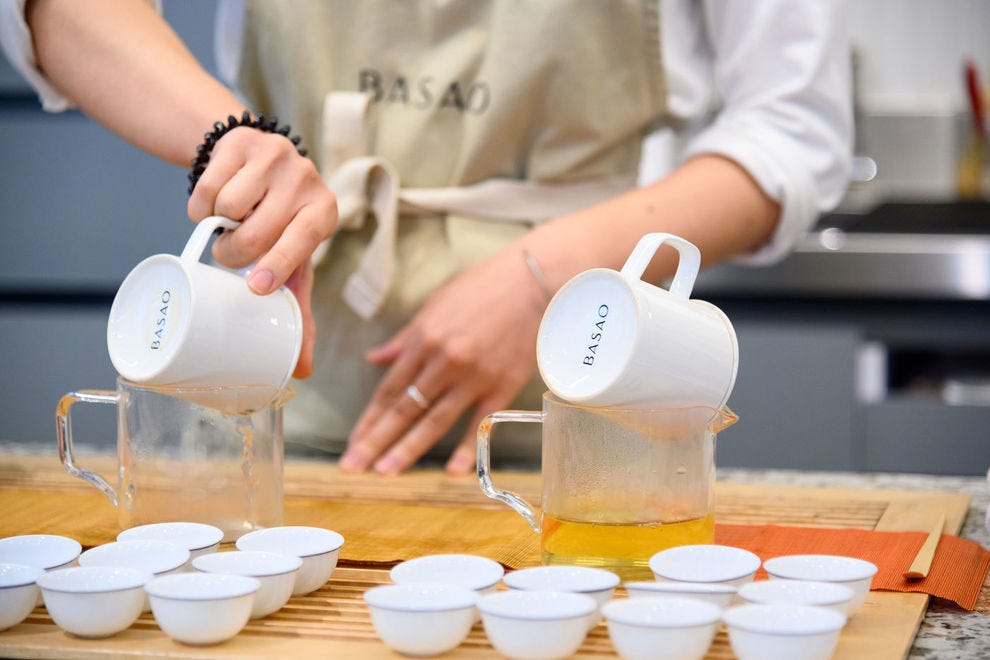 At Happy Paradise, Chef May Chow has created a modern, neon-lit version of a cha chaan teng (traditional tea restaurant), allowing diners to sample neo-Cantonese cuisine in a hip space. For a sky-high treat, order a cocktail at CÉ LA VI, which spans three floors and 11,000-plus square feet perched above Lan Kwai Fong, including the rooftop (sky deck) that wows with panoramic views of the iconic skyline.

Throughout Hong Kong, nature lovers enjoy easy access to the great outdoors within city limits. Trails and parks abound, with highlights ranging from the MacLehose Trail (which runs for 62 miles from coast to coast) to the Kung Country Park, where Tai Long Wan beach can only be accessed by foot or by boat. For a less crowded hike, try the locals-recommended High Junk Peak, topped off with some lounging on the sands of Clear Water Bay.

To add an elevated twist to a typical sightseeing experience, settle into the VIP gondola on the Hong Kong Observation Wheel, which grants magnificent views of Victoria Harbour. As you soak in the bird’s-eye views of this extraordinary city buzzing below, you’ll no doubt feel extreme gratitude that your adventures have landed you here.

Why kids will love New Orleans as much as you do
NFTs Debut With Interactive Gin, Whiskey, And Fine Wine Projects, Revolutionizing The Spirits Industry
What to eat and drink in South Africa
Downward Dog with dogs: Do yoga with animals at these 10 hotels and retreats
Austin’s top 6 neighborhoods for staying close to the action