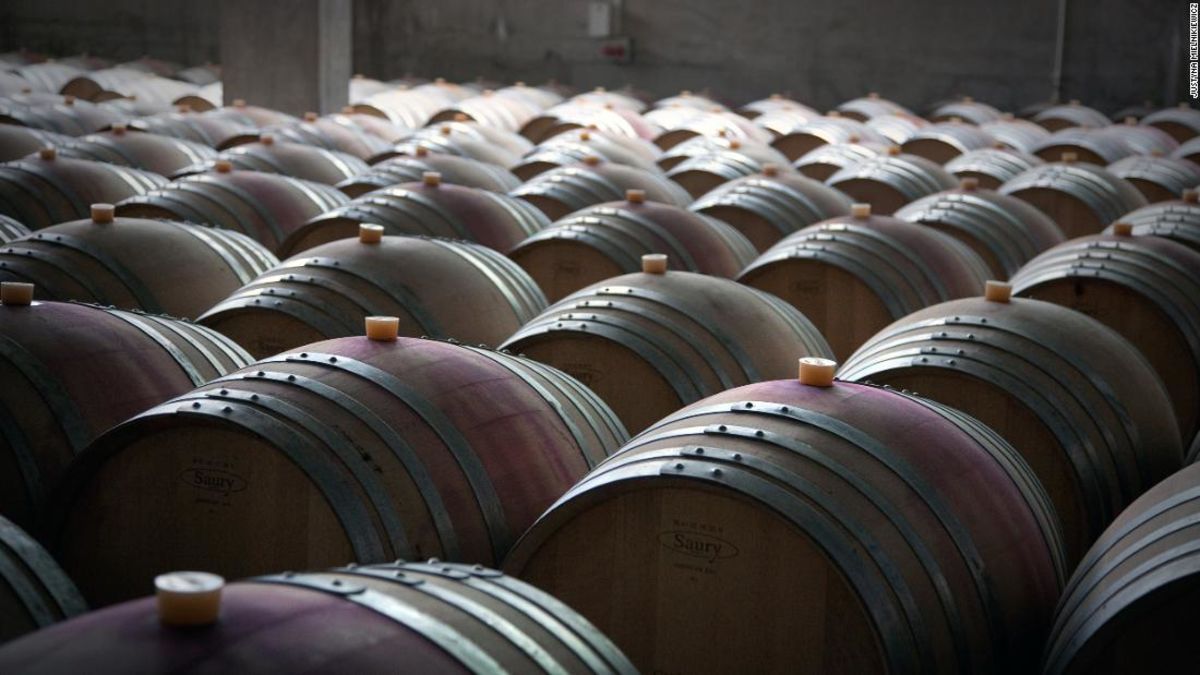 (CNN) — Six thousand years before Christ turned water into wine, the ancestors of modern-day Georgia were turning grapes into it. It’s thanks to these imaginative Stone Age sapiens that today we enjoy Gamay from Beaujolais, Chianti from Tuscany, Rioja from Navarro and Cabernet Sauvignon everywhere from France to New Zealand.

Varietals from the birthplace of wine, however, have remained largely unknown to Western palates — until now.

Today, Georgian wine is recovering from nearly 100 years of isolation and destruction by a system that industrialized viniculture and institutionalized the practice of making bad wine. The small country — about the size of West Virginia — was the chief provider of wine to the entire USSR.

But because the Soviets prized quantity over quality, they mostly cultivated the high-yielding red Saperavi and white Rkatsiteli grapes and put scores of remarkable but low-yielding indigenous vines under the plow.

Although 563 varietals had been recorded, Communists made just seven varieties of wine.

Adding sugar and water to the wine ensured the Kremlin’s quotas were met. Villagers also adopted the practice to stretch what little wine they could afford to make.

Monks in Georgia have been making wine since the sixth century. Their traditional methods are now winning international awards.

“We lost a lot of our traditions,” says Vakhtang Barnovi, a retired agriculture engineer from Akhalkalaki, in central Georgia.

“We used to have a ‘green harvest,’ when we trimmed the weak grapes from our vines so that the bigger grapes became stronger and acquired more sugar. The communists ignored that and just harvested all the grapes, big and small.”

When the USSR collapsed, Georgia continued to export plonk to Russia, its main market.

“Everyone knows the Russians will drink anything,” says Barnovi, citing a common refrain. If it was bottled in glass, it was bad. Good stuff came in used plastic bottles and jerry cans from friends and family in the villages while some wineries, like Sagarejo Georgia, were in the business of making good table wine for local restaurants.

March 2006 was a watershed moment when Russian President Vladimir Putin put an embargo on Georgian wine, eliminating 90% of the export market overnight.

The idea was to punish Georgia for its Western aspirations, but Putin ended up rescuing the wine industry as the country was suddenly forced to make good wine and look for more reliable trading partners.

“It was a big poke for small and big wine companies,” confesses Malkhaz Kharbedia, president of the Georgian Wine Club.

The rebirth of Georgian wine

The wine growing estates of Chateau Mukhrani are about 25 minutes’ drive from Tbilisi.

While large wineries expanded their market to China, Central Asia and parts of Central Europe, small, family winemakers began bottling wine for sale. They exploited a niche that no one could compete with; an 8,000 year-old tradition of making natural wines in kvevri, large terracotta amphoras buried in the ground.

“Before 2007 there was virtually no bottled kvevri wine in Georgia,” Kharbedia says — it had stopped in the industrialization of communism.

While kvevri wine only makes up about three percent of Georgia’s wine export, it is responsible for 100% of the buzz. Virtually every story written about Georgian wine mentions the kvevri, along with amber wine — the technique of making white wine with skin maceration. It’s bolder and more tannic than conventional whites.

In the West, where it’s called “orange wine,” it’s seen as a new trend. Georgians, however, have been using this method since winemaking began.

There are over 500 indigenous grape varieties in Georgia, many of which are only now being rediscovered and nursed back to life.

The eastern region of Kakheti is a huge grape basket and accounts for some 60% of the country’s vineyards. Shida Kartli in central Georgia is an under-recognized wine region that was once famed for producing wine for Georgian kings, whose rule came to an end in the 19th century.

Imereti in the west has a milder climate — its grapes pack more acid and are typically pressed into wine with no skin contact. Racha, a tiny mountain region is renowned for its sophisticated vintages, despite being the smallest wine producer in the country.

Meaning “dye”, this is the mothership of Georgian wine. Predominately grown in Kakheti, this dry red is referred to as “black wine” because its red pulp and dark skin give it a deep purple color. It is sometimes called “liquid food” for its heartiness. Papari Valley (+995 599 475 832) makes a consistently gorgeous kvevri Saperavi.

Also from Kakheti, this is Georgia’s most popular white. It is traditionally made with long skin contact, which produces a full-bodied, honey-colored wine. It is often blended with Mtsvane, another white, and sometimes fermented with no skins, which Georgians call “European” style. Chona’s Marani, in Telavi, bottles an impressive kvevri Rkatsiteli and Rkatsiteli-Mtsvane blend, both packing a deeply floral nose and a nutty finish.

A Kakhetian white believed to be a hybrid of Rkatsiteli and Mtsvane that the Soviets decimated for its low yields. More subtle than Rkatsiteli, it is sometimes made into semi-sweet wine. Pheasant’s Tears is a small winery producing quality natural wines, including an understated Kisi that brings to mind ripe pear and saffron.

lso known as Chinebuli (which means “exquisite”), Chinuri is Shida Kartli’s main white, often used in the production of sparkling wines. It is typically associated with green apples, wild mint and honey and straw colored after skin contact. Samtavisi Marani (+995 568 500 500) has the Midas touch to make this wine as splendid as its name implies.

A rediscovered Shida Kartli red. Depending on where it is cultivated, the grape can become a full-bodied or more delicate wine. It is a wine for people who love sour cherries and blackberries. Not many winemakers are bottling it, but in Tbilisi, Alapiani (+995 555 272 017) is doing a marvelous job at making the glorious red that Georgian kings once toasted with.

Another Kartli red that almost disappeared. It does not self-pollinate, so it needs to grow with other vines. Cultivated with a white like Chinuri will make a light red, while planted with Shavkapito will give it more body. It is often made into a rosé and sometimes into a sparkling wine. The Wine Artisans in Tsedisi are one of the few winemakers turning this grape into nectar.

A popular white from Imereti known for its fullness, citrus tones and wildflower bouquet. Local winemaker Gaioz Sopromadze Wine Cellar (+995 595 786 131) continues a family tradition of making Imeretian wines that goes back to 1914. Chilled, his Tsolikouri is perfect for a summer day swinging in a hammock.

One of the oldest grapes in west Georgia. Its softness has made it popular in sparkling wine and as a blend with Tsolikouri. Baia Abuladze is a 26-year-old winemaker making lovely Imeretian wine. Her Tsitska is crispy with tones of honeydew.

An appellate blend that goes back to the 1870s when Prince Dimitri Kipiani mixed red Aleksandrouli and Mujuretuli into a semi-sweet nectar. Because Joseph Stalin was believed to favor it, Soviet citizens took a hankering to semi-sweet wines and Kvanchkara was counterfeited to meet the public demand. Russians continue to expect sweet wine from Georgia. Royal Kvanchkara bought the former Soviet winery, which was stolen from Kipiani, and has picked up where the prince left off.

One of the oldest vines in Samegrelo, west Georgia, its name means “grapevine growing on a tree” and it produces a deep, spicy red wine. In Tbilisi, Oda Family Wine (+995 598 900 379) is made by Keto Ninidze. Her husband, Zaza Gagua also makes his own wine, Vino Martville. Both are dedicated to resurrecting the west Georgian wine culture destroyed by the Soviets and have planted several rare endemic vines for future bottling. Their Ojaleshi is velvety grace.

Where to buy wine in Tbilisi

US importers of Georgian wine