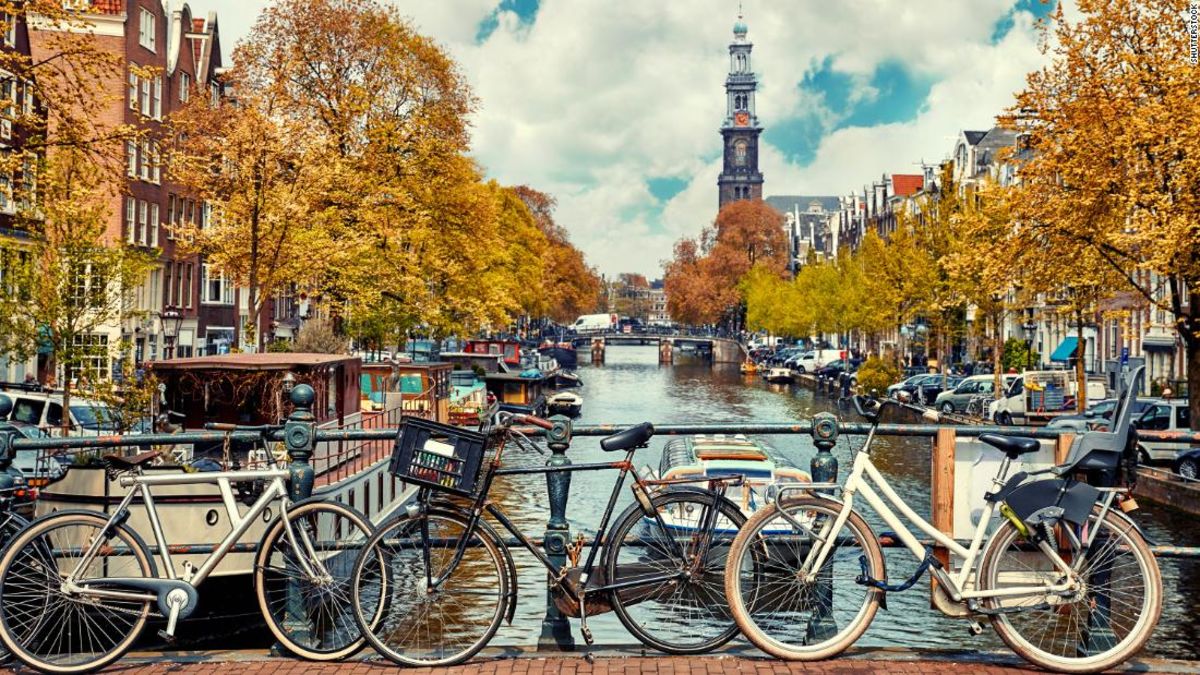 (CNN) — It already has one of the highest tourist taxes in Europe.

And from next year, Amsterdam will be requesting even more money from its visitors, potentially making it the highest on the continent.

The Dutch capital will be adding a levy of €3 per person — about US$3 — per night for travelers staying overnight in hotels.

That’s in addition to the 7% of the room rate it currently charges.

The move means that a night in a one-star hotel in Amsterdam will almost certainly incur a higher tax levy than the top five-star hotels in other major European capitals.

Tim Fairhurst, director of policy for the ETOA (European Tourism Association), told CNN: “It will likely make Amsterdam’s the highest overnight tax in Europe, on average.”

In Berlin, where the tourist tax is 5%, the most expensive hotel on that date — the Hotel Adlon Kempinski, where past guests include Barack Obama, Angelina Jolie and Michael Jackson, who infamously dangled his baby off a balcony there — charges €249.35 for the room, and €11.65 in tourist tax.

Rome currently has the highest fixed price tax in Europe, at €7 per person per night in a five star hotel. That means that even a room at the Hotel de Russie, which costs €815 on March 28, will incur a lower levy — €14 — than the one-star Amsterdam property.

Dortmund in Germany has the highest percentage tourist tax, at 7.5% of the cost of a room. That same night, staying at the most expensive hotel in Dortmund — the Fountain Loft, which costs €249.02 — will incur just €14.02 in tourist tax.

Even in January, the lowest season, a night at Booking.com’s top rated one-star hotel in Amsterdam — the Hotel International — will incur a higher tourist tax than staying in one of Paris’s 11 “palais” hotels — those judged so “exceptional” that they are beyond five stars.

In January, a room for two at Hotel International would cost €62, plus €4.05 tourist tax and €6 for both occupants.

In contrast, the Mandarin Oriental Paris — which costs €1,435 for a room on the same night — would charge just €10 in tourist tax for two.

Children under 16 are exempt from the new Amsterdam levy, and campsites will charge just €1 per adult.

And if you’re staying in an Airbnb or rental property, don’t think you’ll be exempt — instead, the existing tax will be raised to 10% of your rental.

A city on the brink

Amsterdam is banning tours of the red light district

Amsterdam has been plagued by overtourism, with 18 million annual visitors descending on its 867,000 residents.

The authorities have taken measures to deter overzealous tourists, by dismantling the “iamsterdam” sign — a former selfie spot — outside the Rijksmuseum in December 2018 and announcing a ban of “disrespectful” tours of the red light district in March 2019.

That ban — as well as a cap on group numbers in the medieval center to 15 people — comes into effect January 1 2020.

Now the extra charges will join them on New Year’s Day.

A spokesperson for Amsterdam city council denied that the raised taxes were planned to deter tourists, calling it a point of “principle” to make visitors pay their way in the city.

“Visitors will contribute more to the high costs of keeping the city safe and clean, and of keeping the public space like pavements, quays, bridges and streets, in a good state,” the spokesperson said.

The move follows an agreement in 2018 to increase tourism revenue from €80m to €105. The city board had pressed for the additional €3 charge, and it was ratified by the city council in July.

Amsterdam also imposes a €8 arrival tax for visitors who arrive by boat, and €0.66 for passengers taking a sightseeing boat or bus tour.

Taxes that have “impact”

Justin Francis, CEO of Responsible Travel, hailed the move as a positive step. He told CNN: “Our right to travel simply does not outweigh the rights of local people to enjoy their homes, or the need to preserve the environment. Tourist taxes need to be set at a level that will have an impact.”

“Annual increases are not news, but their relentless rise is cause for concern. Flat-rate tax increases are regressive, disproportionately affecting lower-priced accommodation and the visitors who stay there.

“In addition to ensuring clear benefit is felt, the city must do more to help operators and suppliers plan ahead. Such short-notice increases cannot easily be passed on, and cut commercial margins in what is already an economically stressed industry.”

Also next year, Venice has announced plans to introduce a daily entrance fee of up to €10 on peak season days — but it is expected to hit day-trippers, and be waived for those staying overnight (who already pay a tourist tax of up to €5 per person per night.

In contrast, Barcelona and Dubrovnik — also victims of overtourism — charge up to €2.25pppn and €1.35 respectively and have not announced plans to raise their tourist taxes.

9 of Africaâs & The Middle Eastâs Most Anticipated Luxury Resort Openings
An expert guide to ski holidays in Crans-Montana
What are the best romantic cruises, adults-only resorts and places to propose?
How to get around in Zürich
Noisy Spirits Get Amy + Adam’s Undivided Attention | Kindred Spirits | Travel Channel