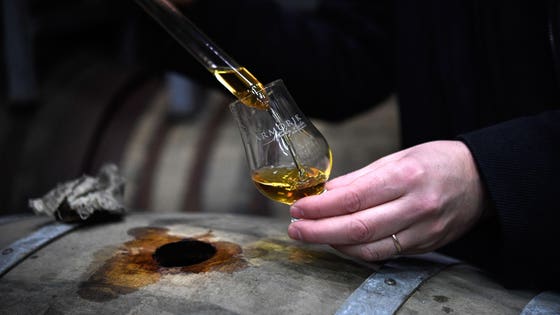 It takes a quick google search to uncover a pretty well-known fact in the whisky world; no one loves whisky more than the French.

France drinks the most whisky per capita in the world, and French drinkers even drink more whisky than they do Champagne or Cognac. The French far outstrip the rest of the world in per capita consumption, with an average of 2.15 liters of whisky consumed per person per year.

However, it’s only within the last 30 years that France has begun to produce its own water of life. Similar to Ireland, the last few years has seen a mini-boom of new distilleries eager to establish themselves and release new whiskies. According to the Federation du Whisky de France (a trade body representing French whiskymakers), 45 distilleries are already releasing whisky or producing spirit that will eventually become whisky once it reaches the minimum 3 years aging required by European Union law. A further 14 companies are listed as ‘Affineurs’, a wonderful word that should be used more often signifying operations that don’t distill themselves but own warehouses and casks full of spirit sourced from other sources (there’s parallels here with a few Bourbon and Irish whiskey brands, or Scotch giants Gordon & Macphail).

At the end of last year, the Telegraph reported that sales of French whisky have quadrupled within 7 years, from 215,000 bottles in 2010 to more than 800,000 in 2017. Unlike Cognac (or Scotch whisky), French whisky is mostly consumed domestically, with less than 10% exported to other markets.

However, despite this boom, French whisky is still a tiny industry compared to what is done in other countries. Whisky Advocate reported a month ago that total whisky production in 2018 was estimated to be 2,000,000 liters, which is the equivalent of the annual production of one medium-sized Scotch whisky distillery.

France’s advantage in this growing market is its wide knowledge base. The country’s vast experience with producing Cognac, wine, eau-de-vie, and plenty other fermented and distilled drinks means that for many existing distilleries moving on to whisky is not an impossible task. For any new operations, there’s a talent pool that can be drawn from the wine, Cognac, spirits, and even perfume industries that possess the skills needed to create great whisky, and provide new insights into the process.

The raw materials are also there, including malt (France produces 30% of the world’s malted barley), oak, and also the many existing facilities, such as Cognac distilleries with alembic stills already installed, that can be rapidly converted for whisky production.

These comparatively small French whisky businesses are able to create truly unique small-scale experiments. Distillerie des Menhirs in Brittany was an early pioneer, first releasing a whisky made out of buckwheat in 1998. In Burgundy, Michel Courvreur has been bringing in new-make malt spirit from Scotland to be matured in its warehouses since 1989.

In some cases, whisky is just a side hustle. This is the case for Brenne, a malt whisky brand whose producer mostly makes Cognac (Brenne’s whisky is also matured in Cognac casks), while both the Meyer and Lehmann distilleries in Alsace also create Eau-de-vie and other liqueurs. They are far from the only ones.

Several French whisky producers are also scaling up. For example, Domaine des Hautes Glaces in the Alps started making whisky in 2009 but since it was bought up by Remy Martin in 2017, it has been planning to heavily increase production.

What’s more, now is an excellent time for French whisky to shine, at least in France, as other whisky producing countries undergo a variety of challenges. Scotch whisky may face a bit of uncertainty in the European market if Brexit fully lands, Japanese whisky is currently facing a stock crisis, and American bourbon prices have gone up due to an ongoing tariff war.

Whisky-guzzling French consumers may start turning to the new chic spirit being produced next door as a result, and fuel a new golden era for the whisky of their country. The result is likely to be delicious.