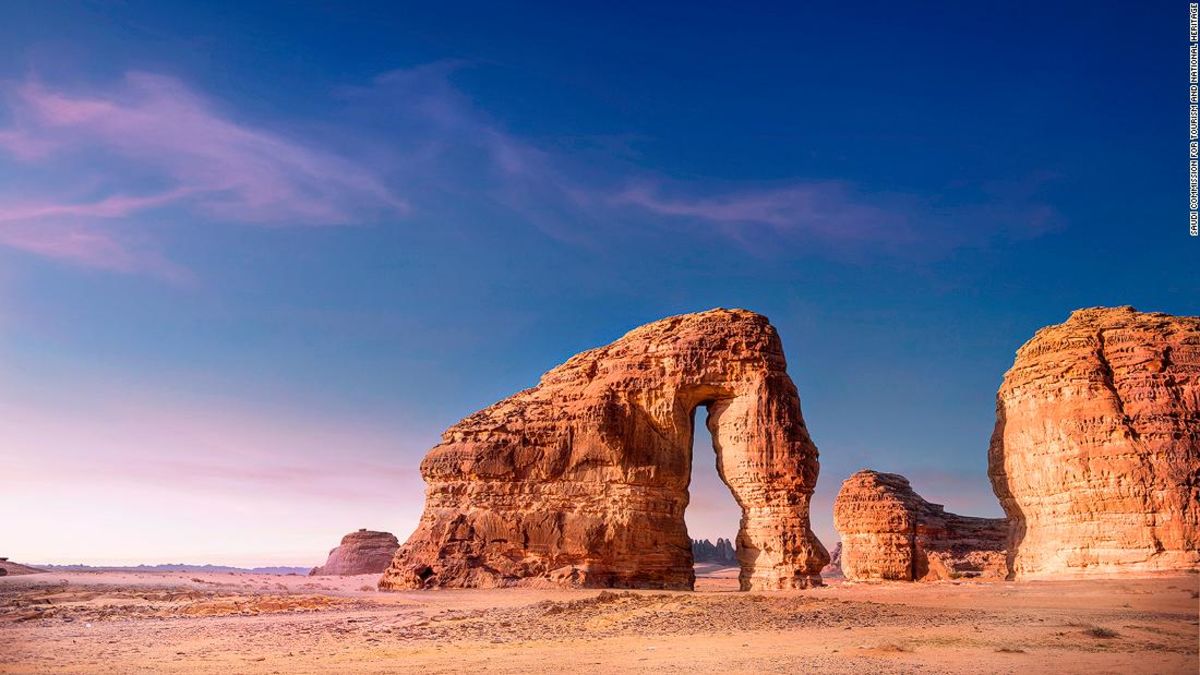 (CNN) — Saudi Arabia has long been seen as off-limits for international tourists. But now the country is opening up fully to international visitors for the first time.

Details of the new visa scheme will be announced Friday at an event in Ad-Diriyah, on the outskirts of Riyadh.

Ad-Diriyah is home to the At-Turaif district, a UNESCO World Heritage Site which dates back to the 15th century and was the first capital of the Saudi state.

The move comes despite troubled times for the conservative country.

Earlier this month it saw its oil industry targeted in a drone and cruise missile attack. The country’s leadership, frequently under fire for its record on human rights, has also faced intensified international criticism in the past year over its alleged role in the killing of journalist Jamal Khashoggi.

The US State Department advises visitors to the country to exercise increased caution due to terrorism and the threat of drone and missile attacks on civilian targets.

Human rights group Amnesty International warned in their 2018 report that “authorities severely restricted the rights to freedom of expression, association and assembly.”

But Saudi Arabia hopes its new visa program will bolster visitor numbers, with tourists also seeking out its other four UNESCO sites: Jeddah, the world’s largest oasis; Ah-Ahsa Oasis, where there are 2.5 million date palm trees; 10,000-year-old Rock Art in the Hail region, in the north of the country; and the archaeological site of Al-Hijr, where tombs dating from the 1st century BC to the 1st century AD are preserved

With a land area of 830,000 square miles, the Kingdom of Saudi Arabia, as it is officially known, is the largest country in the Middle East and the 13th largest in the world.

It is home to 13 regions, each with a “distinctive cultural tradition” according to the Saudi Commission for Tourism and National Heritage. Its landscapes range from the Red Sea coastline to the mountains of Asir.

The old town of Jeddah

The Empty Quarter, which covers almost a quarter of the Arabian Peninsula, and 80% of which is in Saudi Arabia, is the largest continuous desert in the world.

In addition, The Saudi government says that it is constructing “new tourist destinations,” including luxury developments by the Red Sea, an “entertainment city” 40 minutes outside Riyadh, and Neom, a newbuild futuristic city in the northwest of the country, the first portion of which is expected to be completed by 2025.

It is also launching a range of cultural festivals, including the Red Sea International Film Festival in March 2020.

The drive for tourism is part of Saudi Arabia’s Vision 2030 project, which aims to reduce the country’s dependence on oil, diversify the economy and promote the country’s national identity.

The aim now is to attract 100 million international and domestic visitors per year by 2030, with tourism contributing up to 10% of GDP.

Ahmad Al-Khateeb, chairman of the Saudi Commission for Tourism and National Heritage, called the move a “historic moment for our country.”

“Generous hospitality is at the heart of Arabian culture and we look forward to showing our guests a very warm welcome,” he said in a statement. “To visitors we say: be among the first to discover and explore the treasures of Arabia.”

However, many places are still segregated by gender. And women must wear shoulder-to-toe abayas while out in public (though this is not required when hiking or traveling in remote areas, and bikinis are allowed on private beaches).