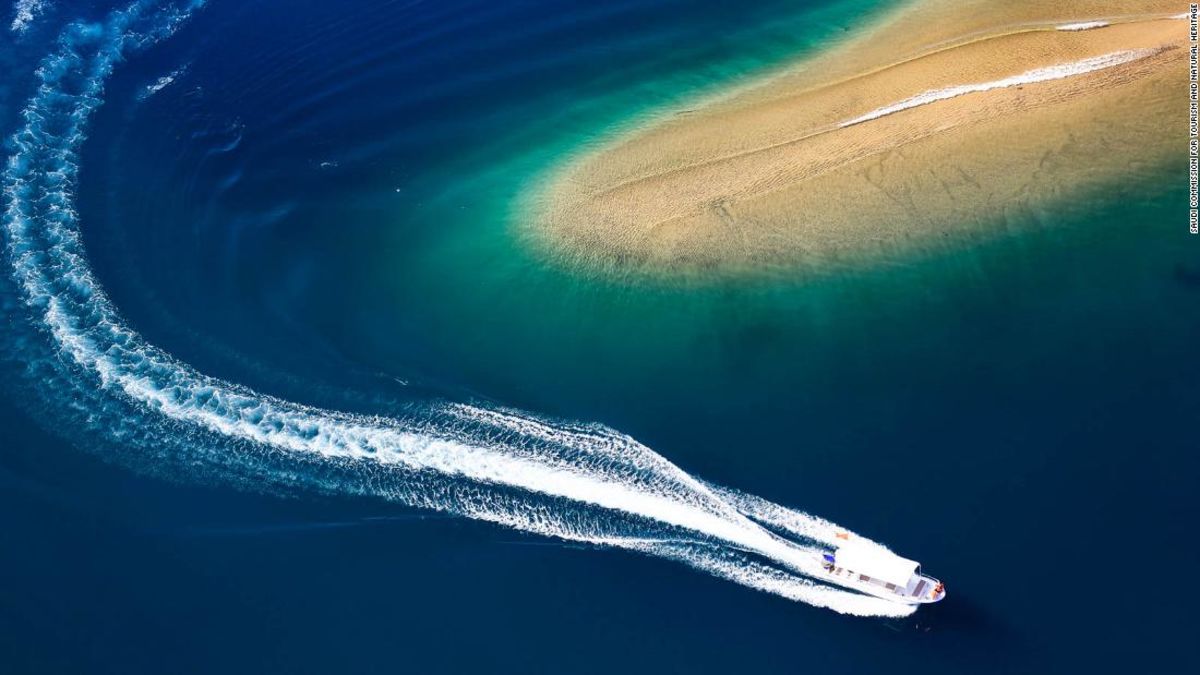 So why isn’t this destination a hotspot for tourists?

Because it’s Saudi Arabia, and until now, unless they were making a religious pilgrimage to Mecca or were in town for business, tourists weren’t exactly lining up to visit.

The country’s international reputation as a human rights black spot, its conservative laws that restrict the freedoms of women and the regional tensions that recently resulted in attacks on its oil industry, are not exactly travel brochure selling points.

But Saudi Arabia wants all that to change. The Arabic kingdom is throwing its doors wide to international tourism in an attempt to rebrand itself as a travel destination to rival Gulf neighbors like Dubai, Oman and Abu Dhabi.

As of September 27th, travelers from 49 different countries will be able to enter Saudi through an e-visa and visa-on-arrival.

Behind the move is a long-term plan to steer the country’s economy away from its reliance on the petrodollars that have flowed since the 1930s. If tourism matches Saudi dreams, millions will come, bringing new jobs, new wealth and, potentially, a whole new way of life.

The “Edge of the World” — on of Saudi Arabia’s geological wonders.

The Saudis call this plan Vision 2030. In just over a decade, they expect annual visitors to reach 100 million — twice the number of people who currently travel to Italy each year — boosting the local economy to the tune of billions of dollars.

“This is a game-changer for the Saudi tourism industry, which previously only catered for international tourists either for religious or corporate purposes,” says Imad Damrah, managing director of real estate agents Colliers International in Saudi Arabia.

Will the tourists come though? Much stands between the kingdom and its dream of becoming a popular destination, not least its spotty human rights reputation — heightened after the 2018 killing of journalist Jamal Khashoggi in the Saudi Embassy in Istanbul.

Human rights groups like Amnesty International have, as recently as 2018, reported that “authorities severely restricted the rights to freedom of expression, association and assembly.”

Recent drone and cruise missile strikes on Saudi oil facilities have raised new concerns about the security situation in the country, underscoring government travel advisories, like the US State Department’s, which warn visitors to be wary of terrorism and attacks on civilian targets.

Saudi authorities won’t respond to direct questions about such issues, preferring to focus on the change ahead. “Saudi Arabia is at the beginning of its journey as a tourism destination,” a spokesperson for the Saudi Commission for Tourism told CNN.

To help pave the way, the country’s leader, Crown Prince Mohammed bin Salman, has been enacting a series of cultural reforms, restricting the powers of its religious police, allowing mixed gender pop concerts and issuing driver’s licenses to women.

The country is also throwing huge sums of money at “giga” developments like the Red Sea Project, a plan to transform a huge area of Saudi’s western coast into an uber luxurious desert, island and mountain resort with its own airport.

“The Kingdom is investing heavily in tourism infrastructure,” says John Pagano, CEO of the Red Sea Development Company, which is overseeing the development.

The 28,000 square kilometer Red Sea Project alone is projected to create 35,000 direct jobs and 35,000 indirect jobs, and contribute an estimated $5.8 billion per year to the kingdom’s economy, says Pagano.

Two other mega-developments are also in the works to draw leisure travelers. The vast $500 billion metropolis of Neom will span three countries and is intended as an automated tech paradise where people move around using self-driving cars and passenger drones.
Qiddiya, under construction near Riyadh, is billed as the world’s biggest entertainment city. It has already lined up a Six Flags theme park that will feature what’s claimed to be the planet’s fastest roller coaster.

It also has experience in installing modern transport links, with recent upgrades to the network built to handle the Hajj, an annual pilgrimage to Mecca in Saudi Arabia that attracts over two million people.

Comparisons to the dramatic transformation of Saudi’s UAE neighbors — now seen as well-established tourism destinations catering to a variety of budgets and interests — are inevitable, but experts say that while there will be some overlap, they’re not necessarily catering to the same markets.

“Saudi Arabia will never outshine Dubai, but I don’t think it wants to,” says Kevin Newton, executive director of Newton Analytical, a company that provides analysis on the Islamic world. “It wants to focus on family-friendly activities. This helps build Saudi Arabia’s reputation with the Muslim world, but also shows that the country is so much more than oil and the Hajj.”

Newton says Saudi officials know that their initial market will be other Muslim countries.

“That does not mean that Westerners — or anyone else, for that matter — are being ignored,” he adds. “Because of the Hajj, many Saudis in the hospitality industry already have a number of skills that can quickly apply to more general tourism, principal among them proficiency in English.

“Given that the promotional material for Neom features women wearing Western workout and leisure attire, it is clear that Saudi Arabia is seeking to attract a professional class of tourist who would otherwise frequent Dubai.”

Yet will all of Saudi Arabia’s recent controversies harm the country’s goal of becoming a tourist hub?

“Yes and no,” says Newton. On the one hand, he adds, a controversial reputation is never good for tourism. “On the other hand, Saudi Arabia is aware that the world has a short memory.

Saudi Arabia is turning a huge area into a $500 billion metropolis.

This includes Saudi Arabia’s ban on alcohol, which other Gulf Cooperation Council states allow. “Also, while considerable progress has been made in the past two years, women’s rights are still not on par with international standards,” he adds.

Tourism will be driven by more adventurous types, continues Newton.

“Luckily they have the potential to be more likely to spend more, and Saudi Arabia still has a lot to offer them beyond another stamp in their passport.”

Laura Alho, a Finnish expat and travel influencer based in Saudi Arabia, is one of these adventurous travelers. Alho moved to Saudi Arabia in 2008, despite everyone telling her not to go, she says.

“The image of KSA was not very positive back then, but I decided to go and find out for myself what it’s really like, instead of listening to the opinions of people who had never even been there,” she adds.

“Saudi Arabia is one of the last unexplored regions on Earth. Full of history, unique culture, and diverse landscapes,” she says.

“The fact it felt mysterious and unexplored appealed to me as well. From the very first day I arrived in Saudi, I began exploring, and haven’t stopped to this day.”

Alho shares her Saudi-focused travels on social media to nearly 63,000 followers, and says that curiosity around KSA has been growing.

“I get contacted almost daily by people interested in traveling to Saudi Arabia.”

“I was a bit full of stereotypes regarding the country, so I had only good surprises,” says Nouss, who shared his travels to 100k followers. Nouss visited the historic desert of Al-Ula and the mountains of Al-Soudah.

“The kindness of the people living there was the most beautiful. I travel a lot but this country is on my top two for the kindness of its inhabitants,” he says.

“Saudi Arabia is preparing to open tourism to visitors,” adds Nouss. “This is pretty obvious. And honestly they will do well, as this country is rich in culture and history.”

Jamaica vs the Bahamas: which should you choose for your Caribbean getaway?
A reason to travel to Amherst, MA in December: the reopened Emily Dickinson Museum
Budget-friendly Gift Ideas for Any Traveler
14 green gift ideas for the holidays that will help save the planet
Englandâs Regal River: An Epic Adventure Cruising the Thames with Le Boat (Part 1)