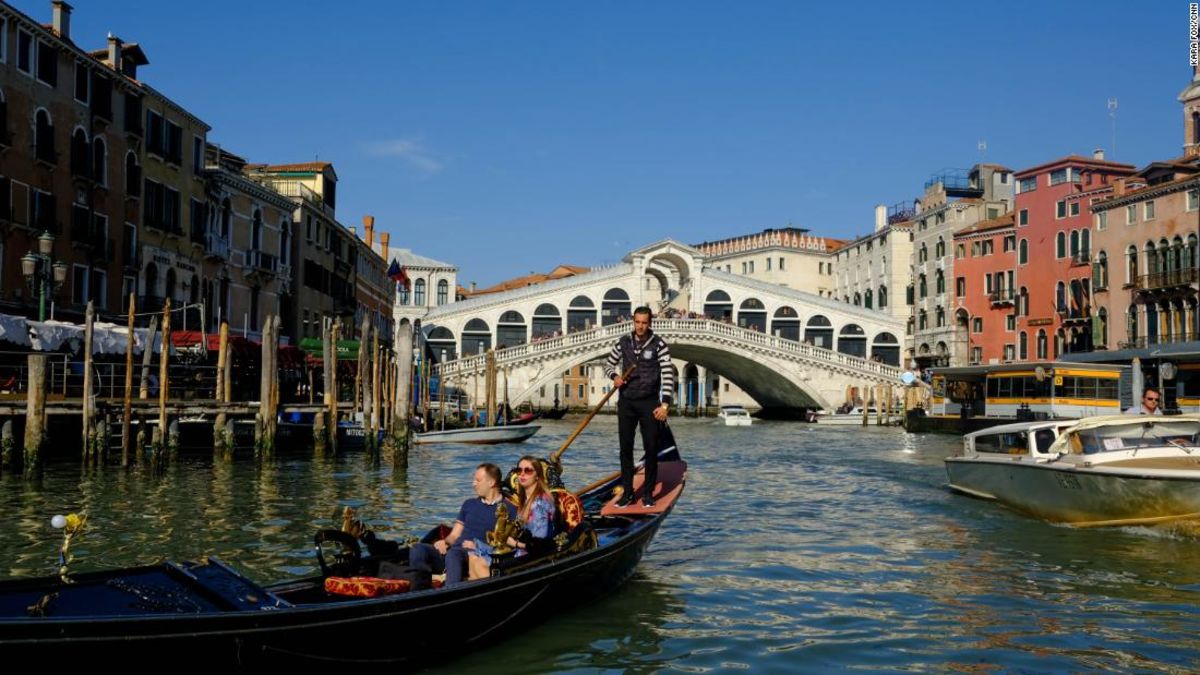 (CNN) — Think you’ve budgeted for everything on your European vacation? You could be in for an unpleasant surprise when you check out of your hotel.

The European Tourism Association (ETOA), the trade association for tour operators in European destinations, chas ollated data for 125 European destinations that charge a tourist tax. Taxes range from per person per night fees to a levy of the percentage of the room rate, which can increase final hotel bills tremendously.

Amsterdam — which suffers from overtourism, with 18 million annual visitors dwarfing its 867,000 residents — implements a 7% tourist tax.

The tax is applied nightly, on the net cost of a room — excluding both breakfast and the 9% Dutch VAT rate.

But it means that in five star hotels, travelers can regularly be paying upwards of $100 for their stay.

Vera Al, spokesperson for the city’s deputy mayor Groot Wassink, said that the tax was not intended to dissuade tourists from visiting.

“The fact is that numbers are growing — you can’t build a fence around the city and we don’t want that either,” she told CNN.

“Increasing the tax isn’t to affect the number of visitors, but it’s the principle. It costs a lot to keep our city clean and safe, and our infrastructure — like bridges — in a good state.

“Tourists will come more and more but as a point of principle the council expects them to pay a bit more for the use of public space.”

Amsterdam also imposes a €8 arrival tax for visitors who arrive by boat, and €0.66 for passengers taking a sightseeing boat or bus tour.

Taxing a percentage of your room rate

The Dutch capital isn’t the only place with high tourist taxes. Nearby Rotterdam adds 6.5% to each nightly bill, while Dortmund — home to Germany’s football museum and the country’s second biggest soccer club — charges 7.5%.

Berlin, Bonn and Bremen tax tourists at 5%. The only other destinations to levy a percentage charge on room rates are Vienna, which adds 3.2%, Budapest, which charges 4% — though rates tend to be considerably cheaper — and Bucharest which adds 1%.

Paris charges €5 if you stay in a super-luxe “palais” hotel, or €3.75 for a mere five star. Brussels charges a precise €4.24pppn. Swiss cities hover around €4, and six French destinations, including Lyon and Marseille, charge €3.30.

Greece levies its tourist taxes country-wide, charging from €0.50 for a one star to €4 for a five star.

An effect of overtourism?

Tourist taxes have often been touted as a penance for overtourism. Venice plans to implement an entry charge for visitors next year, starting from €3 ($3.30) off-season to €10 ($11) on peak days. That’s in addition to its overnight tourist taxes, which start from €1.50 per person per night in one-star accommodation, going up to €5 for five star.

However, other famously suffering destinations have failed to implement higher taxes. Barcelona charges €0.65 per person per night for a one to three star hotel, or €2.25 for a five star.

Dubrovnik — which has had to limit cruise ships to deal with overcrowding — charges a flat €1.35pppn.

In a bid to encourage guests to stay longer, several Italian destinations offer discounts for stays of multiple nights, including Amalfi, which offers half price taxes for stays of more than four nights.

Bottom of the tax league

The lowest rates for tourist tax are Kherson in Ukraine (€0.37), Malta (€0.50) and Gdansk (€0.52). Lisbon was a relatively cheap city, charging €2 per person per night. Nearby resort Cascais also charges €2, but includes a complimentary museum ticket, free transportation or other service in return.

European countries which do not currently levy tourist taxes include Denmark, Finland, Georgia and Iceland.

The UK is currently mulling its first tax, in Edinburgh, while in Norway, the government has ruled against a national tax, but allows local municipalities to introduce schemes. Some — including Bergen, Lofoten and Stryn — are considering them.

Justin Francis, CEO of Responsible Travel, said that taxes can have a positive impact — but that they aren’t a solution in themselves.

“They can stem demand slightly and generate money to improve infrastructure and help manage the impacts of tourism. To properly mitigate the damage overtourism can do however, better responsible tourism strategies are required.

“We are supportive of making both residents and visitors clearly aware of exactly how the money is being spent — ideally, using it to offset the impacts of tourism as this should make people come around to the idea.”

The ETOA suggests a 18-24 month implementation policy of any new taxes, allowing the industry to catch up. It has also suggested revenue be allocated to infrastructure and services that visitors may use.

“Cities need funds to keep infrastructure and services working for local communities and visitors. It’s smart for destinations and local economies to benefit from tourism, and, implemented well, tourism taxes can be seen to support innovative and sustainable destination management.

“Otherwise, they add to the impression that while the money is welcome, the visitors are not.”