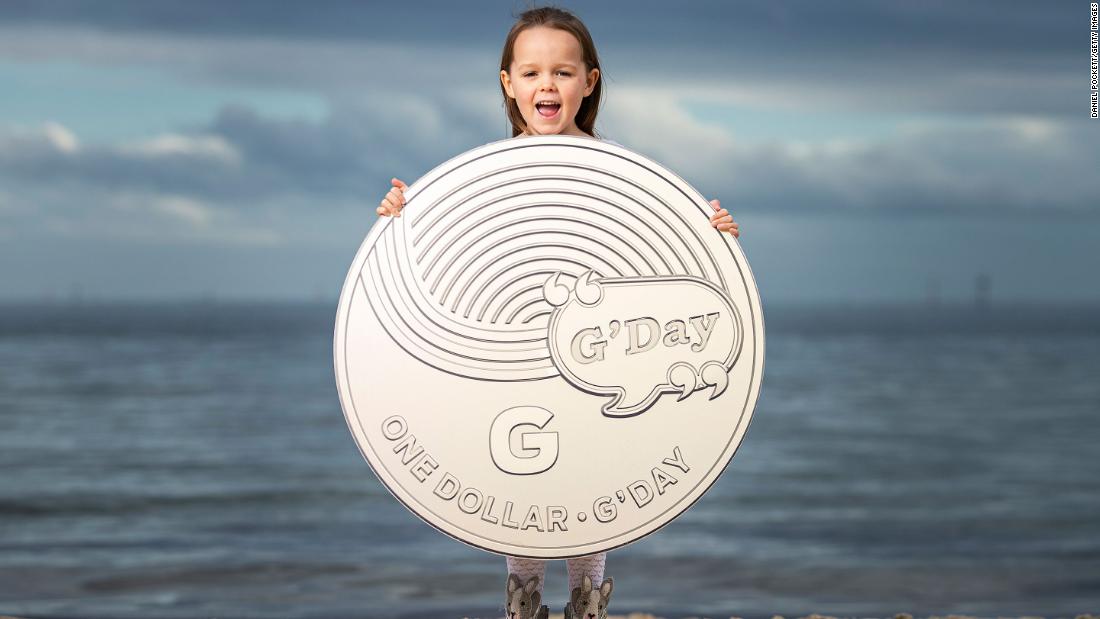 Travel
Share on Facebook
Share on Twitter
Share on Pinterest
Share on LinkedIn
The “Great Aussie Coin Hunt” is designed to create “an iconic reflection of Aussie life” thanks to an A-Z set of special $1 coins, according to a statement from Australia Post.
Footy (Australian Rules Football), cricket and the Iced Vovo — a popular biscuit — also get their own coins. So does the small marsupial known as a quokka, the greeting “g’day,” and the long-running TV soap “Neighbours.”
Nicole Sheffield, Australia Post executive general manager community and consumer, said the promotion “opens up the opportunity for wonderful conversations about quintessential Australian life.”
Another famous Aussie foodstuff, the Lamington cake, also makes an appearance alongside the Zooper Dooper, a brand of frozen lolly, and Vegemite, a yeast extract commonly spread on toast.
Nature lovers will appreciate the kangaroo and platypus coins, while there is even a spot for the yowie, a mythical creature said to be similar to a yeti.
The coins will only be available as change from Australia Post stores, leading to a confused reaction online.
“Like, I do want them. But what can you actually buy from Australia Post?” tweeted Ayden Dawkins.
Australia Post replied asking if he needed stationery, a phone charger, an airbed or a sewing machine.
“There are a surprising array of gifts and goodies at your local Post Office these days.”
Starting September 30, new coins will be released each Monday until October 21 at 3,600 Post Offices across the country.
This article was originally published by Cnn.com. Read the original article here.
Share on Facebook
Share on Twitter
Share on Pinterest
Share on LinkedIn

The best hotels in London for Christmas
The best hotels for woodland walks in Britain this winter
HOW TO REMOVE DREADLOCKS
The best Edinburgh hotels with parking
NFTs Debut With Interactive Gin, Whiskey, And Fine Wine Projects, Revolutionizing The Spirits Industry