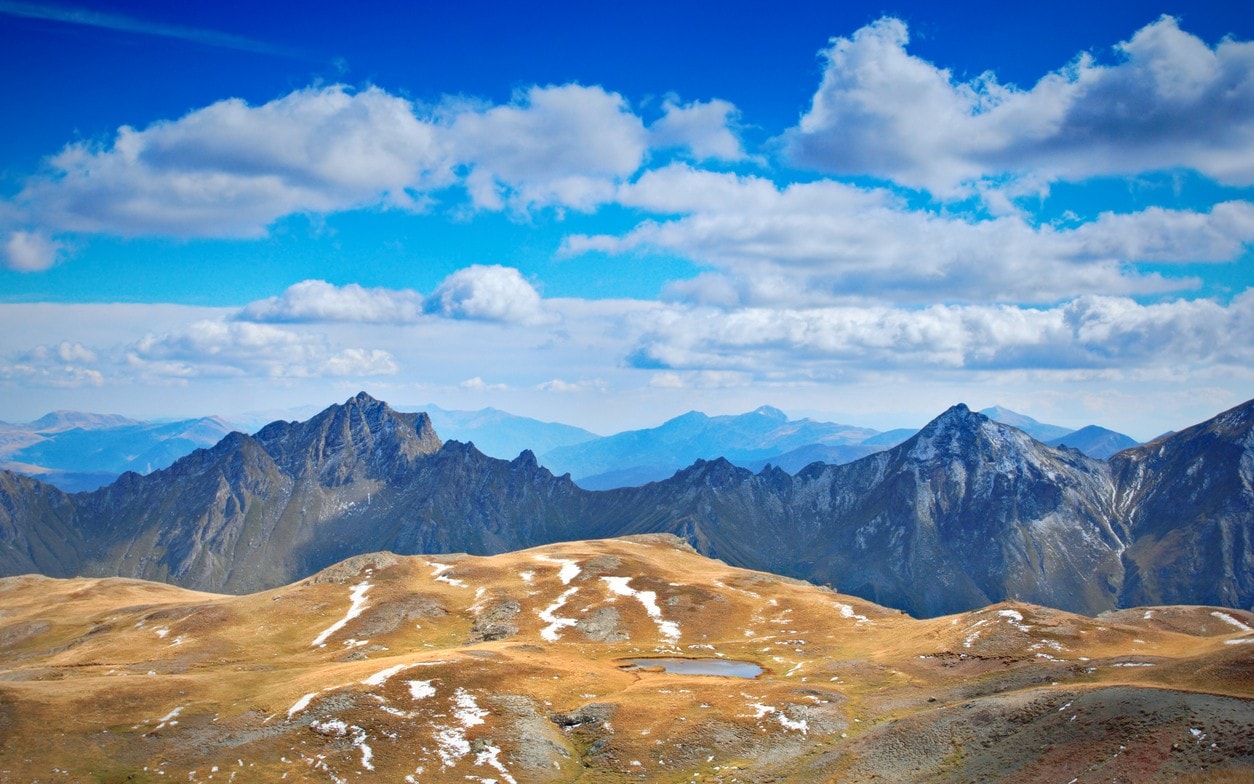 North Macedonia is pretty new, as countries go. It officially adopted the name in February 2019, before which it went by the snappy soubriquet, the ‘Former Yugoslav Republic of Macedonia’ (usually shortened to just ‘Macedonia’). Because of a long-running dispute with Greece (which contains a region also known as ‘Macedonia’) the ‘North’ has been added.

Its recent history is less chequered than some of its neighbours. It avoided the worst of the fallout from the break-up of Yugoslavia, but has struggled to enter the European Union because of concerns about its democratic process and the freedom of its press. The row with its neighbour to the south hasn’t helped either.

As a result of this stalled entrance to the EU, the long-distance cycle paths that criss-cross Europe have not quite reached it, and it’s not a country typically associated with two-wheeled travel. Indeed, North Macedonia has struggled to attract much tourism of any kind. It is one of the five least visited countries in Europe, with just over 700,000 making the journey in 2018 (Greece, by comparison, welcomed more than 30m).

The least visited countries in Europe

The lack of tourists suggests quiet roads, while other statistics hint that cyclists might be missing something. There are more than 50 lakes and 34 mountains higher than 2,000 metres. It has the fifth highest average elevation of any country in Europe (741m), behind the likes of Andorra, Switzerland and Austria – all magnets for pedal-powered holidaymakers.

So is North Macedonia a hidden gem for the lycra-clad? Or are its roads devoid of bicycles for a good reason?

To the west of the capital city, Skopje, Mavrovo National Park is beautiful – and home to most of North Macedonia’s wild bears. (Indeed, I saw one within about an hour of riding into the park. Thankfully it was a long way off, deep in one of Mavrovo’s stunning gorges, fussing around at the water’s edge looking for its dinner. I cycled on quickly to remove myself from its foraging range).

To avoid the often chaotic roads out of Skopje, the best way to explore Mavrovo by bike is to drive there and then start pedalling. And if you want to spend the night there are plenty of rustic guest houses inside and on the fringes of the park.

Begin in the waterside village of Mavrovo and head north along the western edge of Lake Mavrovo. At the end of summer, the water is usually low enough to reveal a sunken church – at other times only the spire is visible above the surface. Turn west and you’ll soon drop into one of the aforementioned gorges, from which it is downhill almost all the way to the town of Debar.

Stop for a coffee at the 11th-century monastery of Saint Jovan Bigorski. Across the country there are nearly 1,000 churches and monasteries, and this is one of its finest, renowned for its wood-carved iconostasis, collection of holy relics (including, supposedly, a piece of the cross on which Jesus was crucified) and spectacular setting.

It’s around 30 miles from Mavrovo to Debar, a dry and dusty working town, and the going is fairly easy, with the toughest sections right at the end. If you don’t fancy climbing on the main road, you can always cut your ride short at the monastery and enjoy a leisurely lunch in the attached restaurant.

The ‘Jerusalem of the Balkans’

No visit to North Macedonia should pass without a visit to spectacular Lake Ohrid, and its town of the same name. Once notable for having 365 churches, one for each day of the year, it has been nicknamed the ‘Jerusalem of the Balkans’. However, as the country’s only Unesco World Heritage Site and most popular tourist destination, the heavy traffic around the edge – particularly near the towns of Struga and Ohrid – can make riding a bike feel a bit chancy. There are some intermittent bike lanes dotted around, but keep your wits about you.

Silviu Martin, owner of Martin Adventures, a tour company specialising in cycling trips in the Balkans, says: “There is a truly fantastic ride we do with clients that actually begins in Albania. You cross the border into North Macedonia at Stenje, then begin the epic climb into the Galichica National Park. Your first view of vast Lake Ohrid comes at the top of the mountain at 1,600m above sea level, before an awesome descent to its less crowded southern shores.”

Gevegelia, in the far south-east of the country, will make you forget your preconceptions of what a Balkan border town should look like. This is one of the smartest cities in North Macedonia, a status enhanced by a steady flow of tourist cash. The average cost of a hotel room on this side of the border is about a third of that in Greece, so people stay here instead and head south, or pop up from Greece for a night or two to stretch their spending money further. Downtown restaurant Boko is a must, and the prices are remarkably reasonable. Three hungry cyclists can eat two courses plus coffee for the staggeringly affordable sum total of £40.

But you’ll want to earn your slap-up feed, so first tackle North Macedonia’s answer to the Alpe d’Huez – the serpentine road to Ski Kozuf, the country’s highest ski station. Reaching an elevation of 1,742 metres (5,715 feet), the route is pretty much deserted in the summer months, but also somewhat neglected until the ski season returns. Your climb up will see you wind through 10 hairpins but also dodge a fair amount of rockfall. Pay extra attention, particularly on the way back down.

North Macedonia offers more stunning backdrops for cycling. To the east of Lake Ohrid lies Pelister National Park, home to vineyards and – in spring – meadows filled with wildflowers. There are mountains on the eastern border with Bulgaria to explore, with alpine forests lining the roads and sleepy hidden villages nestled in high valleys. And – at the centre of the country – there is the highest town in the Balkans, Krusevo, a paraglider’s paradise with some picturesque but challenging routes in the surrounding hills.

There are some curious sights too, in the shape of ‘spomeniks’, abstract concrete memorials from Cold War Yugoslavia. You’ll find a particularly well maintained one in the beautiful central city of Veles, starting point for the tough-but-rewarding ride to Bogomila.

There’s a long way to go before North Macedonia can call itself a truly cycle-friendly destination, but those with a taste for the undiscovered will find a lot to love about the country.

How to do it

Wizz Air flies from London Luton to Skopje from £48 return. Martin Cycling Adventures offers bespoke, guided itineraries throughout the Balkans and can put together a trip in North Macedonia to suit all abilities. It can be punishingly hot in the middle of summer, so spring or autumn trips are best.