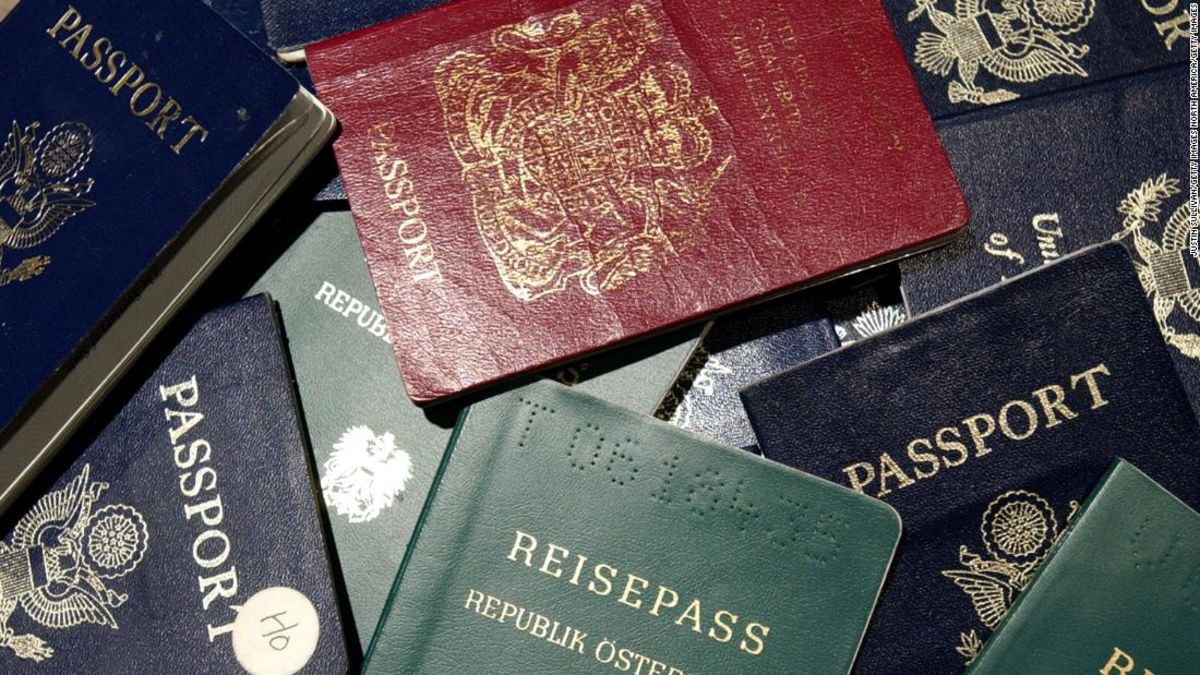 (CNN) — It’s been a two-horse race this year to be named the world’s most powerful passport, with both top contenders in Asia.

Now, as we enter the final quarter of 2019, Japan and Singapore have held onto their position as the world’s most travel-friendly passports.

That’s the view of the Henley Passport Index, which periodically measures the access each country’s travel document affords.

Singapore and Japan’s passports have topped the rankings thanks to both documents offering access to 190 countries each.

South Korea rubs shoulders with Finland and Germany in second place, with citizens of all three countries able to access 188 jurisdictions around the world without a prior visa.

Finland has benefited from recent changes to Pakistan’s formerly highly restrictive visa policy. Pakistan now offers an ETA (Electronic Travel Authority) to citizens of 50 countries, including Finland, Japan, Spain, Malta, Switzerland and the United Arab Emirates — but not, notably, the United States or the UK.

The European countries of Denmark, Italy and Luxembourg hold third place in the index, with visa-free/visa-on-arrival access to 187 countries, while France, Spain and Sweden are in the fourth slot, with a score of 186.

Five years ago, the United States and the UK topped the rankings in 2014 — but both countries have now slipped down to sixth place, the lowest position either has held since 2010.

While the Brexit process has yet to directly impact on the UK’s ranking, the Henley Passport Index press release observed in July, “with its exit from the EU now imminent, and coupled with ongoing confusion about the terms of its departure, the UK’s once-strong position looks increasingly uncertain.”

The United Arab Emirates continues its ascent up the rankings, up five places to rank 15th.

“It’s the strongest climber this quarter,” Lorraine Charles at Cambridge University’s Centre for Business Research says in the October release.

“While the UAE may not be able to compete with Saudi Arabia — the regional hegemon — in terms of military strength and economic power, the projection of its soft power is uncontested in the GCC.”

At the other end of the scale, Afghanistan is once again at the bottom of the rankings, with its citizens needing a prior visa for all but 25 destinations worldwide.

Dr. Christian H. Kaelin, Chairman of Henley & Partners and the creator of the passport index concept, says in the July release: “With a few notable exceptions, the latest rankings from the Henley Passport Index show that countries around the world increasingly view visa-openness as crucial to economic and social progress.”

Japan has held onto the top spot throughout 2019.

The worst passports to hold

Several countries around the world have visa-free or visa-on-arrival access to fewer than 40 countries. These include:

Henley & Partner’s list is one of several indexes created by financial firms to rank global passports according to the access they provide to their citizens.

The Henley Passport Index is based on data provided by the International Air Transport Authority (IATA) and covers 199 passports and 227 travel destinations. It is updated in real time throughout the year, as and when visa policy changes come into effect.