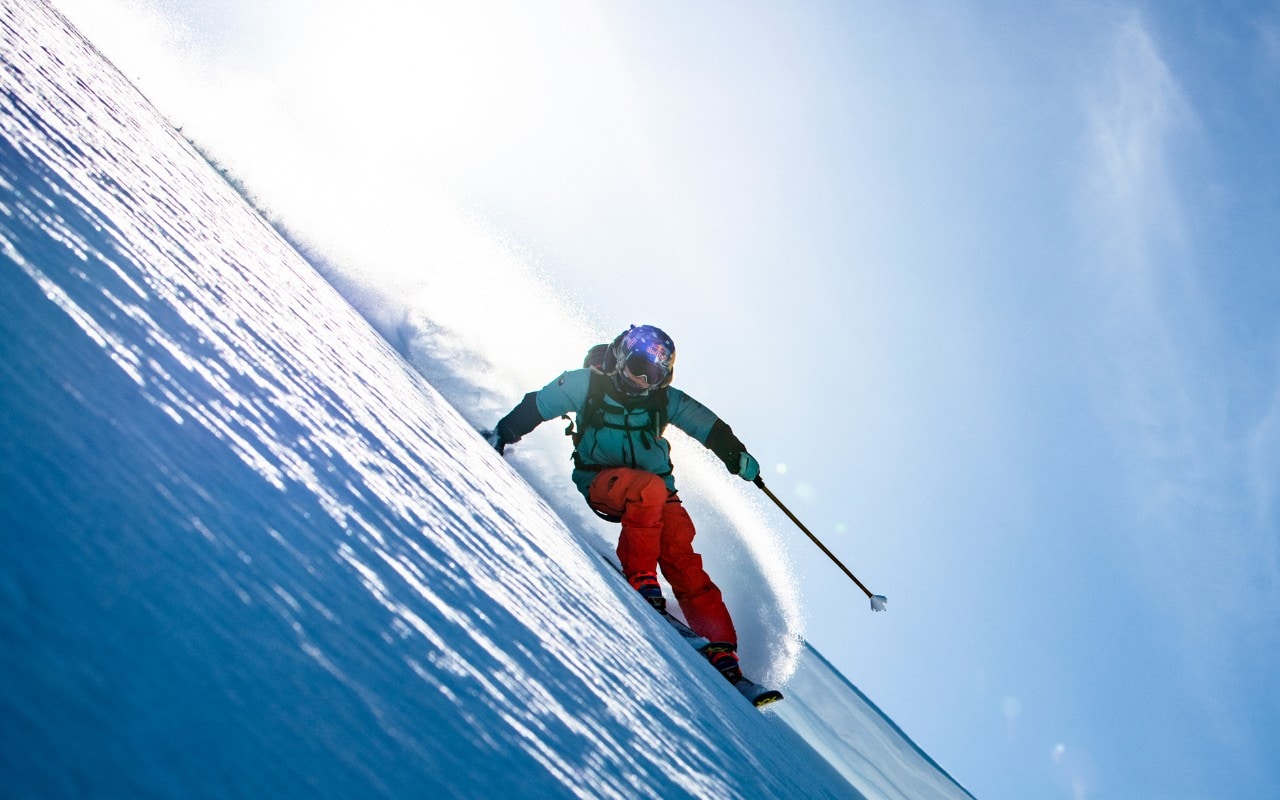 While most skiers and snowboarders will be used to having technology from long-time favourite Gore-Tex in their outdoor and ski gear to help keep them comfortably dry but not sweaty, now The North Face believes it has created a fabric that gives even better waterproofing and breathability.

Yesterday the well-known brand has released a range of new outerwear containing its new, ground-breaking FutureLight technology. FutureLight appears across the brand’s Summit Series, Steep Series and Flight Series collections, which includes ski jackets and pants as well as running and mountaineering kit. It is now available to buy on the brand’s website and visitors to The Telegraph Ski & Snowboard Festival in October will be among the first to see it in the UK.

The Telegraph’s Cat Weakley was among the very first people to exclusively test the new FutureLight fabric last winter, alongside their ambassador and snowboarding legend Xavier de Le Rue in Verbier.

“In going up against market leader Gore-Tex, saying FutureLight beats it out of the water for waterproofing and breathability, The North Face is certainly working on a different approach, not to mention putting its neck on the line,” she said.

The North Face hatched its plan to develop the new fabric following requests from its global team of athletes, including de Le Rue, for better performance and breathability in the gear they were wearing.

“In the mountains getting sweaty is your enemy. If you’re hiking and get sweaty, when you get to the top and it’s windy, everything is going to freeze, and you never get rid of that cold feeling,” he said.

Following three years of research and product development the kit has been tested extensively for more than 400 continuous days by 15 members of the brand’s professional team. Testers included Jim Morrison, who climbed and skied three 8,000m peaks in 2018, including Mount Everest, and Cho Oyu who completed the world’s first descent of Lhotse Couloir on Everest with his partner Hilaree Nelson. These tests have seen the new fabric endure temperatures ranging from -45ºC to 15ºC.

“During the past two years, our world class team of climbers, skiers, alpinists, snowboarders and trail runners has been rigorously testing FutureLight across every discipline to prove this technology in varying weather conditions and climates all over the world,” said Nelson, The North Face athlete team captain.

“It’s so revolutionary that once people have tested it, and become used to that breathability, they won’t be able to go back. Sometimes you have marketing speak, but this is something you feel instantly, it’s a game-changer,” said Xavier de Le Rue during last winter’s test.

“In one day I can’t say I tested my Brigandine jacket and Purist pants to the limit, but can unreservedly say the outfit was extremely comfortable, being stretchy, and I was never either too cold or too warm as the weather and level of effort we put in changed,” the Telegraph’s Cat Weakley said of her test experience.

One of the most notable innovations by the brand is the nanospinning process used to create the FutureLight fabric. The process creates tiny holes in the material, increasing breathability while maintaining total waterproofness, so the wearer stays comfortable at all times.

The nanospinning process also allows designers to customise the FutureLight fabric for specific sports. For example, increasing the breathability in products worn by athletes who might sweat a lot while hiking or running, or increasing waterproof protection for those who move more slowly in harsh and wet climates. The adjustabilty of the technology to suit different needs is one of the ways The North Face is pushing boundaries in the world of ski kit.

“For far too long, we have been forced to adapt to our clothing and environment. With the introduction of FutureLight, we are finally offering clothing that adapts to our needs. The introduction of this fabric is a pivotal moment for our brand,” said Scott Mellin, global general manager of mountain sports at The North Face.

“We are starting with jackets and outdoor apparel, but we won’t stop there,” Mellin said.  “FutureLight can theoretically make anything breathable, waterproof and, for the first time, comfortable. This technology is paving the way for the future of technical fabrics and provides endless possibilities across The North Face product categories.”

The launch of FutureLight has also allowed the brand to step into the sustainable arena – an increasingly important issue for the winter sports industry as the impact of climate change on skiing and snowboarding becomes more apparent.

“As we look to the next 50 years of exploration, protecting our planet and environment is more important than ever. The North Face is one of the world’s largest outdoor brands and we feel a responsibility to lead the industry whether it be in performance, innovation or sustainability,” said Mellin.

“Product innovation, pushing the boundaries and having the courage to disrupt have been a part of The North Face DNA since our company was founded over 50 years ago,” said Mellin.

See it first at The Telegraph Ski & Snowboard Festival

Visitors to The Telegraph Ski & Snowboard Festival, in Battersea Park from October 24 – 28, will be able to meet The North Face’s athletes, immerse themselves in the development process of FutureLight and learn how the products perform in the mountains. Visitors will be among the first people in the UK to be able to browse the kit and try the technology. Tickets are on sale now.

The best après ski in Crans-Montana
Special Limited Edition Portuguese Wine Honoring A Leading Figure In The Douro Valley
Jamaica vs the Bahamas: which should you choose for your Caribbean getaway?
Ube— The Uber Ingredient Of 2023
Delta pilots would get more than 30% in pay raises under new contract deal