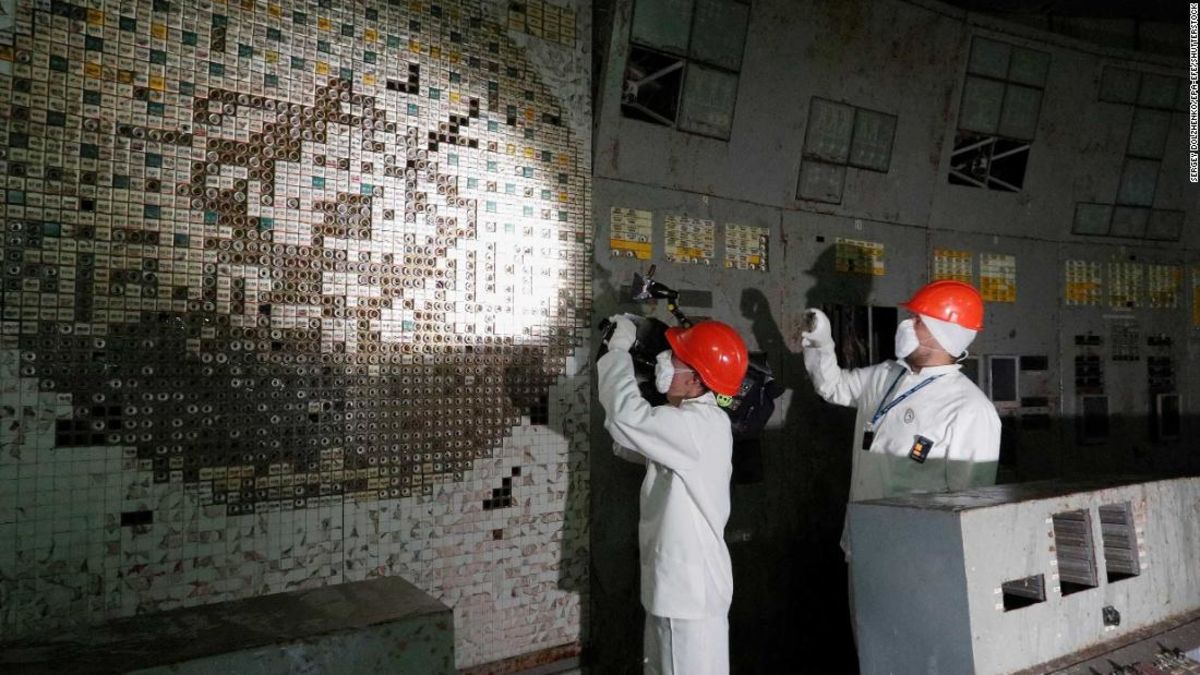 And now, intrepid travelers be able to get inside the control room where the world’s worst nuclear accident unfolded, Chernobyl tour companies confirmed to CNN.

Those who venture inside the highly radioactive area at the infamous Reactor 4 will be provided with white protective suits, helmets and masks for the brief visits. After leaving, they will be subject to two radiology tests to measure exposure.

The control room of the fourth reactor at the Chernobyl has opened to tours.

The move is part of a government drive to encourage tourism in the area after President Volydymyr Zelensky signed a July decree designating Chernobyl an official tourist attraction.

“We must give this territory of Ukraine a new life,” Zelensky said at the time. “Until now, Chernobyl was a negative part of Ukraine’s brand. It’s time to change it.”

The makeover will involve developing new tourist routes including waterways, building new checkpoints and restoring and upgrading existing ones.

Zelensky made the announcement at the inauguration of a new metal dome at Chernobyl which will encase the destroyed reactor in order to prevent radioactive material from leaking out.

Weighing in at 36,000 tonnes and measuring 108-metre high, the 1.5 billion euro ($1.7 billion) structure was paid for via a special fund launched by the European Bank for Reconstruction and Development (EBRD) and sponsored by 45 countries, AFP reported.

The structure is strong enough to withstand a tornado and is built to last a century, the EBRD said.

Chernobyl once sat at the centre of a 1,000-square-mile exclusion zone implemented after the 1986 catastrophe, but much of the area has been open to tourists since 2011.

Some sections, such as the “machine cemetery” of Rossokha village, remain off-limits.

Travel interest in the location of the horrific nuclear explosion has surged dramatically since the launch of HBO series “Chernobyl” in May, according to local tour operators.

The miniseries, starring Jared Harris, Stellan Skarsgård and Emily Watson, dramatizes the aftermath of the disaster.