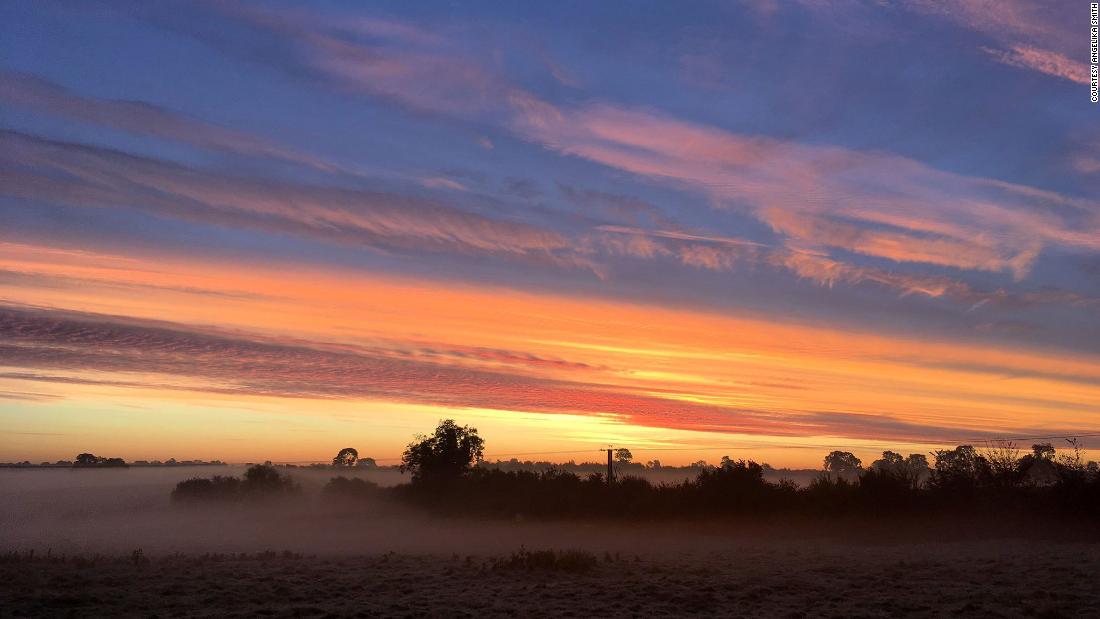 Travel
Share on Facebook
Share on Twitter
Share on Pinterest
Share on LinkedIn
The former hurricane is nearing from the west, bringing high clouds over the region, according to CNN Weather’s Monica Garrett.
These clouds along with the low sun at dawn make a picturesque morning, she added.
Parts of northern UK saw temperatures dipping to around 2 degrees Celsius (35.6 degrees Fahrenheit) on Thursday morning as a cool spell griped the area ahead of Lorenzo, Garrett said.
Angelika Smith snapped spectacular photos of the sunrise in Churchover near Rugby, Warwickshire. “Crunchy underfoot and completely still. 2 degrees at 7am,” she tweeted.
Fisherman Ian Jepson, who fishes off the north coast of Cornwall 12 months of the year, tweeted a view off the coast of Perranporth. “It was very fast today. Only stayed colored 3-4 minutes,” he told CNN.
Mark Bentley, who is an amateur photographer, caught the chilly sunrise on camera near Burford in West Oxfordshire.
Another user posted a beautiful picture of the River Wyre estuary.
A social media user by the name of Dan stopped on his way to work to capture this stunning view of the English countryside in Alconbury, near Huntingdon.
Wind warnings are in place for Ireland and Northern Ireland Thursday, according to the Met Office. Heavy rain will also move through Ireland Thursday and then the UK late Thursday and Friday.