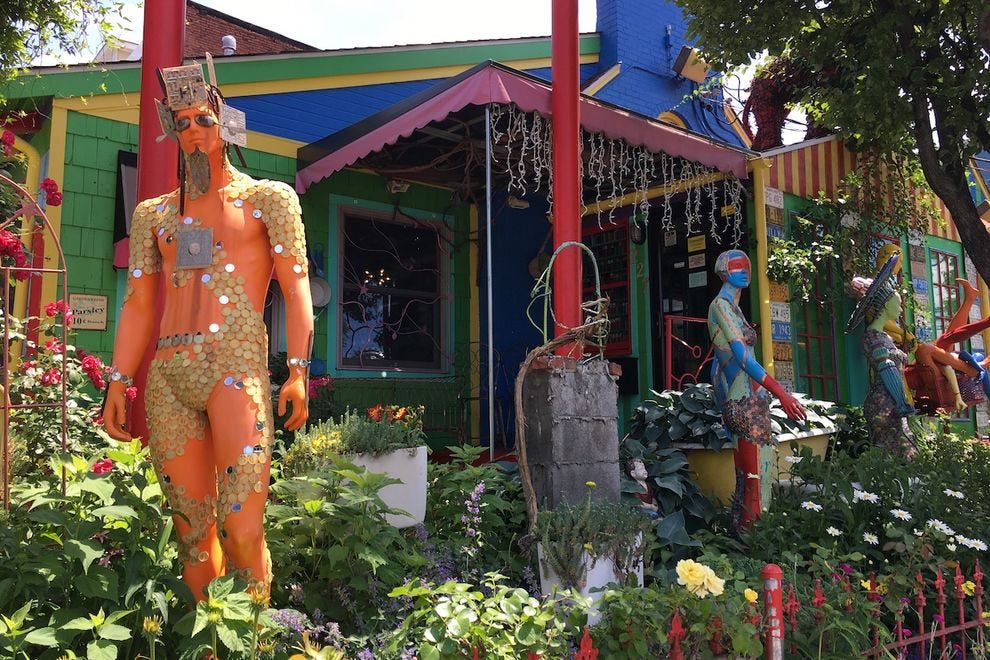 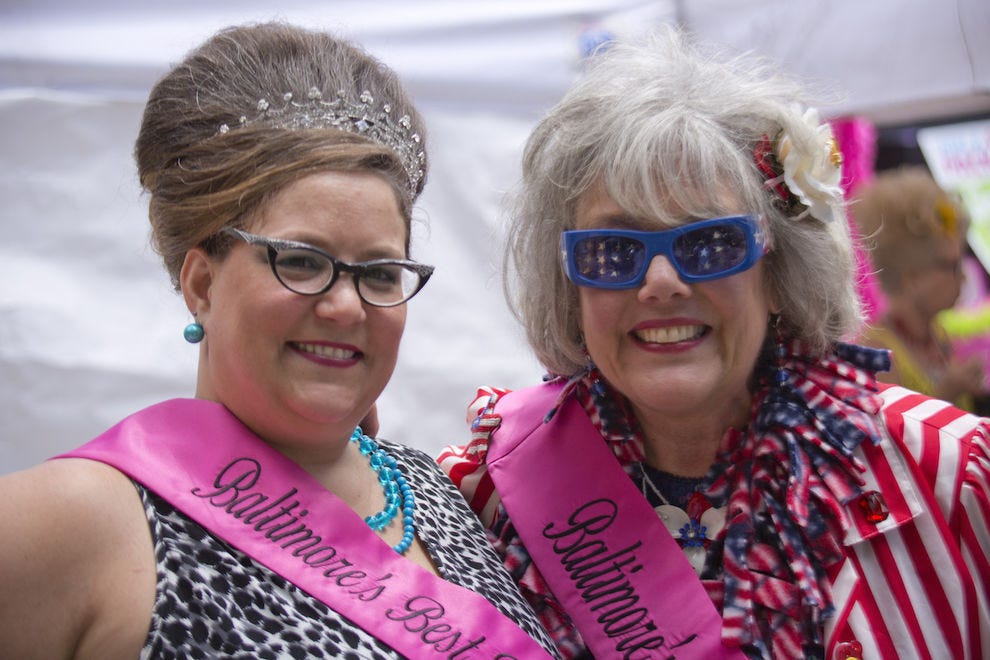 Baltimore has always played an important role in our nation’s history – after all, “The Star Spangled Banner” was written at Fort McHenry at the city’s Inner Harbor. You can visit the National Monument and Historic Shrine there, along with shops, upscale crab shacks and attractions like the Civil War-era war ship, the USS Constellation, and the National Aquarium.

But there’s so much more to do and see in Charm City.

“Baltimore is such a diverse city, which makes it exciting and vibrant,” said Joshua Gehman, concierge at the Ivy Hotel. “Ever since John Waters put Baltimore on the pop culture map with ‘Hairspray,’ guests have been interested in heading off the beaten path here. I love sending them to great new restaurants like Cosima, to a bookbinding class at Drama MaMa or to the current exhibit at The Reginald F. Lewis Museum of Maryland African-American History & Culture. And, then, of course, I love welcoming them back to the hotel to reflect on their experiences.”

You’ll be charmed, we’re sure. 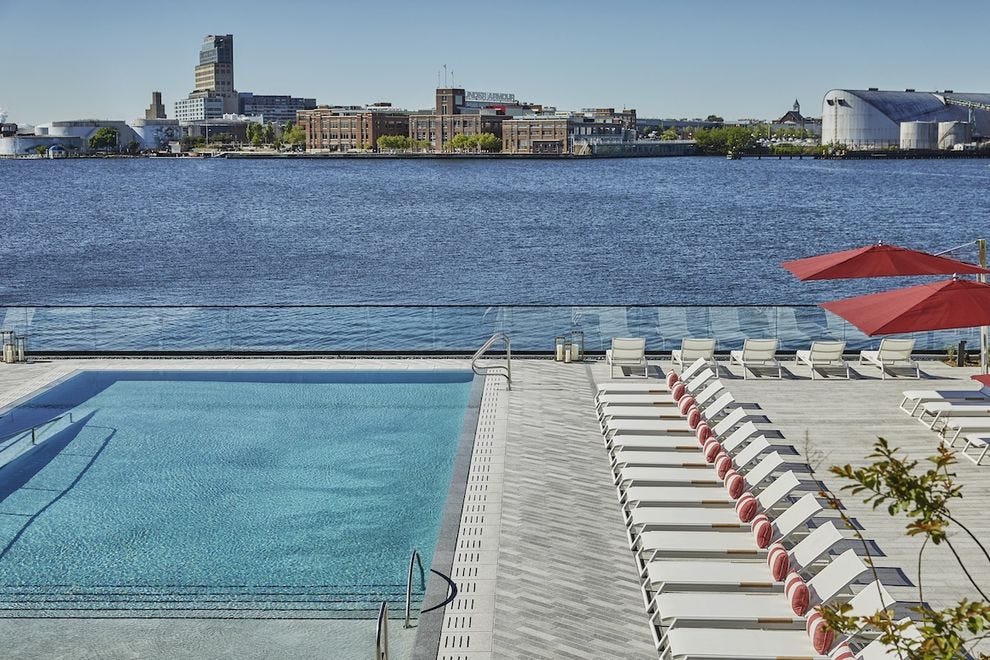 Sitting in a place of honor on Baltimore’s Recreation Pier, this luxury hotel seamlessly combines the 1914 property’s rich history with modern amenities like TVs with Chromecast and lots of convenient outlets to charge your devices.

Located in Fell’s Point, the first neighborhood in Maryland to be listed on the National Register of Historic Districts, the Pendry is an ideal home base for walking around what’s considered one of the best-preserved historical areas in the country.

Explore the locally-owned boutiques, bars and restaurants, and take a water taxi ride along the harbor. Come back for lunch or dinner at the Pendry’s highly-acclaimed Rec Pier Chop House, where mouthwatering surf and turf is served with an Italian accent. 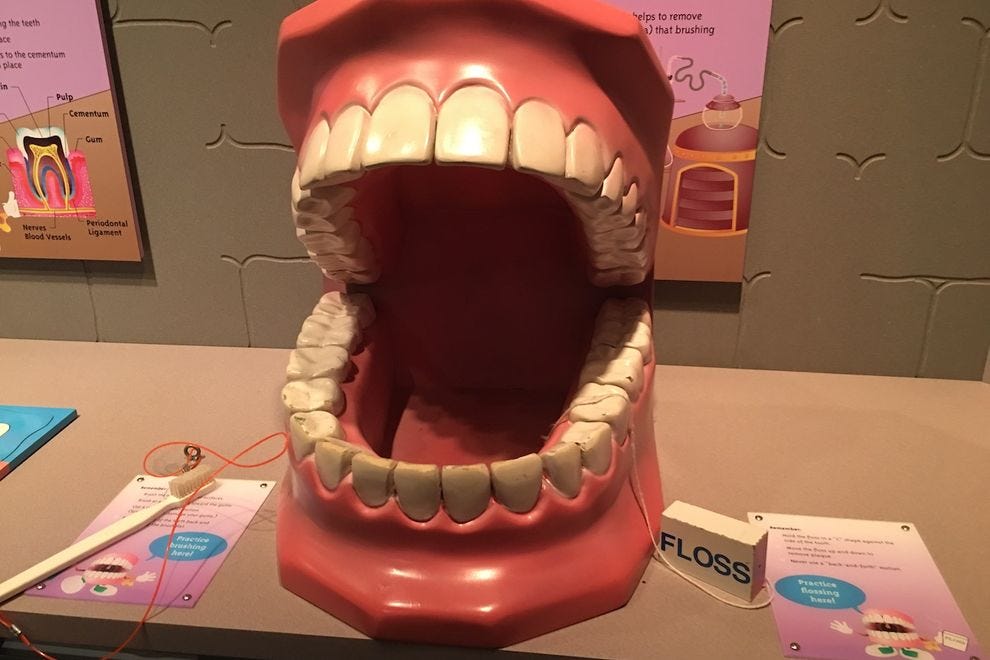 The Dr. Samuel D. Harris National Museum of Dentistry will have you grinning from ear to ear — Photo courtesy of Lois Alter Mark

As much as you dislike going to the dentist, you’ll love visiting this hands-on museum dedicated to all things dental.

Don a white jacket and practice flossing properly on a gigantic mouth, identify crime victims through dental forensics and learn why spit happens. Check out more than 40,000 fascinating objects including George Washington’s dentures (spoiler: they’re not made of wood) and a variety of animal teeth, all of which are likely to make you open your own mouth and say, “Ah.” 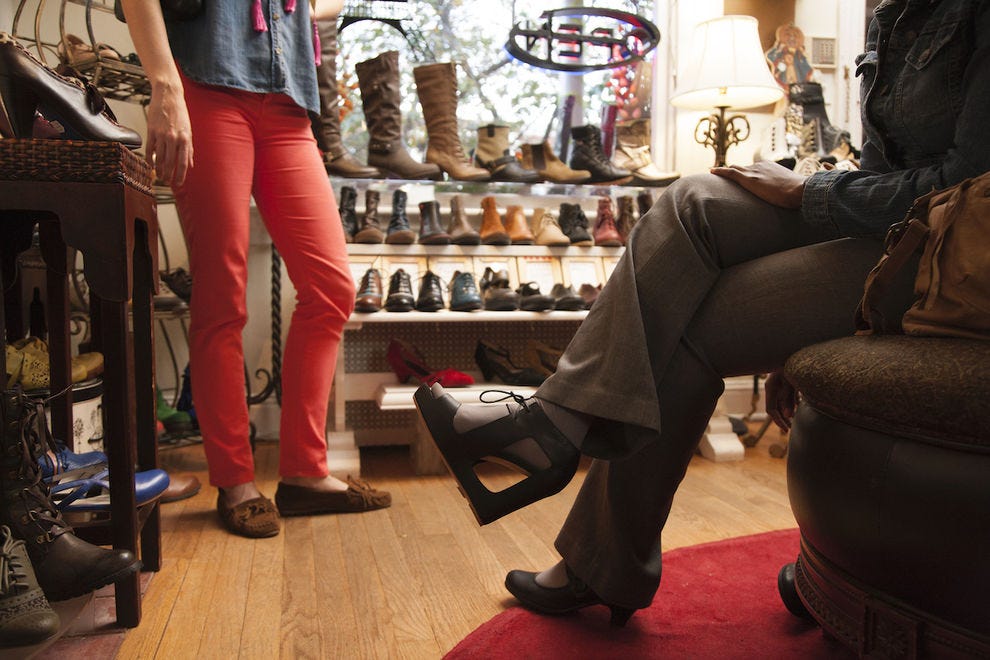 Home to some of Baltimore’s most well-known annual celebrations, including HONfest (think beehive hairdos and cat-eye glasses), Hampdenfest, the Mayor’s Christmas Parade and the “Miracle on 34th Street” holiday lights display, this quirky neighborhood is a must-visit.

Once a 19th century blue collar mill town, Hampden is now a hipster community filled with indie shops and restaurants. Walk along 36th Street, a.k.a. “The Avenue,” to buy trendy footwear and artisan chocolates at Ma Petite Shoe and browse the well-curated shelves of Atomic Books, where native son John Waters picks up his fan mail.

Take a break for sophisticated comfort food – crab cakes, of course – at The Food Market and save room for a scoop of Old Bay caramel or Otterbein sugar cookie ice cream at The Charmery. 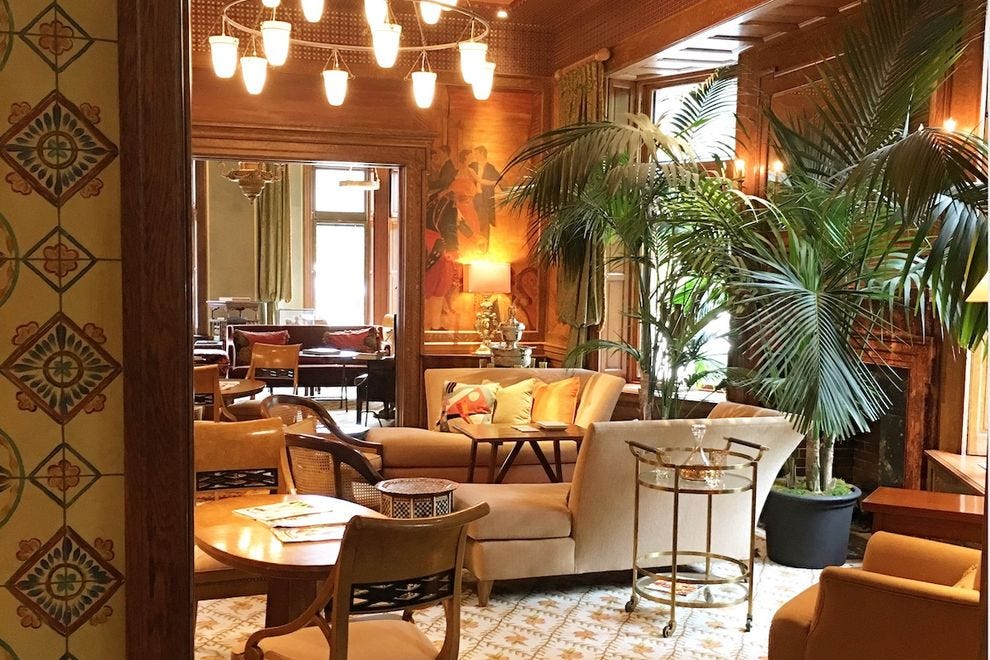 The only Relais & Chateaux property in the state, The Ivy Hotel is truly in a class by itself. This beautifully-restored 1890s mansion features 18 individually-designed rooms, inviting public spaces, a small luxury spa and Magdalena, one of Baltimore’s most beloved restaurants.

Settle into the library with a good book and a cup of coffee, bring a glass of wine out into the garden and add a piece or two to the communal jigsaw puzzle. Afternoon tea by the fire, lavish chef-made breakfasts, private car service, movies and snacks are all included in your room rate – along with impeccable service. The warm and welcoming staff members make you feel so at home, it’s understandable to fantasize that you actually live there. 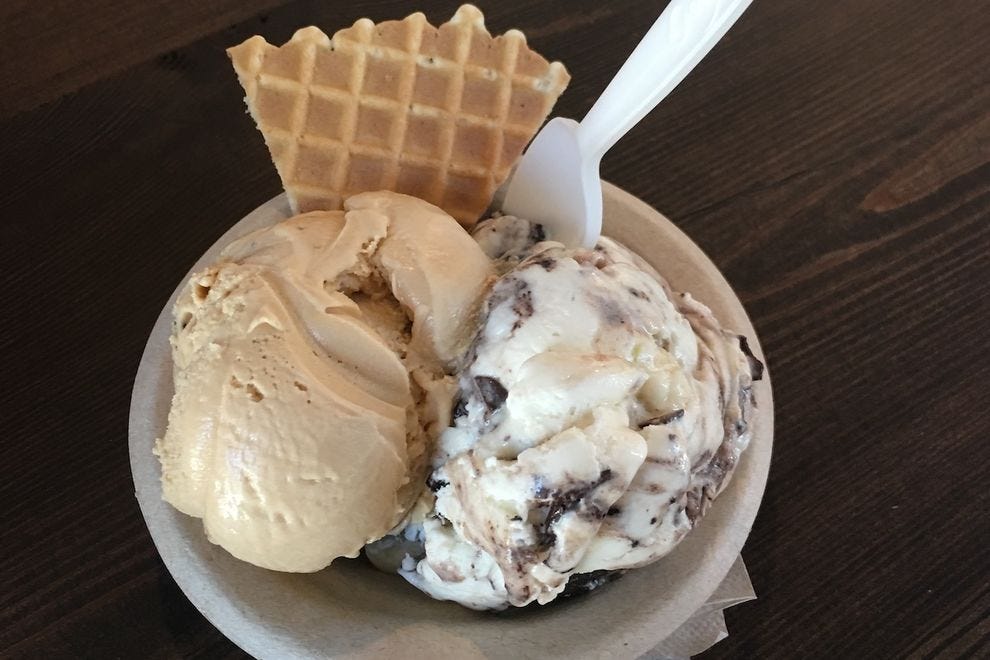 The city’s oldest existing public market building, Broadway Market has been around for more than 230 years and is getting ready for the next chapter in its storied history. 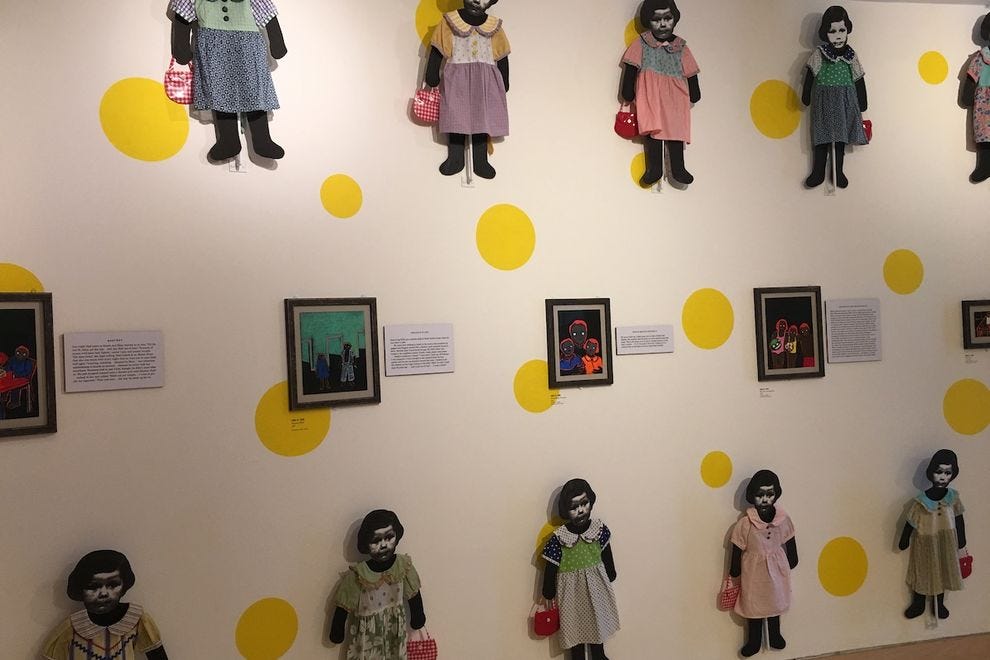 Likely to become your new favorite museum, AVAM – the official national museum for intuitive artistry – is a delightful, eye-popping and thought-provoking space to spend a few hours.

Every piece on display was created by someone who was self-taught, who received little or no formal training and “whose works arise from an innate personal vision that revels foremost in the creative act itself.”

Everything you see was created by everyday people – farmers, stay-at-home moms, mechanics, doctors, people who are retired, disabled, homeless – making it easy to relate to. Because the art was born out of passion rather than focusing on technique, it is accessible, powerful and, oh-so-inspiring. 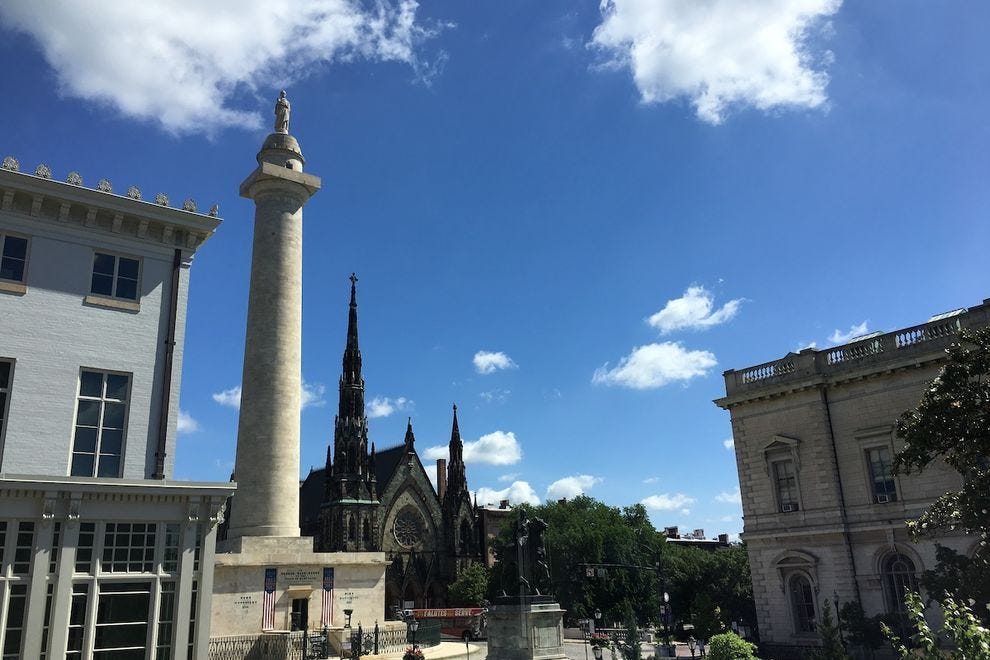 Designated a National Landmark Historic District and a City Cultural District, Mount Vernon is home to some of the loveliest, most well-preserved 19th-century architecture in the United States. Palatial homes face small parks that surround the original Washington Monument, the area’s centerpiece. It was built in 1815, more than 30 years before the one in D.C., and you can climb the 227 steps to the top for panoramic views.

While you’re in the neighborhood, stop by the Walters Art Museum, whose collection spans more than seven millennia, and the George Peabody Library, considered one of the most beautiful in the world. 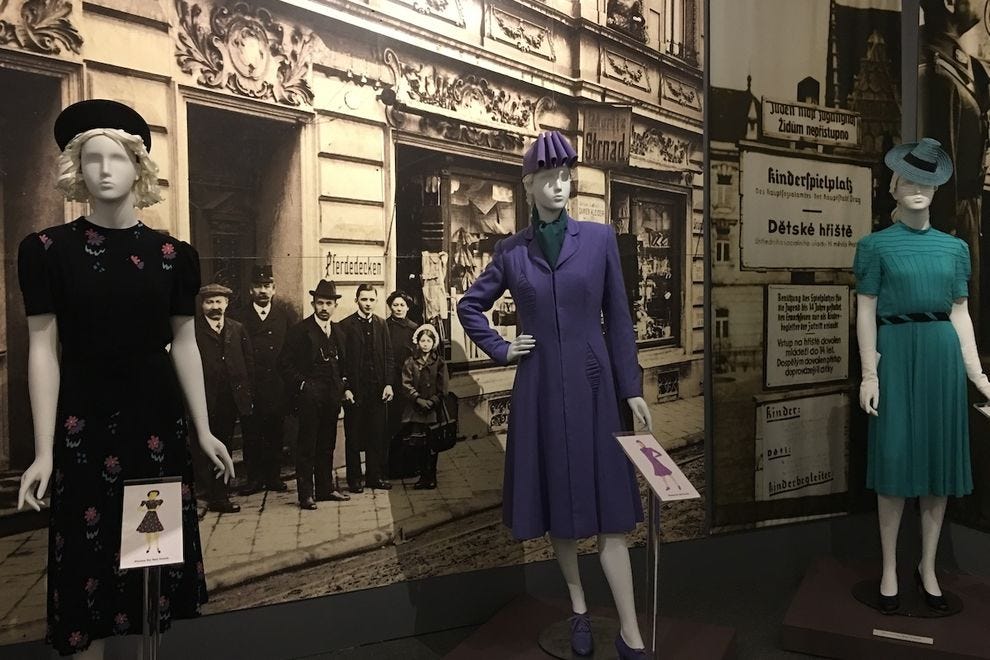 You don’t have to be Jewish to love this museum. Three galleries offer changing exhibits on unexpected aspects of Jewish history and culture from fashion to recycling to outer space, as well as a dedicated exhibit about the historic Lloyd Street Synagogue.

The museum interprets the Jewish experience in America through stories told through 12,000 objects, more than 68,000 photos and 850 oral histories. Speaking of oral history, be sure to walk over to Lombard Street, once known as “Corned Beef Row,” for a hot pastrami on rye at Attman’s or Weiss, two iconic Jewish delis that have been around for more than and almost a century, respectively.

This high-energy, technicolor diner has been a Baltimore staple for 25 years, serving breakfast, lunch and dinner all day.

With every wall, nook and cranny crammed with toys, posters and impressive collections of Pez dispensers and Matchbox cars, Papermoon’s décor is as eclectic as its inch-thick menu. Pancakes are served sweet (lavender, blueberry, chocolate chip) and savory (bacon and cheddar), sandwiches are stacked with everything from pork belly to portabella and burgers are offered in more than a dozen versions.

Milkshakes are the beverage of choice, and the caramel and sea salt shake is likely to send you over the moon. 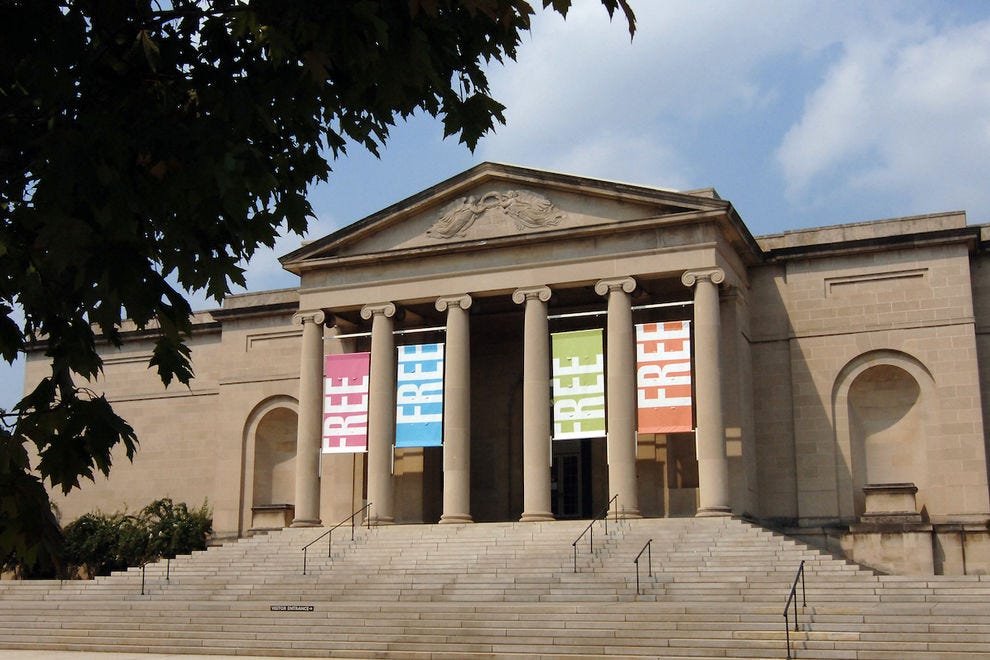 Founded in 1914 with a single painting, the Baltimore Museum of Art today boasts 95,000 works of art, including the largest public Henri Matisse collection in the world. Best of all, admission is free.

The internationally renowned Cone Collection is the crown jewel of the BMA, featuring 3,000 objects including 500 Matisse works (the museum has now acquired more than 1,000 of his works), as well as masterpieces by Paul Cezanne, Paul Gauguin and Vincent van Gogh. Visitors will also enjoy a variety of textiles, jewelry, furniture and African, Asian and Near Eastern art.

Make a day of it with lunch at Gertrude’s and a spree at the museum’s excellent gift shop.

Noisy Spirits Get Amy + Adam’s Undivided Attention | Kindred Spirits | Travel Channel
When to Go to Europe: The Best Times to Travel
The best après ski in Vail
Fresh Take: MrBeast Wants To Sell Lab-Grown Meat At His Burger Chain But Doubts People Will Eat It
Delta pilots would get more than 30% in pay raises under new contract deal