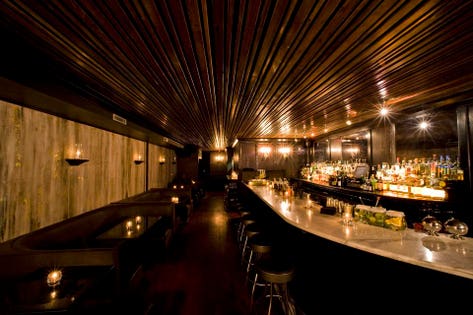 How do you follow up the first cocktail book to win a James Beard award? With a new book, plus a holiday boxed set.

Earlier this year, “Cocktail Codex” by Alex Day, Devon Tarby, David Kaplan and Nick Fauchald broke new ground when it took home the 2019 Book of the Year award at the James Beard awards, the first ever for a beverage-focused publication. “Cocktail Codex,” which deconstructs six cocktails from multiple perspectives, went on to snag the “Best New Cocktail Book” Spirited Award at this year’s Tales of the Cocktail conference.

“Cocktail Codex” is the second book from the team behind the Death & Co. bars, which now have locations in New York, Denver and soon, Los Angeles. The first book, “Death & Co.: Modern Classic Cocktails,” was published in 2014 and is currently one of the best-selling contemporary cocktail books.

This holiday season, the two publications will be packaged together for the first time. Available now for holiday pre-orders at www.deathandcompanymarket.com, the limited-edition sets will also be signed by the authors.

“We’ve always envisioned that these two books would complement each other,” Death & Co.’s co-owner David Kaplan says. “Between the two of them, they create a thorough understanding of cocktail culture and theory.”

But despite the thoroughness of both titles, Kaplan and his team felt there was still a lot left unsaid. “The first Death & Co. book is of a time and place,” Kaplan says. “We always wanted you to feel like opening up the cover of that book was like opening the door to [our] little cocktail world.”

“With ‘Cocktail Codex,’ we had this ambitious idea of contextualizing the landscape of cocktails,” he adds.

The third book, titled “Death & Co.: The Golden Age,” is still in the writing phase and won’t be out until at least 2021. It picks up where “Modern Classic Cocktails” left off in 2014, and will showcase new drinks as well as the properties in Denver and Los Angeles. This time, the book will written with the home bartender in mind.

“So many people have said, it’s almost impossible to make many of these drinks at home,” Kaplan says. “And yeah, to be honest, this is why you go out to a bar.” But the third book aims to be more home user-friendly, rather than just being a glossy coffee table book.

The third book will be “super aspirational but also an honest reflection of what we’re doing in the bars today,” Kaplan says. “That’s our goal with this.”