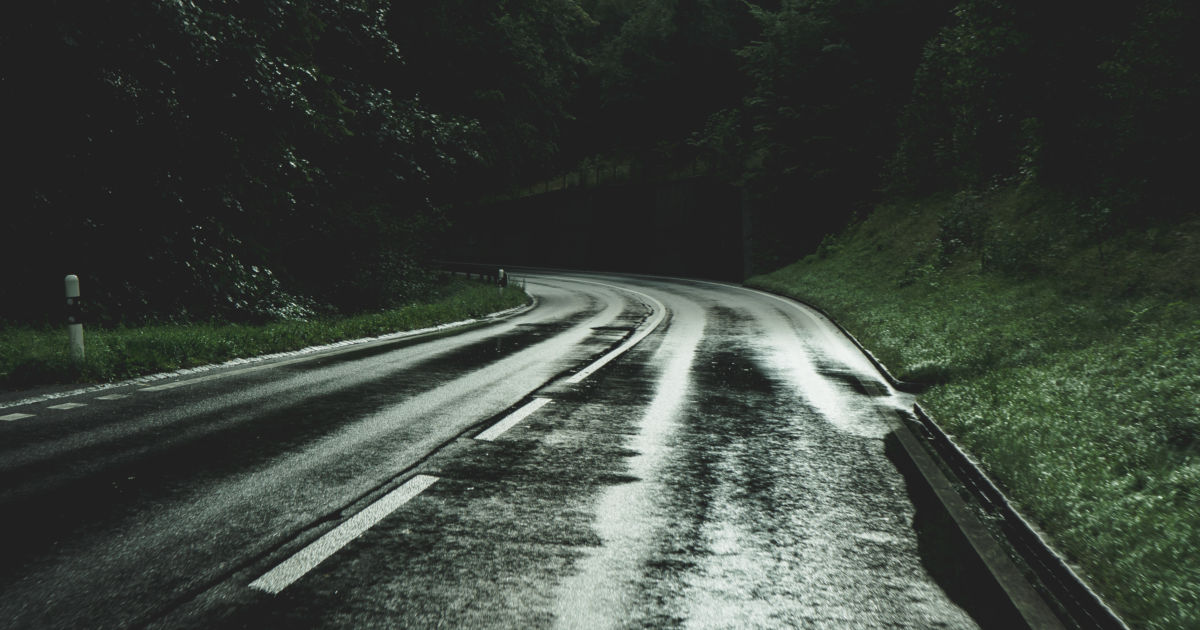 Autumn is high time to hit the road, where long nights and dark woods may summon the Halloween spirits and spooks.

Driving alone on a dark highway at night is the start of many a creepy ghost story. But what if some of those eerie tales are based on true stories? Hitchhiking specters, mutant wild animals, phantom vehicles, and vengeful ghosts are all part of the lore entrenched along some US motorways.

Some roads are spooky enough just passing by haunted sites, like New York’s “haunted history trail” that leads to dozens of hair-raising spots around the state. And then there are other thoroughfares where the paranormal comes to you – in ways you may never forget.

Here are a few of the country’s most worrisome roadways, where what you glimpse in the rear-view mirror may not be just your imagination.

Among a half-dozen supposedly haunted roads in New Jersey, Clinton Road in Passaic County casts the darkest shadows. The 10-mile stretch of highway, just an hour’s drive from Manhattan, may seem ordinary, until, for example, the ghost boy near the Clinton Reservoir pelts you with coins or leers at you from his watery reflection. Perhaps this little boy is in cahoots with the lady ghost who’s said to zoom around in her doomed Camaro, which crashed on Clinton Road in 1988 (mention her on the drive and you may trigger a sighting).

Phantom trucks and detached headlights could light the way to more sightings, like ghostly park rangers or other specters who met their demise on bridges or the sharp “dead man’s curve.” Even if you don’t believe in ghosts, Clinton Road’s sordid history as a meeting place for the KKK and Satanists left spooky vibes. Not to mention the mutant animal spooks some believe crossbred when the West Milford Jungle Habitat safari park shuttered in 1976, leaving behind supernatural creatures that roam the road by night.

New Jersey is home to several more spooky roads, so you can heighten your frights with Halloween road trips along Shades of Death Road in Warren County, Indian Curse Road in Deptford, Mt. Misery Road in Pemberton, and other eerie routes. (But only Clinton Road inspired a movie of the same name, released in 2019 and starring Ice-T.)

Some think that south Chicago is scary, but it’s got nothing on spooky Archer Road. Just south of town in Justice, Illinois, the boulevard dates back centuries as a Native American trail. In 1930, it was paved and became Archer Road (aka Archer Avenue), home to a shadowy legacy where phantom hitchhikers and ghouls suddenly appear. But its legend arrived with “Resurrection Mary,” Chicago’s most famous ghost. The story goes that back in the 1930s, dolled-up, blonde-haired Mary left a nearby party angry after a fight and was struck by a passing car. Ever since, drivers have claimed to see her hitching a ride in the night. On occasion, she’s even hopped in and given directions to Archer Road’s 540-acre Resurrection Cemetery – where she suddenly vanished.

Mary’s mystery got more peculiar in 1976, when a local called Justice police about the lady he saw inside the cemetery, grasping its iron fence. The police soon arrived to find the cemetery deserted, only to find the fence bars scorched and bent in the shape of hand prints.

Whether it’s the alleged cult activity or ancient curse cast on Kelly Road, the “Mystery Mile” of Ohioville, Pennsylvania, is famous for mighty bizarre stories. The strip is shaded by thick, uninhabited woods that local folks say is home to paranormal disturbances and untold history.

But it’s the animals that seem most disturbed when traveling on Kelly Road. Even the most docile of pets are said to become angry and even violent there, chasing humans and other animals with sudden aggression. Are they seeing spirits or hearing noises fit only for animal ears? Who’s to say. But most agree that, thankfully, the aggressive behavior subsides by reaching the one-mile marker into refreshingly unhaunted territory.

Animals turning rabid can be terrifying, but even more disturbing is catching sight of a seven-foot-tall werewolf on a quiet country throughway. Along the seemingly ordinary Bray Road just northeast of Elkhorn, Wisconsin, the “Beast of Bray” is said to roam the fields and forests by night.

Appearing like a wolf walking on either two or four legs, the giant creature also resembles Bigfoot descriptions, with fangs, claws, and brown and gray fur. (He’s among several alleged Bigfoot encounters in Wisconsin.) The first sighting was reported in 1936. But in the 1980s and 90s there were steady reports of the beast, with reporter Linda Godfrey so convinced of its existence via eye witness accounts, in 2003 she published The Beast of Bray Road: Tailing Wisconsin’s Werewolf.

One of the country’s longest haunted highways is a 140-mile length of Florida freeway. Nicknamed the “I-4 dead zone,” Interstate 4 stretches from Orlando to Daytona, where traffic accidents, injuries, and other strange happenings have held strong for more than a half-century. The creepiness began in when interstate construction workers discovered graves from early American settlers who perished from yellow fever. Nevertheless, highway construction continued. Then on opening day, a tractor-trailer that jackknifed near the graves brought the highways’ first fatality.

More than 1,500 accidents have plagued the interstate since 1969, not to mention the phantom trucks and cars that have been spotted speeding and crashing there. Hurricanes and tornadoes are said to have traveled exactly along I-4, while alleged hitchhiking apparitions, floating headlights, and freezing asphalt on hot days only add to the freakiness.

Motorists: Remember to keep your focus on the road and keep your speed slow and steady, regardless of possible otherworldly roadside attractions.