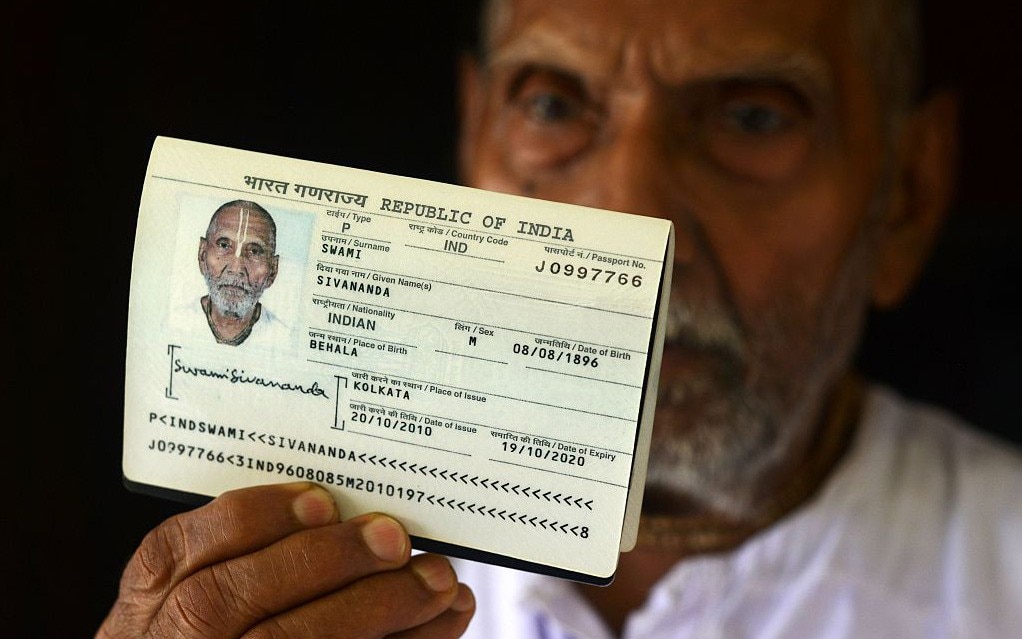 Sivananda lost both parents when he was six years old and was sent to live with a guru. He was raised in poverty and adapted to a basic lifestyle. While the purpose of his trip to London is unknown, it’s not the first time the Hindu yogi has made the press.

Although initially reluctant to seek media coverage, Sivananda was apparently persuaded by his followers in 2016 to claim the Guinness World Record as the oldest person alive. He has thus far been unable to do so due to inadequate proof.

“I lead a simple and disciplined life,” he explained. “I eat very simply – only boiled food without oil or spices, rice and boiled daal. I avoid taking milk or fruits because I think these are fancy foods. In my childhood I slept many days on an empty stomach.”

Sivananda, who grew up in colonial-era India with no phones or electricity, also shared his thoughts on modern society, remarking: “Earlier people were happy with fewer things. Nowadays people are unhappy, unhealthy and have become dishonest, which pains me a lot.”

The oldest person who currently holds the Guinness record is Kane Tanaka, a Japanese woman who is 116, an age she attributes to “sleep, family and hope”. Which arguably sounds more appealing that a life without sex and spicy food.

Introducing the Grand Canyon
Move Over Potato Chips, It’s Time For Salami Chips!
Getting around Vancouver: How to see the city’s best sights, with or without a car
16 Travel Hacks That Actually Save Money
Why kids will love New Orleans as much as you do