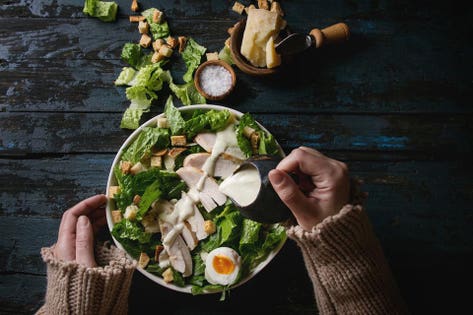 If you talk to your food, that may be what you tell your ready-to-eat chicken that you are ready to eat. The U.S. Department of Agriculture’s Food Safety and Inspection Service (FSIS) has announced that Tip Top Poultry, Inc, is recalling some of its frozen cooked, diced or shredded ready-to-eat chicken products. The reason? Products that were produced between January 21, 2019 and September 24, 2019 may be contaminated with Listeria monocytogenes.

After testing of multiple samples in Canada was positive for Listeria monocytogenes, the company decided to recall the products listed in a spreadsheet provided by FSIS and a PDF as well. This recall includes products shipped to the U.S. and Canada that carry the establishment number “Est. P-17453” inside the USDA mark of inspection. The FSIS announcement said that Tip Top broadened the products and dates of the recall “out of an abundance of caution.” It is better to have an abundance of caution than an abundance of Listeria.

What’s the Listeria? As I wrote for Forbes, this is the bacteria that made people go avocado-don’t earlier this year out of contamination concerns. Listerosis, which is a Listeria infection, can result in an abundance of loose poop, otherwise known as diarrhea, as well as fever and feeling like poop. These are the most common symptoms of Listerosis and can begin anywhere from three to 70 days after you’ve consumed the bacteria.

Things can get worse if Listeria gets in your blood or in your head, which is more likely if your immune system is weakened. In your blood, the bacteria can lead to sepsis, which can, in turn, lead to organ damage, organ failure, and death, all of which would be bad. In your head, Listeria can inflame your brain (encephalitis) or the membranes around your brain (meningitis), both of which can be life-threatening, which, in case you didn’t know, would also be bad.

If you are pregnant, there is the additional risk of miscarriages, premature deliveries, stillbirths, and infections in the newborn.

With so many cases of food contamination since early 2018, significantly more than in previous years, it’s important to pay attention to outbreak news and food product warnings and recalls. Yes, in the past two years, food-borne illnesses have become much more than just a poultry problem.

Cafeteria culture in Indiana: try the ultimate comfort food
The best hotels for woodland walks in Britain this winter
Find the best Las Vegas experience for you: 10 trips sorted by travel type
Ilegal Launches A Rare Aged Mezcal
How to get around in Switzerland