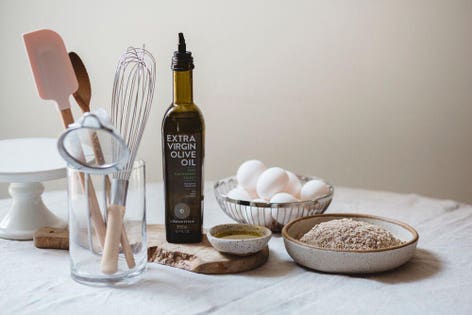 As many consumers have become more concerned about health, Extra Virgin Olive Oil (EVOO) is experiencing sales growth in the U.S. California-based companies are driving this trend, with more than 400 growers crafting 75 olive varieties.  While the overall olive oil market is essentially flat, there has been robust growth in premium California EVOO oils, driven by a reputation with consumers for being healthy and fresh. Indeed, freshness is important to consumers in the premium segment, some of whom argue EVOO should be sold in the produce section of the supermarket.

Several premium California EVOO brands are getting rave reviews, but the high demand has created an associated controversy in that some competitors are labeling their products “California-grown” when the production process actually involves blending oils from other areas, including Spain, North Africa, and  Argentina, among others. As a result, a bottle of olive oil may be advertised and branded as “California,” but the fine print on the back label may indicate that the oil comes from multiple countries.

Battles over the legality of region or country of origin labeling are nothing new. For example, after protracted regulatory battles, in California, wine is regulated such that 75% of the grapes used in production must come from the state or region (e.g., on the label).  Moreover, in the last few decades, the World Trade Organization has been issuing regulations pertaining to the protection of the right to label a product based on geographical origin (e.g., the body ruled that only Champagne grown in that region of France can use the name Champagne).  However, the fact that there has been controversy over labeling elsewhere is not helpful for EVOO producers.

With no federal regulation specifically governing labeling geographic origin in the olive oil industry, some premium California brands of EVOO, have taken matters into their own hands. Specifically, the California Olive Oil Council (COOC), the national trade association for producers has created the COOC seal for EVOO, which is designed to assure buyers that the brand they buy is extra virgin olive oil, is grown in California, and has come from the most recent harvest in the state.

One company that has obtained the label is Cobram Estate, a company initially founded in Australia that expanded to California in 2015. The company’s U.S. operation works directly with California farmers to grow a high-quality product and is vertically integrated, owning nurseries, orchards, processing, bottling, and laboratories in Woodland, CA. Marissa Gomes, Vice President of Marketing for Cobram notes that growth in the EVOO market has been rapid, “The California olive oil category really only started around 10 years ago and has grown significantly to over $100M, which is about 10% of the total US Olive Oil retail sales,“ she says, “in the past 52 weeks, the total US Olive Oil category has declined. However, the California Extra Virgin Olive Oil segment has experienced YOY growth of over 5%. Gomes also observed that growth has been driven by consumer preference for quality but that transparency in labeling has been needed to protect consumers who are paying premium prices.

The COOC seal is designed to help to ensure consumers that what they are buying is fresh, high quality, and made in California.  Adam Englehardt, President of US Operations for Cobram Estate states, “It’s important that consumers read the fine print to understand the source of their olive oil. If you want to purchase an authentic, 100% California Extra Virgin Olive Oil, you need to look on the back panel and check the product’s country of origin. It’s that simple.” Englehardt notes that his company’s brands also place the harvest date as a further assurance of freshness.

Going forward, Cobram Estate and several other EVOO producers would like to see the FDA adopt the COOC standard at a national level. Gomes says that the general issue of misleading labels is highly problematic for both companies and consumers: “Misleading labeling is rampant in the category, unfortunately. There is often a disconnect between the perceived country of origin and then what is actually listed on the back panel. For example, something may have a very Italian name and brand identity but when you turn it over to review the back panel, you find out that it’s actually sourced from multiple countries in Europe or Africa. In my opinion, it’s deceptive and asking the consumer to work too hard at the grocery shelf to understand what they are buying.”

Overall, sales from California producers account for only about 5% of the overall U.S. market segment, though these olives skew toward the premium segment.  As such, in the absence of stricter federal level requirements, the COOC represents a good mechanism for helping premium segment consumers identify California grown EVOO brands.

Do I need a visa to travel to Ireland?
An expert guide to ski holidays in Avoriaz
Venice city guide – Lonely Planet travel video
The best après-ski in Passo Tonale
The 15 best experiences in Toronto