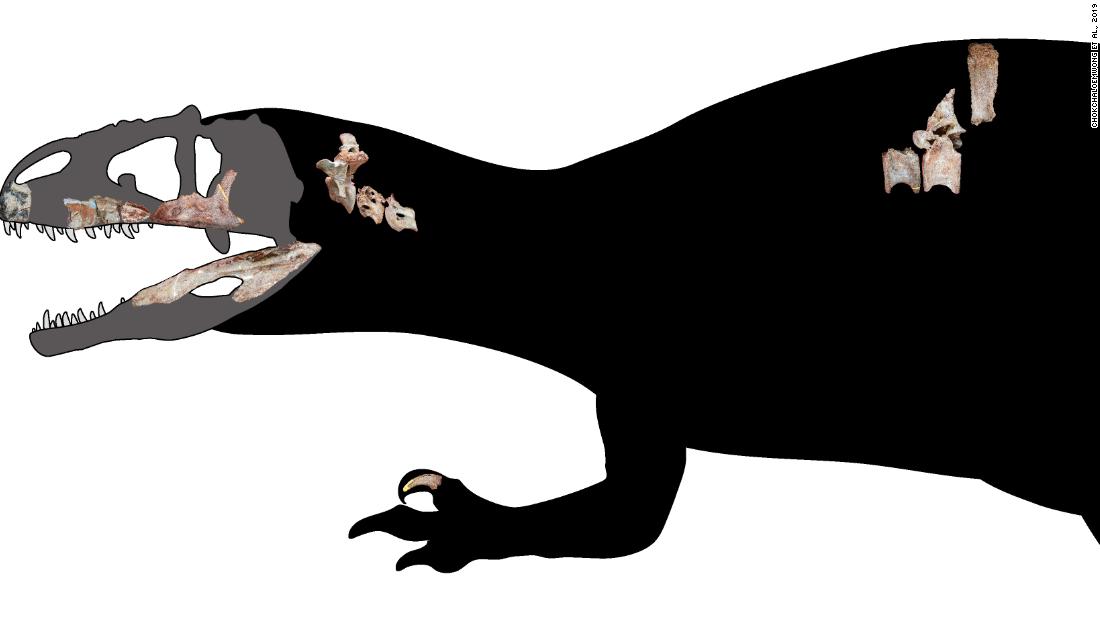 Travel
Share on Facebook
Share on Twitter
Share on Pinterest
Share on LinkedIn
Researchers from Nakhon Ratchasima Rajabhat University (NRRU), Thailand, and Fukui Prefectural University (FPU), Japan, believe the dinosaur, which they have named Siamraptor suwati, was a top predator around 115 million years ago. It is thought to have been at least 8 meters long.
Their study, which is part of the Japan-Thailand Dinosaur Project, was published in the open-access PLOS ONE journal.
Soki Hattori, a paleontologist at FPU, was quoted by Reuters as saying: “Siamraptor is the largest predator in the environment and thus could be an apex predator at that point in time.”
The fossils, which came from at least four individual dinosaurs, include parts of this species’ skull, backbone, limbs, hips and teeth, a news release on the study said.
They have provided evidence on the development of the dinosaur group called carcharodontosaurs, from which the Siamraptor represents a very early evolutionary split, the researchers explained.
The group’s most famous member is the Carcharodontosaurus, whose name, meaning “shark-toothed lizard”, was chosen due to its flesh-tearing efficiency. It lived in northern Africa around 94-98 million years ago and was approximately 15 meters long, according to the British National History Museum.
Commenting on the appearance of the dinosaur family, Hattori said: “The teeth of carcharodontosaurs, including Carcharodontosaurus, exhibit characteristic undulations of the surface along the margin of the thin, blade-like ‘shark-tooth.’
“This feature is also observed in Siamraptor’s teeth,” the paleontologist added, according to Reuters.
Hattori told CNN the researchers believed the Siamraptor would have been covered in scales.
Since the earliest known fossils from this dinosaur group come from Africa and Europe, it was a surprise to find an early member in Southeast Asia.
In comments to CNN, Hattori hailed the “important” discovery as shedding “new light on the early evolutionary history of this group.”
This article was originally published by Cnn.com. Read the original article here.
Share on Facebook
Share on Twitter
Share on Pinterest
Share on LinkedIn