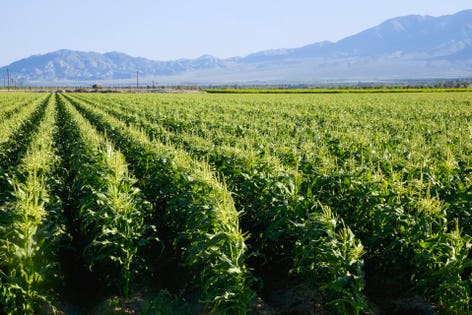 California plans to ban all sales of chlorpyrifos after Feb. 6, 2020, according to an agreement between the California Department of Pesticide Regulation (DPR) and manufacturers. Growers must use their chlorpyrifos supplies by the end of Dec. 31, 2020, and will not be allowed to own the pesticide after this date.

The DPR cited concerns about chlorpyrifos affecting the health of children, such as causing “impaired brain and neurological development.”

How Chlorpyrifos Affects the Nervous System

Chlorpyrifos is an agricultural pesticide with a variety of uses, including the ability to kill insects that harm crops. Introduced by the Dow Chemical Company in 1965, chlorpyrifos can eliminate insects by interfering with an enzyme called acetylcholinesterase in their bodies, which breaks up the neurotransmitter acetylcholine.

When an insect’s body cannot produce the enzyme, the levels of acetylcholine build up and overstimulate the nervous system until the insect dies. People also have acetylcholinesterase and acetylcholine in their bodies, so there have been ongoing concerns about the pesticide’s impact on human health.

The Agency for Toxic Substances and Disease Registry (ATSDR) explained, “In people, short-term oral exposure (one day) to low (milligrams) levels of chlorpyrifos can cause dizziness, fatigue, runny nose or eyes, salivation, nausea, intestinal discomfort, sweating and changes in heart rate. Short-term oral exposure to much higher (grams) levels of chlorpyrifos may cause paralysis, seizures, loss of consciousness and death.”

Phasing Out and Banning Chlorpyrifos

The U.S. Environmental Protection Agency (EPA) banned the household use of chlorpyrifos in 2000 because of concerns about the pesticide’s neurotoxicity, but it continued to be used in agriculture. From corn to cauliflower, more than 100 crops are treated with the pesticide in the United States.

From 2000 to 2014, the EPA took multiple actions, such as modifying the pesticide’s label, changing the application rates and revising the human health risk assessments. In 2016, the EPA proposed a complete ban of chlorpyrifos, but it reversed this decision in 2017. The EPA said, “The Agency concluded that despite several years of study, the science addressing neurodevelopmental effects remains unresolved and further evaluation of the science during the remaining time for completion of registration review is warranted.”

At this time, California and Hawaii are the only states that have banned chlorpyrifos. The DPR considers chlorpyrifos a toxic air contaminant that winds can carry, and the ATSDR acknowledges that it can stick to soil. The greatest risk of exposure is to farm workers who are in direct contact with the chemicals. Questions remain about how much exposure people receive when they consume crops treated with the pesticide and how much chlorpyrifos affects the soil, water and air.