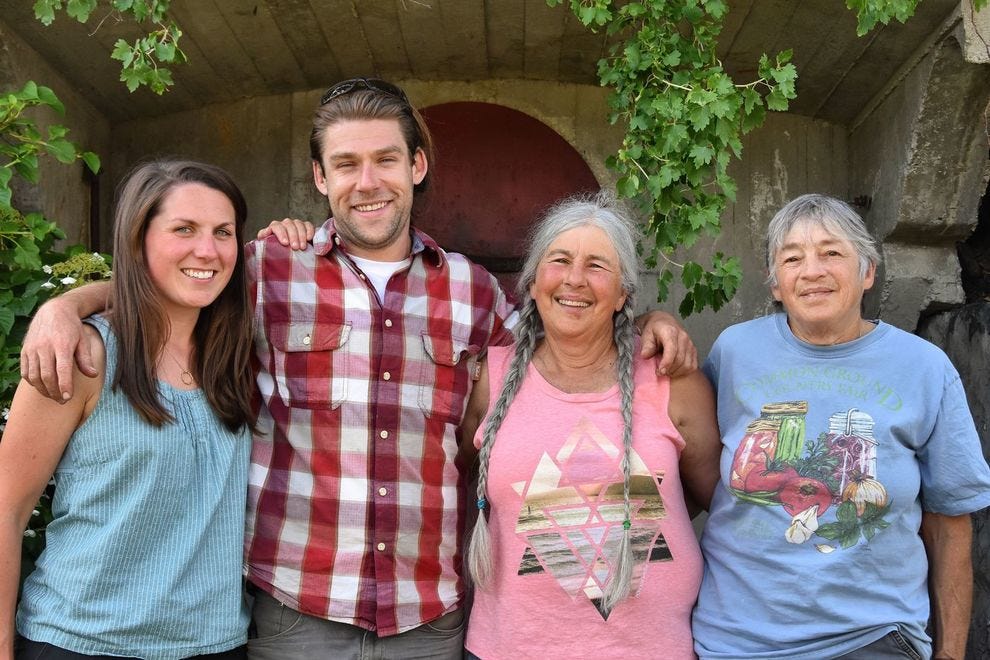 Vermont cheese culture could reasonably be divided into two eras: before Orb Weaver Farm and after.

For 38 years, self-taught cheesemakers Marjorie Susman and Marian Pollack made just one kind of wheel: a wax-dipped raw milk wheel with a creamy texture and robust flavor. Back in 1980, the young couple simply wanted to go back to the land on a small farm with lush pastures in the Champlain Valley, about 45 minutes south of Burlington, growing vegetables and milking a few cows to feed themselves and make a little living.

They didn’t know it then, but Orb Weaver, as that farmstead wheel came to be known, was Vermont’s first artisan cheese – and Susman and Pollack were the mothers of a movement that’s come to define the state as much as ski slopes and maple syrup.

Despite the accolades Orb Weaver received over the years, the couple laid low, keeping production small and localized. But a few years ago, they realized that nearly four decades of year-round farming – milking cows and making cheese all winter, then turning their attention to organic vegetables in spring and summer –had taken its toll.

Susman and Pollack were ready to retire, but the veteran farmers didn’t have any children to pass on the farm to, and they couldn’t bear the thought of selling off their life’s work and abandoning the home they’d made there. 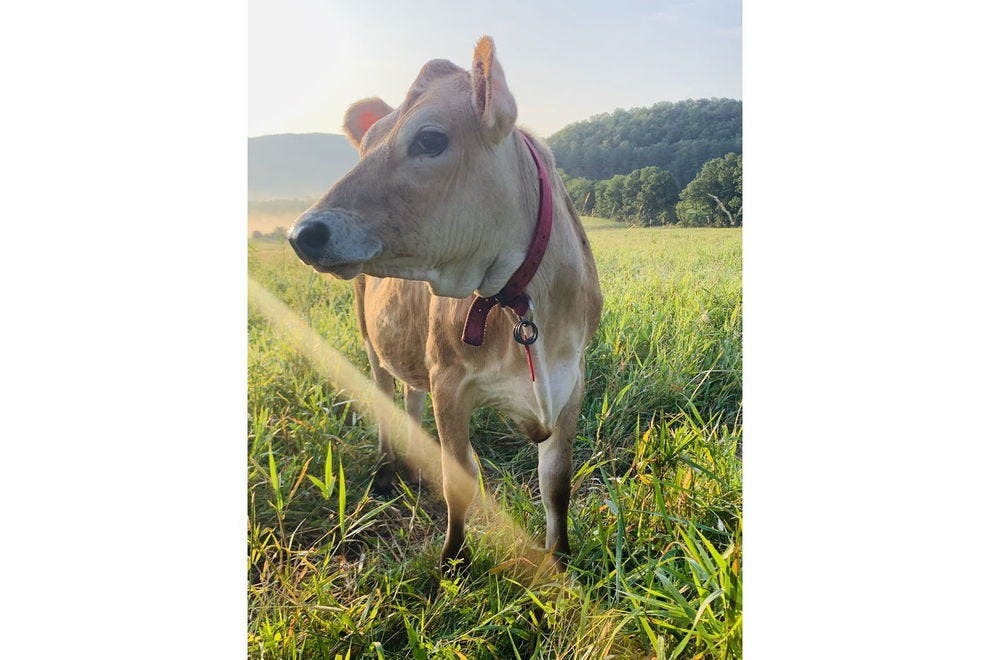 Last year, Susman and Pollack officially stepped back from the milking parlor and the cheese cave, taking the first steps to transitioning the farm and cheesemaking business to a young dairying couple, Kate Turcotte and Zack Munzer. Turcotte spent several years heading up cheddar production at nearby Shelburne Farms, in addition to making cheese at Consider Bardwell Farm in southwest Vermont. It was there that she met Munzer, who works in breeding and herd management.

But the transition didn’t happen overnight.

In fact, it’s notable that it happened at all – especially in the midst of a worsening dairy crisis that’s seen hundreds of small and midsized farms in the Northeast forced to sell off herds and land in the past several years, even in dairy strongholds like New York, Pennsylvania and Vermont.

Though they’d been warned by agricultural agencies who help with succession planning that agreements often fell apart at the last minute, both parties were determined to make it work.

“If we succeed, they succeed,” Turcotte said of the multi-year courting process the couples went through. “We both have a vested interest in making this continue.”

Now, going into the second year of Munzer and Turcotte’s three-year lease – the initial step towards purchasing the farm –they wouldn’t have things any other way.

“I went from not really caring whether we were a one-generation farm to being so happy that they’re doing this and taking over the name,” Susman said. “It makes me feel really great about it.”

This past winter, Turcotte became the first person aside from Susman and Pollack ever to make the farm’s signature cheese, stashing their aging rooms full of the original wax-dipped wheels as well as their cave-aged sisters, which are only made seasonally with winter’s rich, fatty milk.

During the same time, the original Orb Weavers began to enjoy their semi-retirement, sleeping in, taking tai chi classes and visiting friends.

“We rested after 40-odd years of working harder than we wanted,” Pollack said. But they still work some: the couple continue to grow lettuces, tomatoes, peppers and other vegetables for local chefs and co-ops each summer. 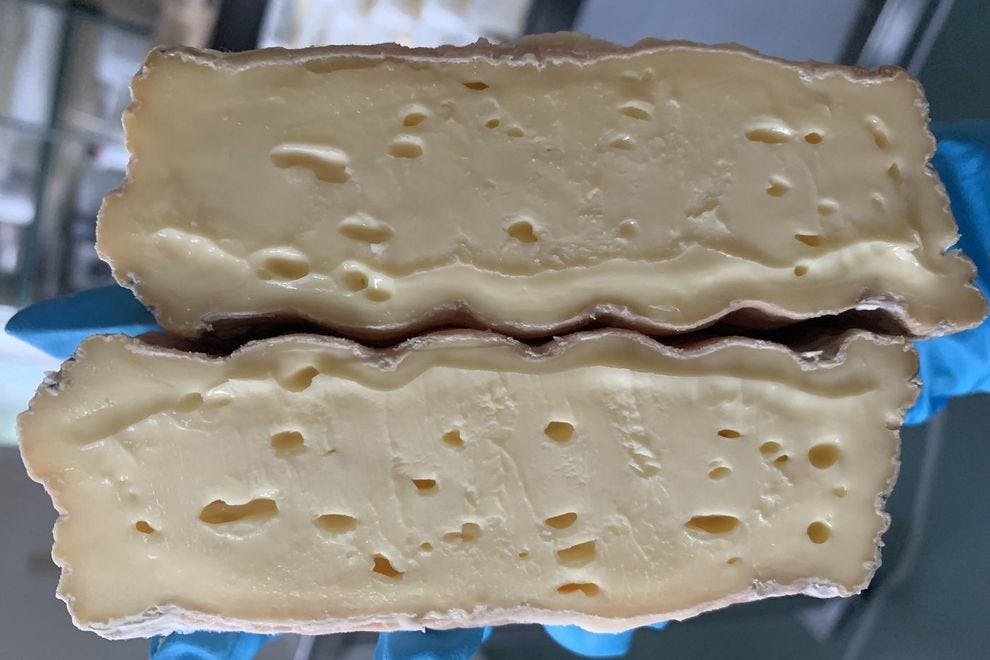 Now, you can buy several styles of cheese from Orb Weaver Creamery, as the new business is called, aside from the original farmstead and its cave-aged sister. Each takes its name from one of the eight cows in Susman and Pollack’s original herd.

The new Orb Weavers are collaborating with other Vermont artisans, too. Whimsey is a rich, robiola-style button with a dose of funk courtesy of a bath in small-batch hard cider made at Windfall Orchards in nearby Cornwall (for a proper Addison County happy hour, pick up a bottle and taste them together). And, of course, Turcotte can’t keep from making squeaky, snackable cheddar curds, perfected over her years at Shelburne Farm.

With the second generation in place, it’s easier than ever to get your hands on Orb Weaver’s once-elusive wheels at co-ops and cheese shops from Middlebury to Burlington to the Mad River Valley (imagine the après-ski cheese board you could dig into). Follow Orb Weaver Creamery on Instagram for updates and info on where you can get your hands on them.

The young farmers also sell at the farmers’ market in nearby Vergennes on Wednesday afternoons and the Shelburne Farmers’ Market on Saturday mornings in season, sharing the history of Vermont’s cheese culture and the taste of this special place with a growing number of tourists and locals alike.

“There’s so much that’s depressing about dairy and farm transitions,” said Pollack. “But this is a good story.”

Do I need a visa to travel to Ireland?
Budget-friendly Gift Ideas for Any Traveler
Cyber Monday Wine Deals
Find the best Las Vegas experience for you: 10 trips sorted by travel type
Hoping to beat the tourist crowd on your trip to Japan? That ship has sailed