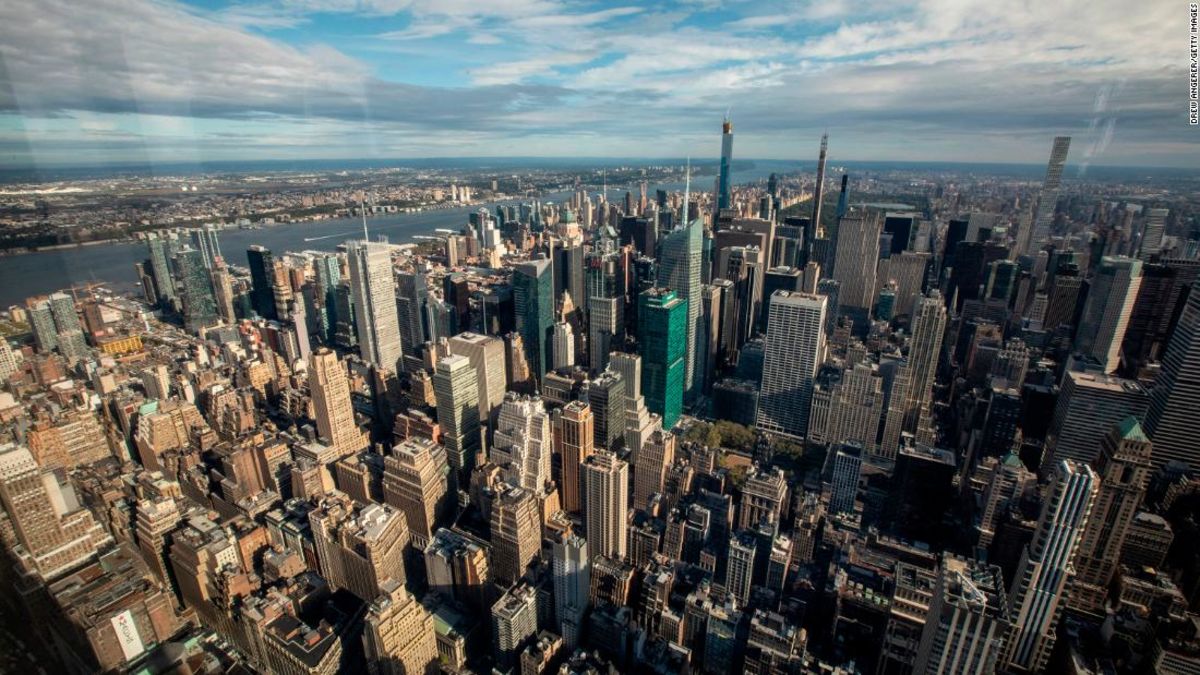 Travel
Share on Facebook
Share on Twitter
Share on Pinterest
Share on LinkedIn
New York (CNN) — The 4 million annual visitors to the Empire State Building will now be treated to an even more spectacular view of New York City — a 360-degree expanse revealing the Hudson and the East rivers, the World Trade Center and Chrysler Building, Central Park and more.

It’s all thanks to the 102nd floor observatory’s renovation and reopening on Saturday, October 12.

The new observatory, on the highest floor of the building, now offers unobstructed views of the city and beyond, from a height of 1,250 feet (381 meters).

The new observatory, on the highest floor of the building, now offers unobstructed views of the city and beyond, from a height of 1,250 feet.

Previously, the space offered shorter windows blocked by 3-foot-tall walls. The renovation has torn down those walls and replaced the windows with mammoth floor-to-ceiling glass panes, each one weighing 450 pounds.

The upgrade to the building is “a reflection of what it means, to 13 cultures in nine languages around the world, to be at the Empire State Building,” explained Anthony Malkin, chairman and CEO of the Empire State Realty Trust. “People share the same words — iconic, authentic, historic, dreams, inspiration — we wanted to make that part of” the visitor experience.

“Every single person will be able to stand facing a window and not touch anybody else” — often a rare circumstance for New York City tourists.

Visitors take in views of Manhattan from the newly renovated 102nd floor observatory of the Empire State Building.

The Empire State Building, originally opened in 1931, is one of the most visited attractions in the world, and is open to visitors from 8 a.m. until 2 a.m. daily, with the last elevator ascending at 1:15 a.m.

The unveiling of the 102nd floor observatory is the third phase of the Empire State Building’s years-long top-to-bottom renovation that began in 2007.

The second stage of the refurbishment in July revealed a new second-floor museum gallery that documents the history of the building.

It also showcases the building’s star moments, including portraits of celebrities on the 86th floor observation deck and a panoramic video experience integrating the major films featuring the building: “King Kong,” “An Affair to Remember” and “Sleepless in Seattle” among them.

All the elevators leading up to the viewing areas have also been modernized, with glass panel additions so visitors can see some of the inner workings of the building from the lift.

Explaining one of the motivations for the observatory refurbishment, Malkin said, “The entire rest of the building had been upgraded, and we were still offering the same experience we offered Queen Elizabeth back in the 1950s.”

And competing with newer buildings is naturally part of the mission of the Empire State Building, now that Manhattan’s skyscraper landscape also boasts the One World Trade Observatory, which provides sweeping city views especially gorgeous at sunset.

In the spring of 2020, an observatory at Hudson Yards, aiming to be the western hemisphere’s highest observation deck, will give the current scene stealers a run for their money.

“We want the observatory and the views and the experience here to meet the 21st century and beyond,” Malkin added. “We are the authentic show in New York City.”

The restoration will also include the building’s historic lobby with its celestial ceiling mural made from aluminum leaf and 23-karat gold.

The project aims to reduce the building’s energy consumption by more than 38%, according to the Empire State Realty Trust.

Hoping to beat the tourist crowd on your trip to Japan? That ship has sailed
The 3 Best Rye Whiskeys For Fall 2022
MY NEW FAVOURITE COUNTRY
How to get around Toronto like a local
Cafeteria culture in Indiana: try the ultimate comfort food