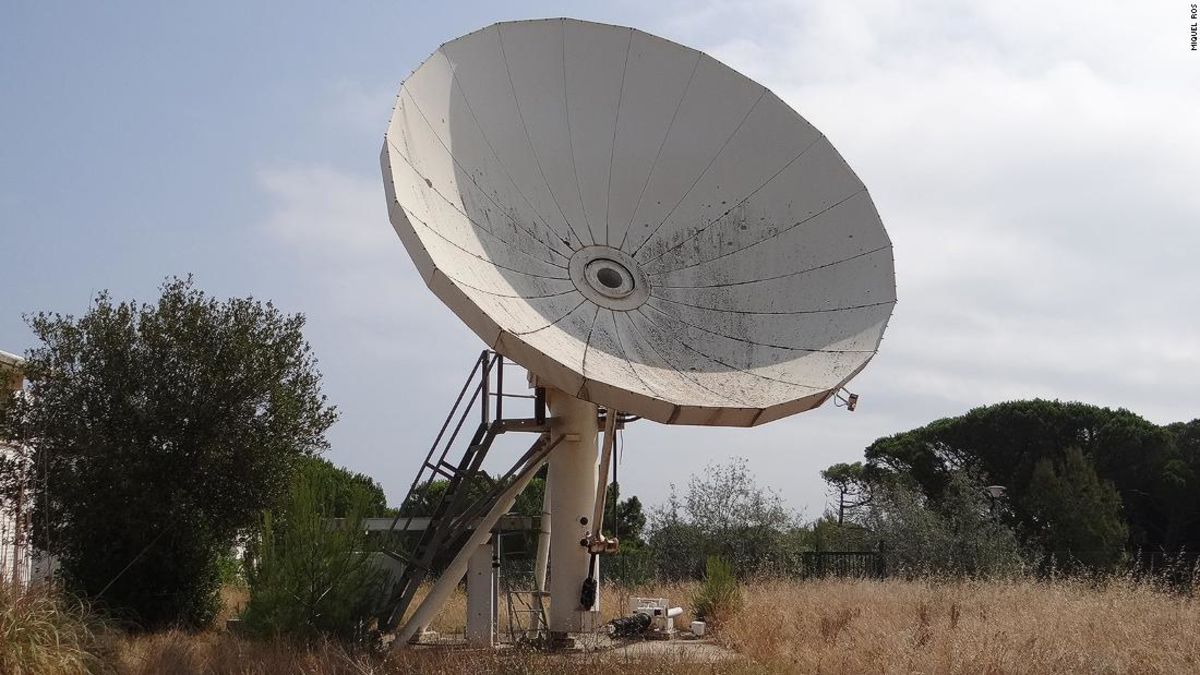 From the other side of the Iron Curtain, the radio broadcasts of US-funded Radio Liberty reached deep inside the Soviet Union. This was an opening line destined to enter Cold War folklore.

What most of those clandestinely tuning in could not possible imagine is the unlikely location those broadcasts were coming from.

This quiet beach resort of Platja de Pals, Spain, tucked between the Mediterranean Sea and the greenery of pine groves and rice paddies, makes for an unlikely Cold War front line, but this is exactly the role it played for nearly half a century.

At this spot, some 150 kilometers north of Barcelona, Catalonia’s rugged Costa Brava opens up into a large bay lined by a long sandy beach, the perfect location for what was to be one of the most powerful broadcasting stations in the world.

In the mid-1950s, and after nearly two decades of international isolation for Francisco Franco’s Spanish dictatorship, the increasing tensions of the Cold War provided the background for a rapprochement between Spain and the United States.

In this new Cold War context, Washington took an interest in Spain’s strategic location. General Franco, himself a staunch anti-communist, was happy to oblige. In a landmark deal, the United States was provided with a string of bases on Spanish soil, while Franco’s dictatorship would see its relations with the West restored.

The setup of Radio Liberty’s broadcast station in Pals was a side effect of this new geostrategic reality.

From 1959 to 2006, this beach was home to 13 massive antennas (the largest of them 168 meters high, or more than half the size of the Eiffel Tower). This spot was favored not only because of the availability of space — the antennas were laid out in a mile-long line parallel to the shore — but also because it provided direct, unimpeded access to the sea. A physical phenomenon called tropospheric propagation makes it possible for radio waves to travel further over water.

Radio Liberty’s antennas are gone but the transmitter remains.

The Pals station was part of the larger Radio Liberty network that was headquartered in Munich. Content was also produced in West Germany, translated into the different languages of the Soviet Union, and then sent to Pals for broadcasting.

At its peak, some 120 people worked at the site, some American, but also quite a few locals. The radio station, though, physically cut off from its surroundings, was a mysterious off-bounds world. Yet, at the same time, Radio Liberty’s towering antennas, that were brightly illuminated at night, were always a looming presence for the many holidaymakers flocking to the nearby beaches each summer.

For decades Radio Liberty’s broadcasts were one of the few ways Soviet citizens had to get uncensored news from abroad. Even Mikhail Gorbachev, the then president of the Soviet Union, stated that it was Radio Liberty that kept him informed of what was going on during the putsch attempt of August 1991, when he was briefly detained at his summer residence in Crimea.

However, this historical moment Gorbachev alluded to turned out to be Radio Liberty’s swan song. With the dissolution of the Soviet Union, the Pals facility lost its raison d’etre. It soldiered on through the 1990s, only to finally close down in 2001.

This opened a public debate about what should be done with the site.

Some suggested turning it into a museum and preserving at least one of the antennas as a memorial; others wanted to get rid of it altogether.

The latter group finally prevailed — but only as far as the antennas were concerned.

On March 22, 2006, five years after the final broadcast, the 13 antennas, some 700 tons in all, were brought down in a simultaneous controlled demolition.

With the antennas gone, the territory where they once stood was turned into a nature conservation area.

Today, most of the buildings within the radio station’s perimeter remain in place. Uncared for and exposed to the elements, particularly the northerly gales that whip this coast in winter, they’re crumbling after almost two decades of disuse.

The place has acquired the dilapidated aspect that is so familiar to those that have visited other abandoned Cold War sites: the feeling of stepping into a time capsule.

This atmosphere inspired Catalan artist Marina Capdevila, who is known for her large-scale murals.

In the summer of 2018 she worked on the roof of Radio Liberty’s main building over a period of 12 days. The result is an eye-catching, colorful, mural painting that covers some 2,000 square meters of surface.

“When I discovered this place I was quickly amazed by its potential, by the possibility of turning these abandoned, decaying, buildings into something beautiful. My partner, who happens to be from the area, had brought a small drone with him and this gave us the idea of doing something that could only be seen from bird’s-eye view,” Capdevila explains. “It was hard work in the middle of the summer; we had to carry lots of paint all the way to the roof. Luckily I had other people helping me.”

One year later, the painting is still there, mostly for the birds to enjoy. A last homage to this forgotten Cold War hotspot.

An expert guide to ski holidays in Vail
Mother Terrorized By Spirits Haunting Nursery | My Horror Story | Travel Channel
Getting around Vancouver: How to see the city’s best sights, with or without a car
Introducing the Grand Canyon
The best hotels near Oxford Street in London