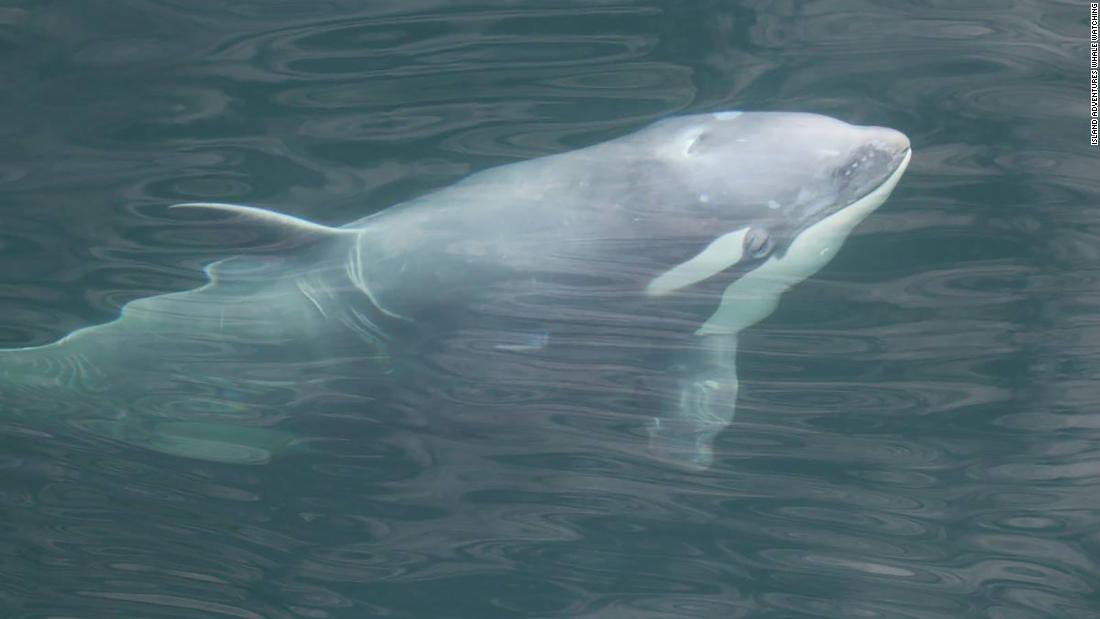 Travel
Share on Facebook
Share on Twitter
Share on Pinterest
Share on LinkedIn
Tl’uk, whose name means “moon” in Coastal Salish, is already something of a local celebrity in north coastal Washington. He’s been spotted a handful of times in the Salish Sea by local whale watchers and cropped up again this weekend, Island Adventures Whale Watching lead naturalist Erin Gless told CNN.
Tiny Tl’uk was first spotted in November 2018, and he’s about a year old, she said. He’s not an albino whale–he’s more of a cloudy grey–but it’s still unusual for orcas to be anything but black-and-white, a tool they use to camouflage themselves while stalking prey.
Gless said she’s not sure how Tl’uk got his coloring–it worried researchers who first thought it signaled his health was declining. But nearly one year later, he’s growing and packing on pounds–all signs he’s in good health.
Tl’uk is a Bigg’s killer whale, a transient type of orca that hunts seals and sea lions up and down the West coast.
Washington’s resident orcas that feast exclusively on salmon are having less luck–the fish’s numbers have significantly declined, and as its prey shrinks, so do orca populations in the Pacific Northwest.
Southern resident killer whales are considered endangered, according to the National Oceanic and Atmospheric Administration.
Beyond their shrinking prey, they’re vulnerable to toxic chemicals like PCBs, noise pollution that interferes with their communication and oil spills, particularly the 1989 Exxon Valdez incident.
This article was originally published by Cnn.com. Read the original article here.
Share on Facebook
Share on Twitter
Share on Pinterest
Share on LinkedIn

Austin’s top 6 neighborhoods for staying close to the action
Amsterdam: Only Red Lights & Weed?
How to get around Toronto like a local
MY NEW FAVOURITE COUNTRY
How to visit Taiwan on a budget