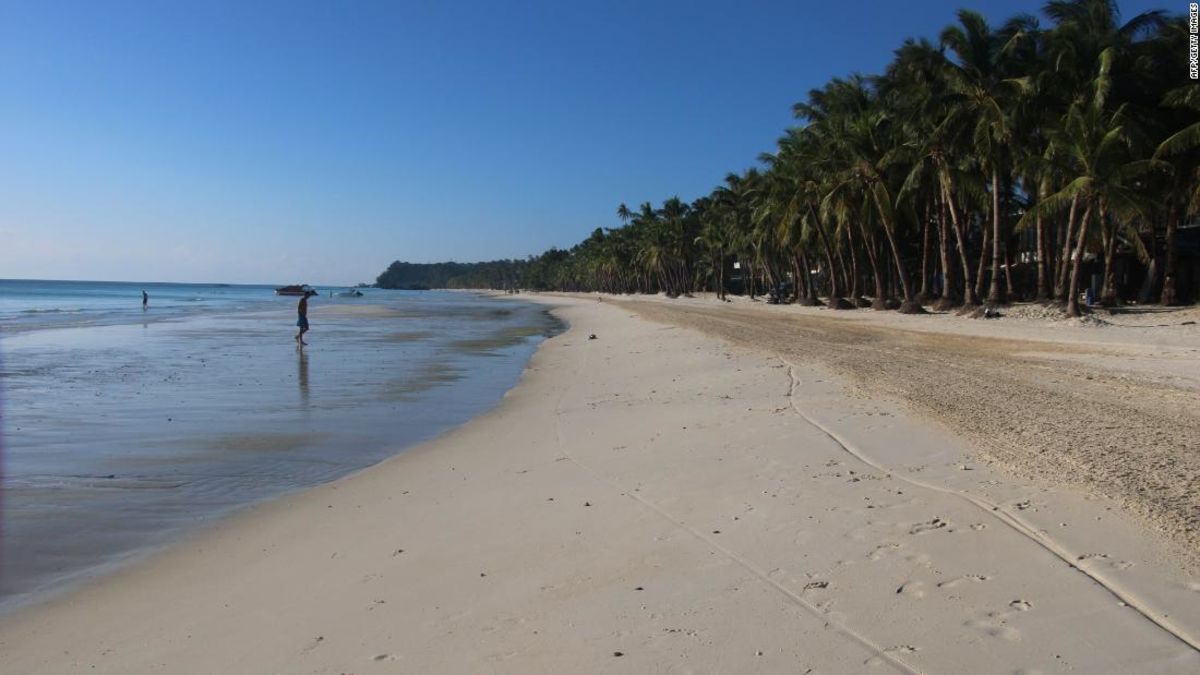 The tourist, who has not been named, sparked controversy by donning a string bikini on the island’s famous white-sand beaches on October 9, according to the state-run Philippines News Agency (PNA).

Traveling with her boyfriend, PNA reported the woman had been told by staff at her hotel that the swimwear was “inapporpriate” — but she wore it anyway.

“They were told not to by the hotel management, but they said it was a form of art,” Boracay Inter-Agency Management and Rehabilitation Group (BIAMRG) chief Natividad Bernardino said in a phone interview with PNA.

The municipality police chief, Jess Baylon, told PNA that while the couple’s domestic customs may be different, “they have to respect our culture and tradition, and our proper decorum.”

Located in central Philippines, Boracay is one of the world’s most famous beach destinations.

It reopened last October following a major cleanup operation to upgrade facilities and improve water quality. Strict new regulations, such as limits to combustion engine transport and a ban on single-use plastics, have also been enacted.
This article was originally published by Cnn.com. Read the original article here.
Share on Facebook
Share on Twitter
Share on Pinterest
Share on LinkedIn