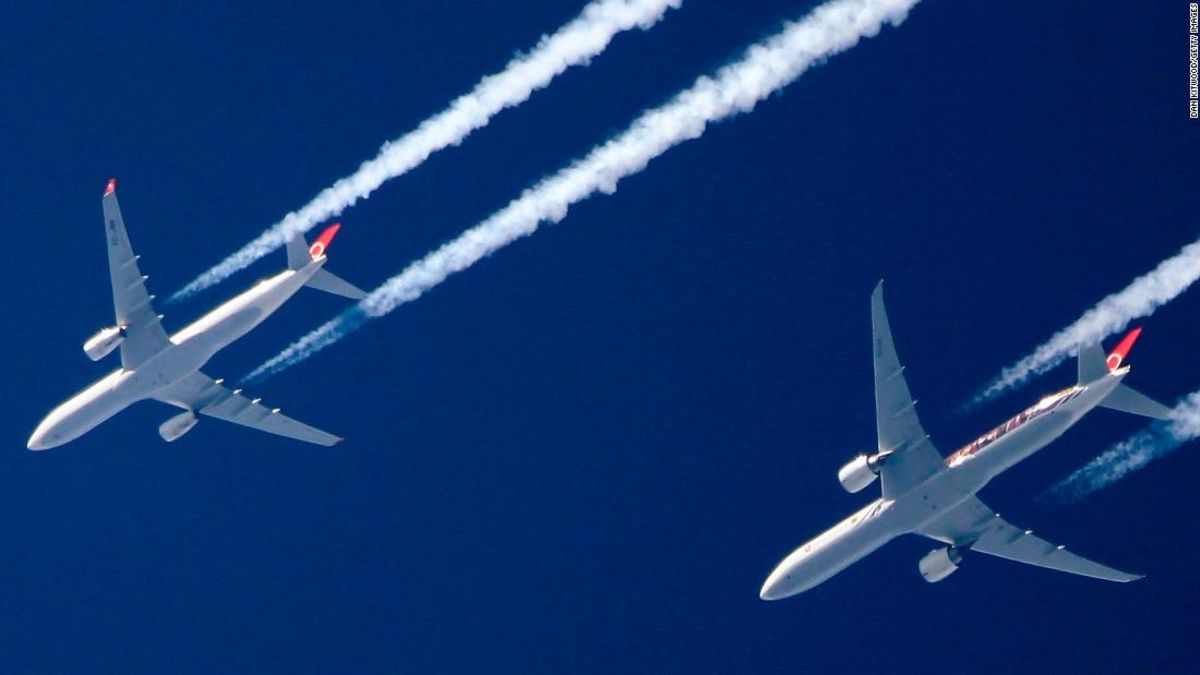 The measure is one of a number of recommendations from the Committee on Climate Change (CCC), which published its research Thursday on how the UK can meet its target of net-zero carbon emissions by 2050.

In a previous report the CCC said the UK needed to become carbon-neutral by 2050 in order to fulfill its obligations under the Paris Agreement on climate change, and the UK later became the first major economy to legally commit to the target.

“Flying is a uniquely high-impact activity and is the quickest and cheapest way for a consumer to increase their carbon footprint,” the report says.

Air miles programs encourage people to take extra flights to keep up their “privileged traveler status” and should be banned, according to the report.

So-called “mileage runs” are a common way for travelers to top up their points in order to maintain access to perks such as priority boarding.

An air miles levy would be based on the number of miles flown by each passenger, penalizing those who fly the most while leaving the majority of people unaffected.

Research shows that 15% of the UK population take 70% of flights, and these travelers — who tend to be wealthier and less price-sensitive — would shoulder most of the burden. By way of comparison, 50% of Britons don’t fly at all in any one year.

The levy would also encourage short-haul flights rather than more damaging long-haul flights, shift demand from planes to trains, and raise money that could be used to fund research into low-carbon aviation technology, the report said.

“Given the scope for frequent flyers to have carbon footprints many times that of the average UK household, a lack of policy in this area is likely to be increasingly seen as inconsistent and unjust and risks damaging public engagement with climate action,” the report reads.

While the report pushes for government policies to tackle emissions, private initiatives have already sprung up.

Last week, International Airlines Group (IAG) — which includes British Airways, Aer Lingus and Iberia — promised to remove or offset all carbon emissions from its fleet of more than 570 aircraft by 2050.

IAG said it would replace older aircraft, invest in sustainable jet fuel and develop technology that removes CO2 from the atmosphere.

And some employers have signed up to a program that grants extra paid leave for staff who travel by train rather than plane.

Climate Perks is an organization that works to encourage people to cut their carbon footprint by traveling by train without sacrificing their vacation time.