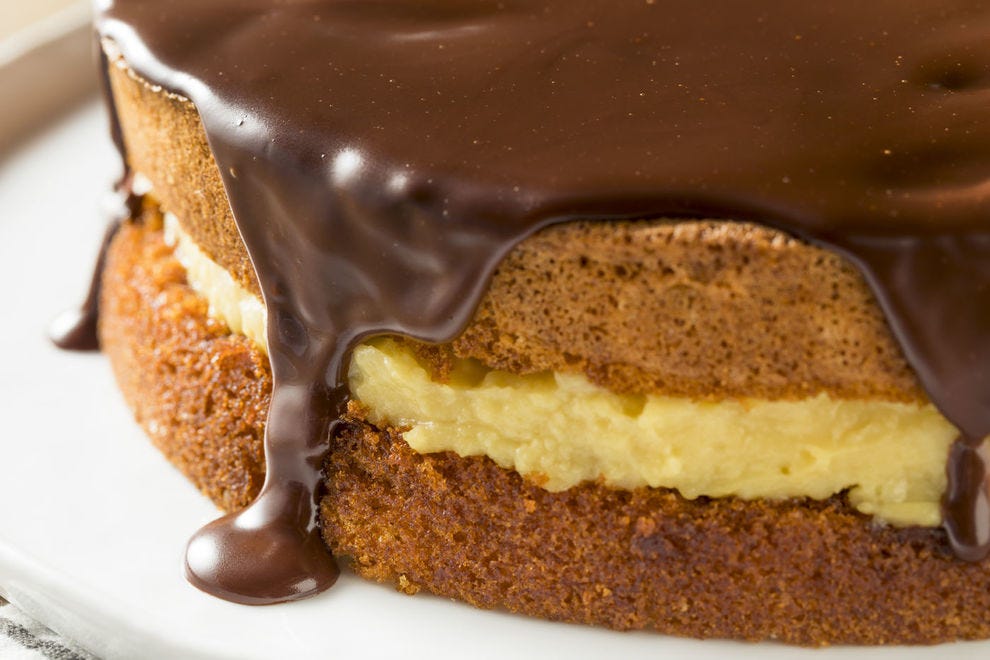 The city of Boston is renowned for a large number of things: its role in the tea-tossing catalyst which sparked the formation of the United States, its acclaimed universities and its contemporary dominance within the realm of American sports.

Alongside these attributes, the New England region has contributed a large swath of dishes to the nation’s culinary landscape. Armed with the succulent Maine lobster roll alongside the beloved New England clam chowder, few regions stack up against the Northeast.

Along with these savory seafood dishes, Boston itself has offered a tantalizing dessert since the mid-1800s: the Boston cream pie. It’s a bit of an anomaly, as the name would suggest attributes such as a flaky crust and fruit-filled interior.

However, the dish was born in an era of anarchy within the baking world, where the terms “pie” and “cake” were interchangeable. Comprised of two slabs of butter sponge cake pumped full of vanilla custard, then topped with a rich chocolate icing, modern pastry chefs would scoff at any attempt to label this dish as a “pie.” But the world was a different place back then, a veritable Wild West for dessert classification.

The question remains: Where and when was Boston’s beloved dessert first born? Contemporary sources point to the Parker House, a historic hotel just a short walk from the nation’s first public park, Boston Common. The hotel proudly bears the title of the longest continually operating hotel in the United States, having opened its doors on October 8, 1855.

Sources at the Parker House identify the creator of Boston cream pie as chef Anezin. And while the hotel regards him as the father of the dessert, he remains an ambiguous figure otherwise. There is little information about his life outside of his career at the Parker House.

Though not much is known about the chef, there is no doubt that his legacy lives on with the Boston cream pie. The concept of using chocolate in baked goods was largely unknown at the time, with most cooks incorporating it into liquid desserts rather than solid. But it was the sweet chocolate glaze accompanying the moist sponge cake that vaulted the Boston cream pie into the public eye, and after roughly a century of acclaim, the recipe caught the attention of General Mills.

While their carefully-crafted brand ambassador Betty Crocker was entirely fictional, her name held great sway from sea to shining sea. In 1958, the brand introduced a boxed cake mix in her name based off of the Parker House’s original recipe, allowing citizens across the nation to recreate the tasty treat at home. 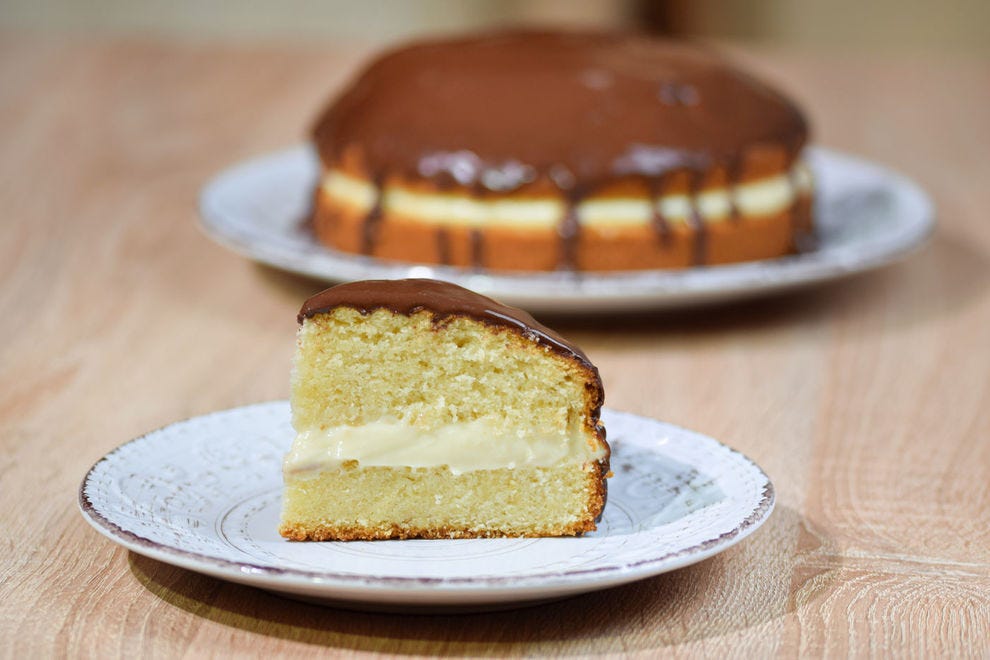 Within Massachusetts, the Boston cream pie has won not only the love of the citizens of the commonwealth, but also recognition from the state government. In 1996, a high school home economics class in the town of Norton, Massachusetts took on the monumental task of identifying the rightful state dessert. The debate was escalated to Massachusetts legislature, where state politicians pitted local dessert against local dessert in an attempt to pinpoint which was most iconic.

On December 12, 1996, the Boston cream pie emerged victorious. The desserts that crumbled under its feet included the Toll House cookie, a 1938 amalgamation of chocolate chips and plain cookie dough first crafted by Ruth Graves Wakefield, and the fig newton, a 19th-century fig roll named after Newton, a city just a stone’s throw from Boston.

Visitors to Boston who’d like to try out this historic treat have a wealth of venues to choose from, the most prominent being the dish’s birthplace. While the Omni Parker House holds claim to inventing the Boston cream pie (as well as the Parker house roll), the hotel has had its fair share of famous patrons as well.

For those venturing outside of Downtown Crossing, Mike’s Pastry is a tourist-approved destination to satisfy your craving, while the acclaimed Union Square Donuts offers the treat in a distinct, yet equally delicious form.

Though we’d like to believe it, Boston isn’t perfect by any means. High rent prices, harrowing traffic and brutal winters can make the city a little difficult to deal with at times. But ultimately, the citizens of Boston will have to take the good with the bad. And on those days when the Mass Pike congestion has you feeling distressed, a well-made Boston cream pie can serve as the perfect cure.