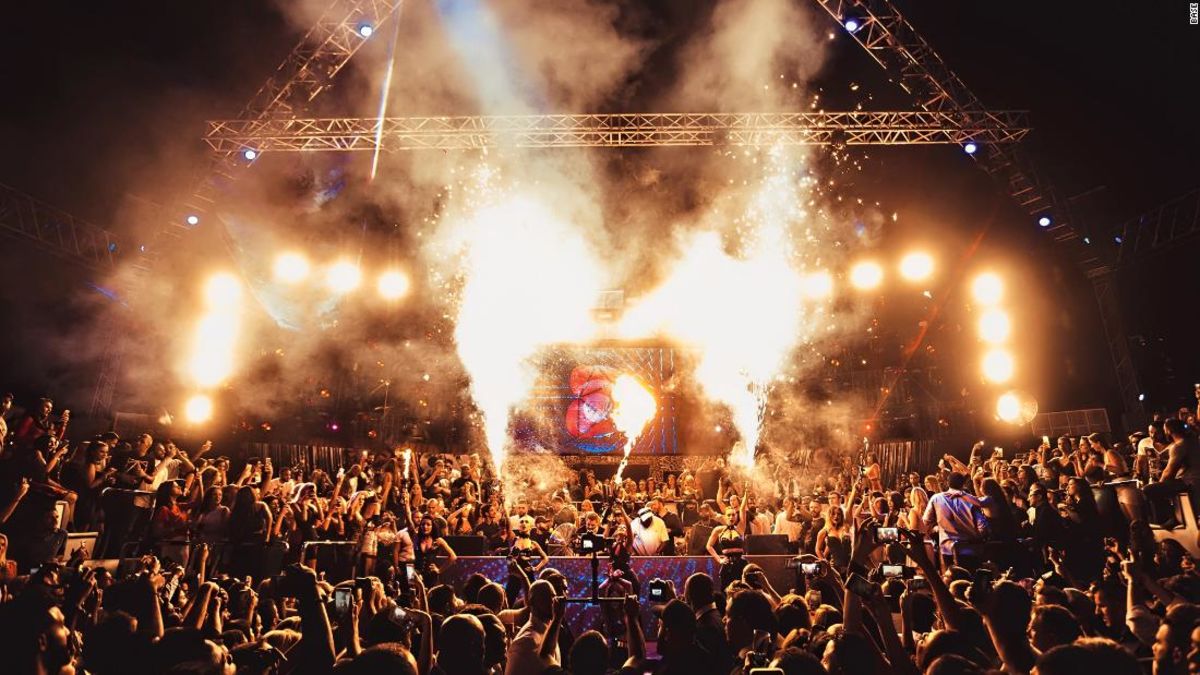 (CNN) — “There are at least half a dozen A-list DJs here every weekend,” says Wael Hijazi, a DJ and promoter who left his native Lebanon for Dubai in 2007.

Hijazi runs his own club night “Deep Like” on board the Queen Elizabeth 2, a cruise liner christened by the British monarch in 1967, now owned by the Jumeirah Group and repurposed as a floating hotel.

Well-known DJs from as far afield as London and Berlin come to play The Hatch — a venue in the bowels of the QE2, which has an earthier feel than many of Dubai’s typically-upmarket venues.

But despite earning loyalty from his performers and clientele, the strength of competition makes a smaller promoter’s job difficult.

“You are up against massive marketing budgets and booking budgets for A-list DJs,” says Hijazi. “It becomes a pretty demanding task.”

Hijazi’s assessment of the competition is no exaggeration.

Most of the top performers from DJMag’s list of the world’s top 100 DJs play regular shows in the city, from Martin Garrix to Hardwell, Don Diablo to Afrojack.

The club scene continues to expand with hardy perennials such as Base and WHITE joined by fresh arrivals such Analog Room and SKY 2.0, with a new branch of storied Mykonos venue Nammos due to open this year.

The allure of Dubai to the cream of mixing talent has several facets.

Performing here can be lucrative. Promoters say that the most sought-after acts can charge upwards of $200,000 for a set lasting a few hours at one of the top venues.

But the appeal to DJs goes beyond the bottom line.

“Dubai is a great city that reminds me of Ibiza,” says award-winning DJ and producer Luciano (Lucien Nicolet), who has played at several of the top clubs in Dubai.

“You get a very international crowd which is good to play for. People who have been traveling, who are knowledgeable and open to discovering new things.”

The year-round sunshine is also appealing, Luciano adds, and the clubs tend to boast ultra-modern equipment and facilities.

The current profusion of venues and influx of talent to Dubai is a relatively recent phenomenon.

British music journalist Lesley Wright arrived in 2013 and recalls it being “early days” for the club scene.

More than 90% of Dubai’s population is comprised of expats, and the new arrivals imported elements of their own musical traditions.

“Young people from the UK, Italy, Lebanon…who were used to their own club culture were coming over and starting their own little parties,” says Wright. “It has been great to see that grow over the past seven years.”

Most clubs in Dubai are located in hotels, the only venues licensed to sell alcohol. Many club nights in five-star hotels are high-end affairs themselves – what Wright describes as “champagne and sparklers” events – featuring VIP table service around a small dancefloor.

But she says that nightlife has greatly diversified in recent years, with large-capacity, dance-oriented venues opening in the city and booking top-tier talent, such as Base and Soho Beach in 2017.

There has also been a move toward smaller, independent events, such as The Hatch and alternative favorite Analog Room with DJs playing underground house and techno for connoisseur crowds.

“Our passion was to change the culture and be more than a party,” says Mehdi Ansari, the Iranian founder of Analog Room. “We are about empowering the local scene…for a year we only booked local (performers).”

Analog Room now showcases a mix of local and international talent. When Ansari books foreign performers he tends to favor cult favorite DJs such as Nick Hoppner, who made his name in Berlin’s legendary Panorama Bar.

Wright believes that greater savvy among promoters has contributed to the development of Dubai nightlife.

“(Before) you would have a lot of DJs coming to town and playing the same night,” she says. “But there are only so many people to go around so some venues would not have great crowds…and the atmosphere could be a bit flat.”

“Now promoters are more open with each other and discuss what’s going on so great nights don’t clash.”

Wright adds that seasoned promoters have learned to play on Dubai’s position between larger destinations, such as through cajoling performers to add dates to tours of Australia.

Adaptation is a two-way street

A degree of adaptation is required to play Dubai, some performers say.

“Over the years I’ve been slowly absorbing the nightlife and lifestyle of Dubai,” says Grammy award winner Afrojack (Nick van de Wall), who now lives in the city.

The Dutch-Surinamese DJ credits “going out to restaurants, going to the oversized shopping malls, showing around family and friends, and all those things combined really gives you an ear to sound of the street, which in Dubai is very versatile.”

Beyond musical adaptation, there are also cultural differences that international DJs would encounter relative to other clubbing destinations such as Berlin or New York.

A Muslim governorate, there are laws against public intoxication and indecency. Some high-profile DJs have fallen foul of strict prohibition of illegal drugs.

In practice, Hijazi says, clubbers rarely fall foul of these laws. He believes the city is seeing an “ongoing shift towards greater tolerance.”

For their part, Dubai’s authorities prize an image of modernity and appear keen to develop nightlife in the city. The government’s official tourism website exhorts visitors to come and “party the night away.”

Crowds enjoying a night at the Analog Room club.

While Dubai’s club scene has made advances in recent years, there are lingering bugbears for its protagonists.

Wright has some concerns that wealthy entrepreneurs buy into storied venues without much affinity for music or clubbing culture, which can result in mismanagement.

The city is gaining new clubs all the time, but popular nightspots such as 360 and Cirque Le Soir have permanently closed.

But such frustrations are largely outweighed by belief in the prospects for nightlife in Dubai. Hijazi points to the launch of a first warehouse-style venue in the city. The Lebanese promoter has also introduced a taste of festival culture in neighboring Fujeirah, while Ansari has bought multimedia festival MUTEK to Dubai.

Ansari says that some DJs come to Dubai for money, others come for a good time, and a third group are motivated by the possibility of being part of something special.

“These are people who first experienced electronic music in the 1980s and 1990s in their own city and know that moment is not repeatable,” he says. “Now they feel that energy again — the magic of a movement – on the other side of the world.”

“This only happens once.”

HOW TO REMOVE DREADLOCKS
An expert guide to ski holidays in Vail
For The Love Of Ice-Cream: Why An Upstate Auto Dealership Opened An Ice-Cream Shop
Do I need a visa to travel to Ireland?
Online Sales Of Alcohol Predicted To Rise 34%