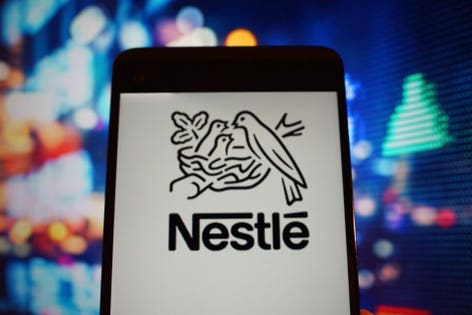 Topline: Following years of slowing growth, Nestlé, one of the world’s largest food companies, has been overhauling its business in recent months, and on Thursday announced that it now has a $20 billion war chest that it can return to investors or spend on new acquisitions in the next few years.

Key background: On Thursday, the company announced sales of more than $68 billion for the first nine months of the year, which was in line with its goal of expanding revenue. “We are pleased with our nine-month results and have made further progress towards our 2020 financial goals,” CEO Mark Schneider said in a statement.

Crucial statistic: Nestlé stock hit an all-time high in September and is up by over 30% so far this year.

🌍 Help Me, LP! I’ll be in Dublin for St Patrick’s Day. Which events should I book in advance?
The best time to visit Great Smoky Mountains National Park for foliage, fog and more
Travel companies are ‘greenwashing’ — here are 3 ways to find ones that aren’t
Savor The Flavors Of The NoMad Hotel London
Madrid City Guide – Lonely Planet travel videos