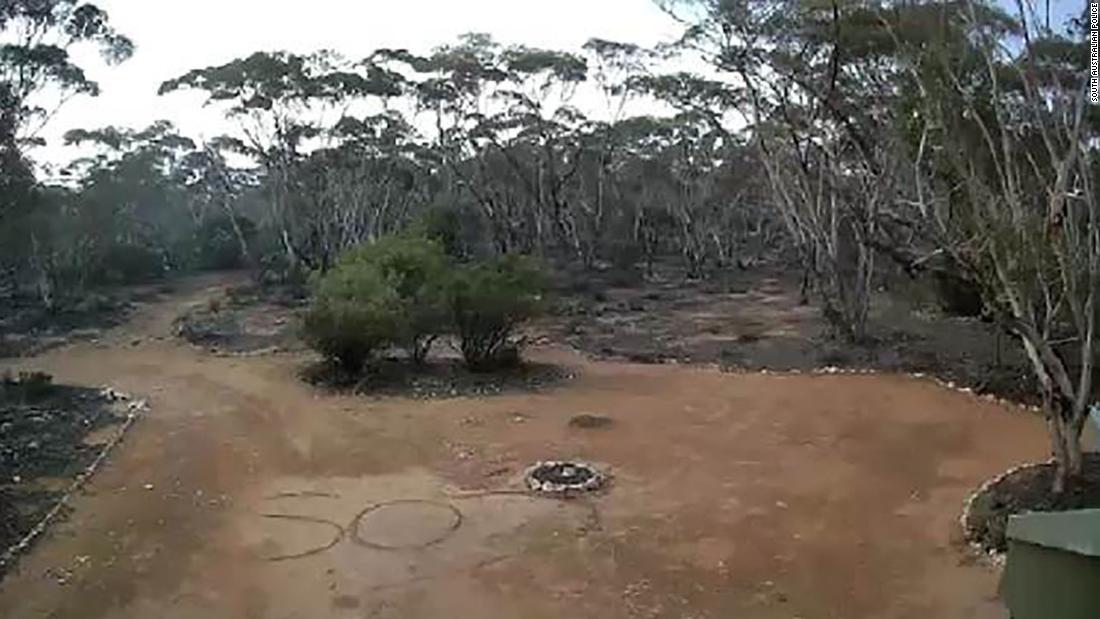 Travel
Share on Facebook
Share on Twitter
Share on Pinterest
Share on LinkedIn
Deborah Pilgrim, 55, didn’t return from a walk Sunday in Sedan, about 60 miles from Adelaide.
Police searched for three days. They used a chopper, drones, volunteers and several other adjacent agencies — without success.
“We held great fears for her safety,” the South Australia Police said in news conference. “That area is quite harsh…very easy to lose your footing.
“Of course, with venomous reptiles around the place, if she had been snake struck, she would have been in all sorts of grief.”
Before the fourth day of search and rescue, the police received some information from a man who has property in the area.
The man owns a block of the wilderness and has a surveillance camera on his property.
Because he knew authorities were looking for Pilgrim, he had been checking the footage more frequently.
On Wednesday, he noticed the letters S-O-S in a part of his property.
He notified police who found Pilgrim safe and sound in a shack where she had access to water.
She appeared in good health, but was taken to the hospital as a precaution, police said. She has since been released and is back home.
This article was originally published by Cnn.com. Read the original article here.
Share on Facebook
Share on Twitter
Share on Pinterest
Share on LinkedIn

Here’s where mainland Chinese traveled overseas for the Lunar New Year
5 of the best hikes in Everglades National Park
11 Surprising Chemicals Used In Domino’s, Taco Bell, and Other Fast Foods | Food Wars
Where to Kick off Your 2023 Summer Travel
Not a fan of cruising? The hack that could change your mind