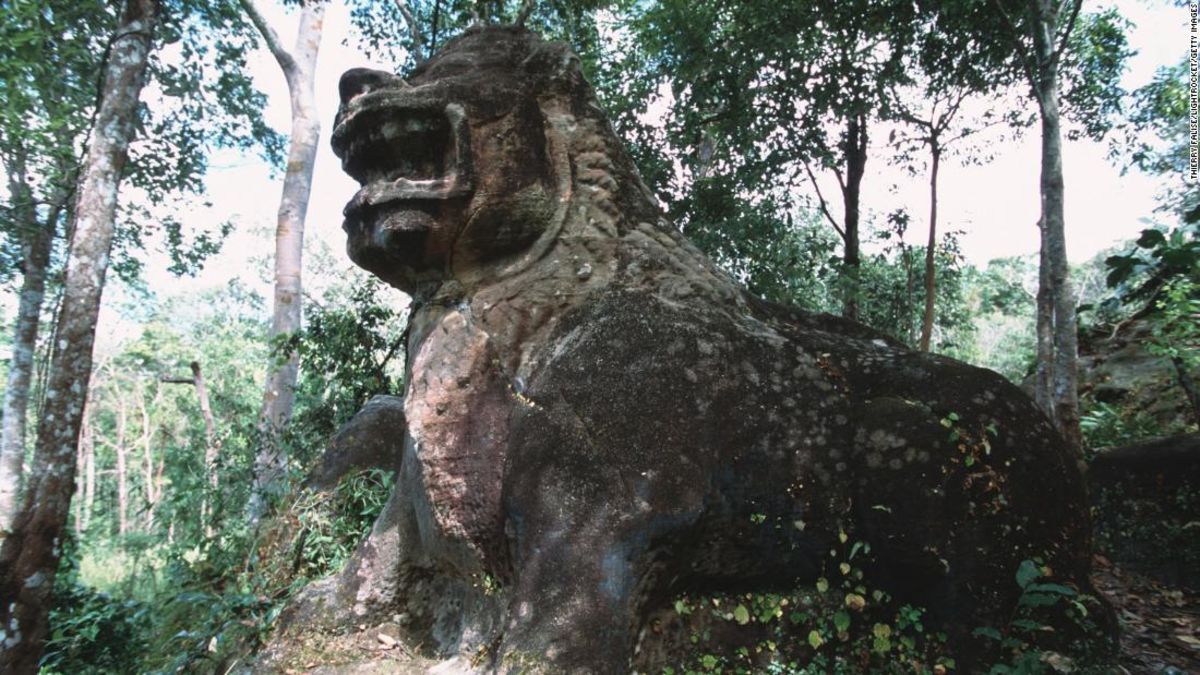 In a project that has spanned years, an international group of scientists used aerial laser scans and ground-based surveying to map Mahendraparvata, or the Mountain of Indra, King of the Gods.

Mahendraparvata was one of the first capitals in the Khmer Empire, which lasted from the 9th to 15th centuries AD, but much of what we know come from inscriptions recovered from other sites. Scientists theorized that the city was located on the Phnom Kulen plateau, about 48 kilometers (about 30 miles) north of Siem Reap, but it was difficult to find evidence. The plateau was remote, inaccessible, covered with vegetation, and potentially home to landmines installed by the Khmer Rouge regime in the 1970s.

Shrouded in mystery for decades, Mahendraparvata has been dubbed the “lost city.” Now, scientists say they have identified it for certain.
“Here, we confirm the hypothesis, based on this accumulated body of evidence, that Mahendraparvata — the eighth- to ninth-century AD capital of the Khmer Empire — was located on the Phnom Kulen massif,” said the report, which was published in the journal Antiquity.

The researchers used airborne laser scanning that had a “unique ability to ‘see through’ vegetation and provide high-resolution models of the forest floor,” the report said.

The results of the aerial mapping, along with information collected by field investigations, were then used to create a map that shows the newly discovered main paths and coordinate axes. The map details the location of features like an unfinished reservoir, several dams, the enclosure walls of temples, and even a palace.

A map of the “lost city” of Mahendraparvata in Phnom Kulen, Cambodia.

These discoveries open the door to learning more about the Khmer Empire and the Angkor region. The map shows that the city used urban planning, a “sophisticated hydraulic system,” and other innovations, the report said.

One striking discovery was that the city was built on linear axes that roughly correspond with the cardinal directions, the report said — like an early version of the modern city grid system.

Prior to that period of time, human settlements in the area had no formal grid, no clear boundaries, and seem to have developed organically without planning — meaning Mahendraparvata is the first known large grid city in the Khmer world.

“The work described here effectively draws to a close 150 years of archaeological mapping work in the Greater Angkor region and sets the stage for more sophisticated spatio-temporal modelling of urban form,” the report said.

Angkor was the better-known capital of the Khmer Empire, which once governed much of modern-day Thailand, Vietnam, and Laos as well as parts of southern China and Myanmar, and, of course, Cambodia itself.