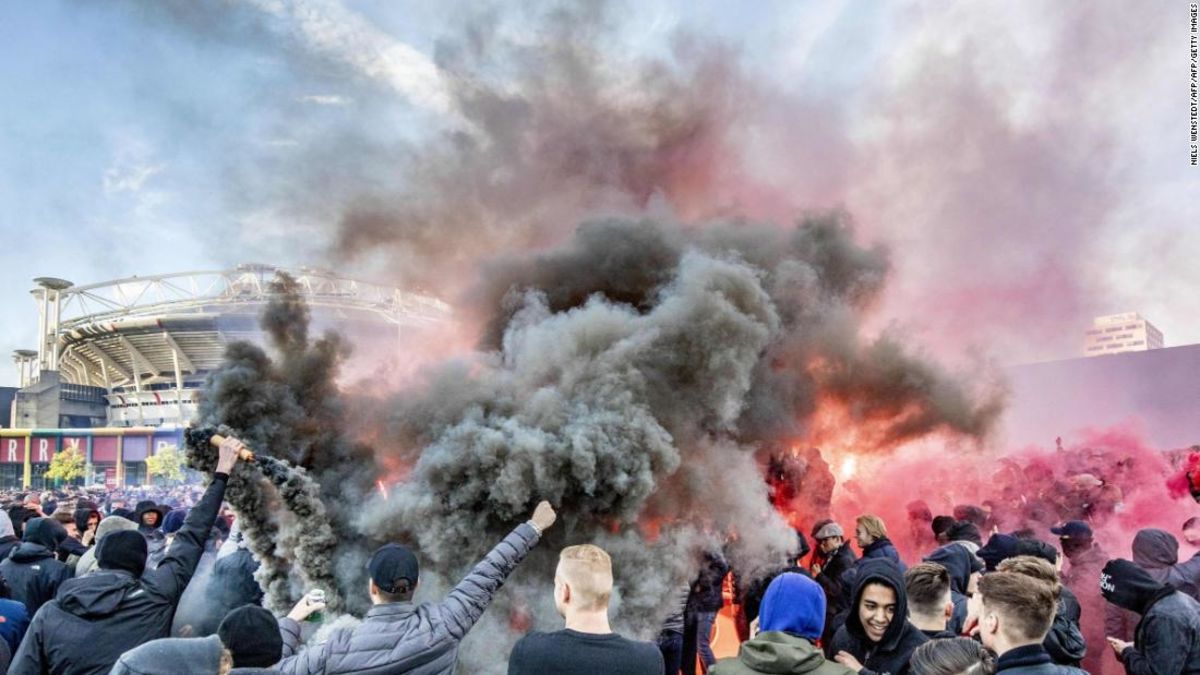 (CNN) — After booking travel and accommodation for a high-profile Champions League match against Chelsea, fans of Dutch football club Ajax were dealt some bad news on Thursday.

European football’s governing body UEFA announced that Ajax would not receive tickets for the match at Stamford Bridge following crowd trouble at its previous Champions League fixture away to Valencia.

It was a decision leaving an estimated 2,000 Ajax fans with nothing to do in London on November 5.

But, determined not to let it spoil the opportunity of an evening out in London, they checked other English fixtures in the UK capital and came up with an alternative game to watch — albeit a slightly less glamorous one.

Leyton Orient — a club three divisions and 80 places below Chelsea in the English Football League — is scheduled to host Brighton’s Under-21 team in the EFL Trophy.

Orient told CNN it is “aware of the interest from AFC Ajax supporters” in attending the fixture and “will be entering in communication with the club in how best to facilitate this.”

So far this season, the well-liked, family-oriented club has averaged 5,200 fans per match at its humble 9,271 capacity Brisbane Road stadium.

The Ajax fans’ late change of plans means it could be one of the highest recorded attendances for the EFL Trophy, a competition which has drawn criticism and even boycott from some fans since its reformation in 2016.

Historically a competition for England’s 48 second and third division sides, with the final held at Wembley Stadium, Football League officials decided that 16 Under-21 teams from the Premier League and Championship would join the tournament.

The decision has led to historic low attendance figures up and down the country, with the lowest coming last season when just 202 fans turned up to watch Burton Albion’s 1-0 defeat to Middlesbrough’s academy team.

With Ajax fans known across Europe for creating a raucous atmosphere everywhere they go, it could well be a noisy night in this quiet east London suburb.