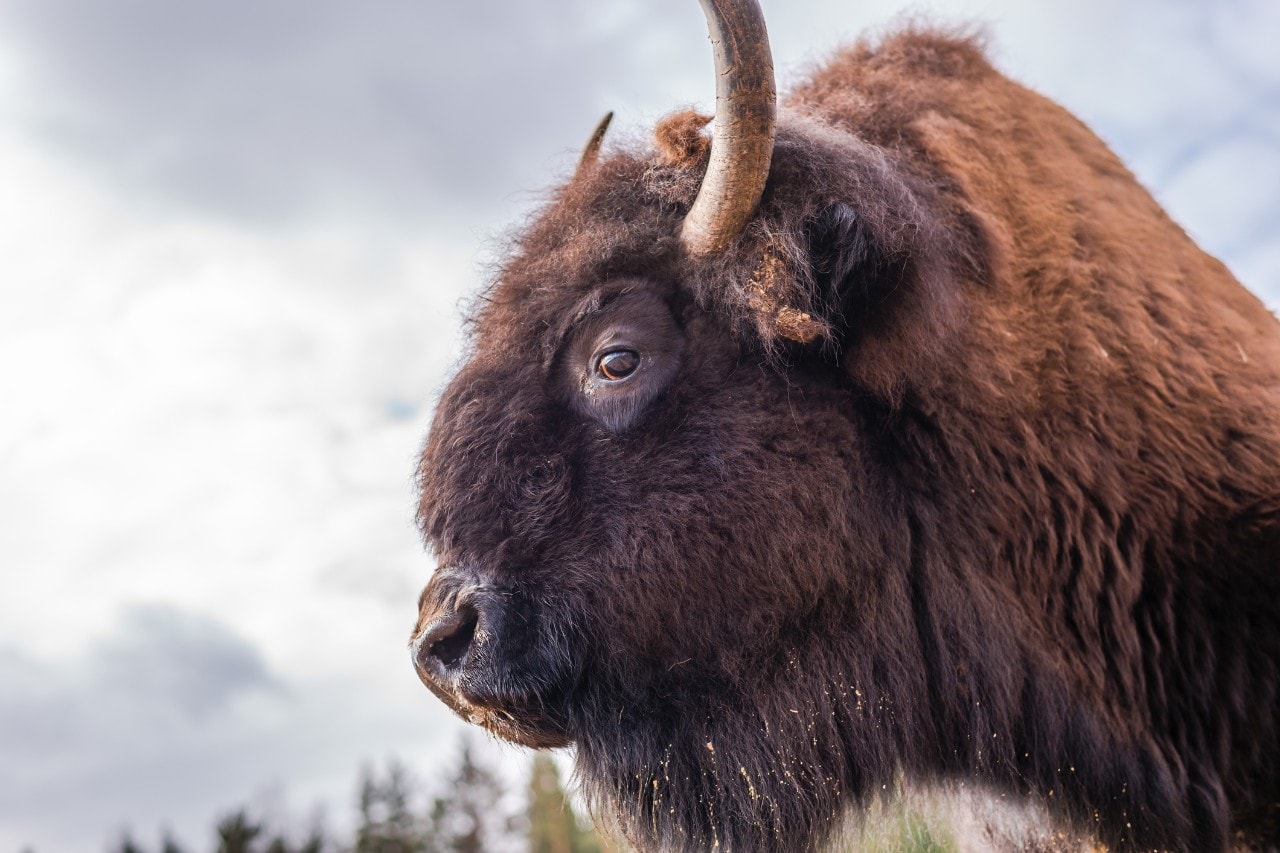 The issue of ‘overtourism’ has never been more acute. Venice, Amsterdam, Barcelona, Mallorca and Dubrovnik have all seen protests against foreign visitors in recent years. But escaping the crowds, and so helping to relieve the pressure from Europe’s city centres, isn’t hard. Here we outline the closest national park to the continent’s most oversubscribed corners.

The UK’s newest national park, the South Downs, earned its status in 2010, and is easy to reach from London.

Board a train at the hellishly busy hub of London Victoria and in 59 minutes you’ll arrive at Plumpton. From there it’s a short walk to the Jolly Sportsman pub in East Chiltington, start and finish line for a cracking 5.5-mile walk around one of the prettiest corners of the South Downs.

“This walk is a delightful mix of woodland and rolling meadowland including a short stretch up on to the Downs themselves for some sensational views north from Black Cap,” says Richard Madden, one of our UK experts. “Tucked away off the beaten-track, the Jolly Sportsman is a gastropub that excels at both pub and gastro elements. Follow the small road west to the charming village church (John Wells of “Dear Bill” Private Eye fame is buried here) and continue past Plumpton race course before taking the footpath south near Streat. Climb up to the Downs to Black Cap, where Simon de Montfort’s army gathered before the Battle of Lewes in 1264. The return journey past Warningore Wood reveals more captivating Weald scenery.”

Other tranquil options within an hour of London include the Surrey Hills (Box Hill & Westhumble is a 56-minute train ride) and the Chilterns Hills (it’s 40 minutes from Marylebone to Saunderton), both recognised as Areas of Outstanding Natural Beauty.

For tranquility inside the city, head to one of London’s lesser-known parks, such as Postman’s Park, just around the corner from St Paul’s Cathedral (but easily missed) and with poignant memorials to men and women who died while saving others, or Kyoto Garden in Holland Park, with its colourful plants and water features. Visitors to vast Richmond Park, meanwhile, will always find a quiet corner – even on the sunniest bank holiday. If only they would ban the cars.

Venice is the go-to example of a destination sinking under the weight of its own popularity – on Easter Sunday alone it received 125,000 visitors. That’s the same number of tourists that visit entire countries, like Bangladesh, in a whole year.

But there are ways to escape the crowds. Try visiting Torcello, once the most populous islands on the lagoon, but now a sleepy retreat with two handsome churches. Or else head further afield.

Italy has 25 national parks and the closest to Venice is Dolomiti Bellunesi, part of the spectacular mountain range recognised by Unesco, and around 90 minutes from Venice Marco Polo Airport by car. The region is perfect for exploring on foot – don’t miss its vertiginous via ferrata trails – or on two wheels – Alta Badia may just be the world’s greatest destination for cycling (so long as you don’t mind going uphill).

To the south of Venice, meanwhile, there’s the Po Delta. Five hundred metres wide in places, this Unesco-listed expanse of marshland and lagoons is visited by more than 300 bird species – but not many tourists. It’s best explored by boat from coastal towns south of Chioggia – or on a river cruise from Venice.

Amsterdam has spent the last year trying to stem a tide of “Disneyfication” in the city, with everything from Airbnb properties to beer bikes and Segways in the firing line. But the city has a vast national park, Zuid-Kennemerland, virtually on its doorstep. You’ll find rugged North Sea beaches backed by dunes and hiking and biking trails. Look out too for one of the continent’s biggest land mammal, the colossal European bison, or wisent. Since 2007 a herd of the beasts has lived in the national park.

It’s a 40-minute drive from Amsterdam or – better for the environment – a 90-minute bike ride.

There are other options. The Vondelpark, with its forest, formal gardens, lakes and ponds, is the city’s most famous green space, but can get crowded. Go instead to the bigger, wilder Amsterdamse Bos, to the south of the city centre.

Anti-tourist protests reached Mallorca in 2017, with demonstrators in the capital Palma demanding holidaymakers “go home”. A record 13.8 million people visited the Balearic Islands last year, and as many as 500 cruise ships now dock in Palma each year, depositing up to 22,000 passengers a day.

But there’s tranquility to the north. The Serra de Tramuntana mountain range, recognised by Unesco, is less than an hour from the city centre and home to quiet villages, vineyards and ancient footpaths. One of the best walks is to Castell d’Alaró. The ruins seen today date back to the 15th century, but in previous incarnations it witnessed the last stand of Guillem Cabrit and Guillem Bassa, legendary figures that defended Mallorca against Alfonso III of Aragon in 1285. It’s a tough slog, especially in the summer heat, but you’ll be rewarded with one of the finest views on the island, taking in the entire length of the Serra de Tramuntana. Then treat yourself to lunch at Es Verger, an improbably remote little restaurant. Rick Stein, in a 2012 show filmed on the island, described its lamb as the best he’d ever tasted.

None of France’s 10 national parks are within easy reach of Paris, Europe’s second most visited city. But the Parc Naturel Régional du Perche, a two-hour drive from the capital, is. Anthony Peregrine, Telegraph Travel’s France expert, describes the region as “so deeply bucolic that one is surprised to find colour television.” Explore it the old fashioned way – by bike. France Velo Tourisme has tips on tackling the region.

For peace and quiet inside Paris, skip the crowded Jardin du Luxembourg in favour of Parc des Buttes-Chaumont, created in the 1860s. There’s a lake and fake crags, bridges, a waterfall, a temple, giant cedars and unlikely palm trees. There’s even a cave, with fake stalactites.

Escape the crowds: 17 of the world’s greatest city parks

Escape the stress in the Boboli Gardens, 111 acres of avenues, fountains and grandiose stonework, plus a mammoth amphitheatre and gloomy grotto.

Or seek our true solitude at Parco Nazionale Foreste Casentinesi, the closest of Italy’s 25 national parks, straddling the border between Tuscany and Emilia-Romagna. There are monasteries, mountains, mills, botanical gardens and lakes, and wildlife ranging from deer, boar and wolves to eagles and buzzards.

It’s quite a schlep to the nearest of Spain’s 15 national parks, the Aigüestortes i Estany de Sant Maurici (almost four hours by car), a wild expanse of mountains, lakes and meadows strewn with wildflowers.

But the city sits in the shadow of the Serra de Collserola, one of Europe’s biggest urban parks. Start by zooming up in the glass lift to the observation deck of Norman Foster’s telecommunications tower for 360-degree views from 1,680 feet above sea level. Then follow one of the trails through woodland with a spectacular variety of plants, birds and small animals. Take a picnic, or have lunch in the village of Vallvidrera.

The simplest way to escape the crush inside the city walls is a sea kayaking excursion to Lokrum, says Jane Foster, our expert. “Accompanied by instructors, half-day tours (3 hours) take you from the foot of Lovrijenac Fortress (just outside the city walls, close to Pile Gate), skirting round Dubrovnik’s medieval walls then out to the tiny lush island of Lokrum, where you stop on Betina beach and have time for snorkeling and exploring the botanical garden.”

Or be a bit more adventurous and take the catamaran – around 75 minutes – to Mljet. “For a true back-to-nature experience the Adriatic island is hard to beat,” says Telegraph Travel’s Teresa Machan. “A huge tract of this forested island is given over to national park. Rent a bike and cycle through the pine trees before taking a cooling plunge into one its two saltwater lakes. Leave time for a short boat trip across to the islet of Sv Marija, home to a 12th century Benedictine monastery and the church of St Mary. For my money the best way to appreciate the monastery and its surrounding olive groves is from the bottle-green fringes of the lake below. It’s silent except for crickets, and as wild swims go about as damn close to paradise as one can get.”

The Italian capital’s nearest protected area is the Parco Nazionale del Circeo, a little over 90 minutes by car. It’s Italy’s only coastal national park and contains a small strip of the mainland, from Anzio to Teracina, and the island of Zannone. There are dunes, sea caves, marshes filled with birds, natural swimming pools and footpaths, all towered over by the 541-metre peak of Circeo.

You can take boat trips to uninhabited Zannone, part of the Pontine archipelago, but can’t land. So try the neighbouring island of Ponza instead. Griff Rhys Jones, writing for Telegraph Travel, recently touted it as Italy’s best-kept secrets.

An easier escape, within Rome’s city limits, is  the gardens of the Villa Borghese. “Central Rome’s largest gardens began life as the pleasure park of Cardinal Scipione Borghese, lover of art and the good life,” explains Lee Marshall, our Rome expert. “What remains of his art collection is in the Borghese Gallery at the heart of the gardens. The cardinal’s water-squirting automata and wild animals placed here for hunting forays are a distant memory, but there are bikes and scooters for hire, and dinghies for rowing across the ornamental lake. That this green lung survived at all is a miracle. While other Roman dynasties cashed in, selling their suburban estates to property in the building boom following Italian unification in the 1870s, the state saved this last patch of vegetation and opened it to the masses.”

These are the 10 best splurge-worthy gifts of 2022
Why you could skip Musée d’Orsay to visit this artist’s house-museum instead
Crab and Dumplings!! 🦀 NATIONAL FOOD in Tobago Island + Breadfruit Roast & Dirt Oven!!
16 Travel Hacks That Actually Save Money
The 7 best hikes in Argentina cover every kind of adventure