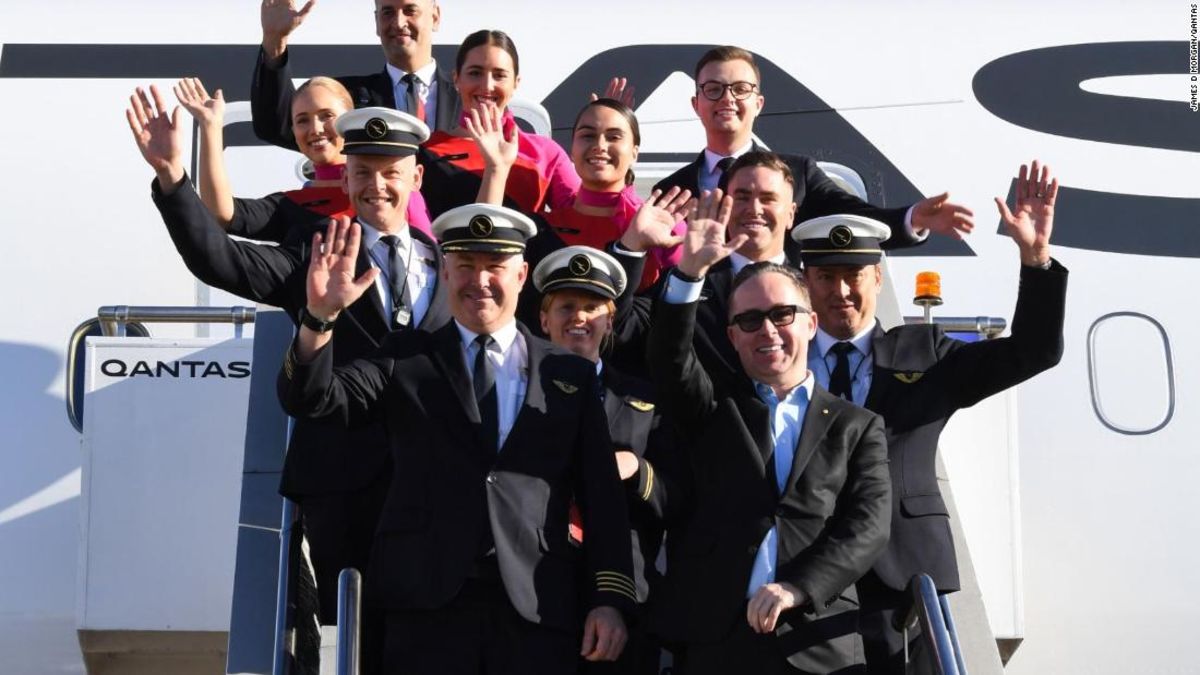 Qantas Group Chief executive Alan Joyce said: “This is a really significant first for aviation. Hopefully, it’s a preview of a regular service that will speed up how people travel from one side of the globe to the other.”

Research into the health and well-being of those on board were conducted during the flight with tests ranging from monitoring pilot brain waves, melatonin levels and alertness to exercise classes for passengers.

Joyce added: “We know ultra long haul flights pose some extra challenges but that’s been true every time technology has allowed us to fly further. The research we’re doing should give us better strategies for improving comfort and wellbeing along the way.”

The next test flight will take place in November, from London to Sydney, while there will be another New York to Sydney flight before the end of the year.

Qantas has said it hopes to operate direct flights from three cities on Australia’s east coast — Sydney, Melbourne and Brisbane — and New York and London by 2022 or 2023.

Captain Sean Golding said: “Overall, we’re really happy with how the flight went and it’s great have some of the data we need to help assess turning this into a regular service.”

How will the passengers be monitored?

Researchers from Sydney University’s Charles Perkins Centre, Monash University and the Alertness Safety and Productivity Cooperative Research Centre — a scientific program backed by the Australian government — will examine the impact of the long flight on those on board.

Passengers in the main cabin wore monitoring devices, and experts from the Charles Perkins Centre will study how their “health, wellbeing and body clock” was impacted by a set of variables that include lighting, food and drink, movement, sleep patterns and inflight entertainment.

Those on board were advised to keep a daily log in the lead-up to the flight and for two weeks afterwards, to show how they feel and how they’ve coped with jet lag.

Pilots and cabin crew will also keep sleep diaries. Cameras were mounted in the cockpit to record pilot alertness.

“People seem to be wildly different when it comes to the experience of jetlag — and we need more research on what contributes to jetlag and travel fatigue, so we can try and reduce the impact of long-haul flights,” Professor Stephen Simpson, academic director of the University of Sydney’s Charles Perkins Centre, told CNN Travel.

“We have a long way to go in terms of understanding how the wide variety of influences — including nutrition, hydration, exercise, sleep and light — might work together for maximum benefit.”

Monash University scientists will focus on the flight crew, recording their melatonin levels before, during and after the flights, as well as studying brain wave data from electroencephalogram devices worn by the pilots.

This information will then be shared with the Civil Aviation Safety Authority “to help inform regulatory requirements associated with ultra-long-haul flights,” Qantas said in a statement.

Francesca Street and Emily Dixon contributed to this report.