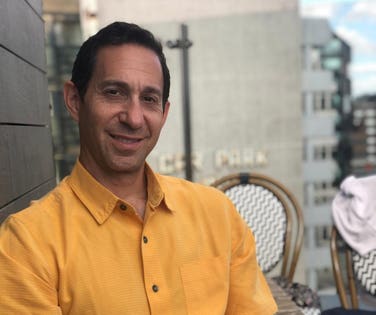 A slew of consumer-packaged food brands challenging the traditional breakfast category has entered the market in recent months with newly raised capital. But now, they not only have to compete within the increasingly crowded CPG start-up space, they also face mounting pressure from big companies’ intrapreneurs who are creating start-up-like brands to appeal to younger consumers.

The demand for innovative and healthy breakfast products especially in North America is rising against the slowing growth of hot and ready-to-eat cereals.

While the region accounts for the largest share of the $35 billion global breakfast cereal market, it is slowly being challenged by Asia, Europe and Africa, according to Packaged Facts.

It expects breakfast cereal sales to reach $40 billion worldwide by 2023, noting that North America has the highest penetration of breakfast cereal in the world, but per capita consumption has been falling in recent years due to the increasingly busy lifestyles of consumers and a plethora of other breakfast options.

Research director at Packaged Facts David Sprinkle said: “While breakfast cereal penetration is much lower in the rest of the world, consumption rates are rising as cereal companies target these areas.

“In [some] nations, instead of breakfast cereals being an entrenched product that competes with new breakfast options, cereals are being introduced as an alternative to traditional fare,” he added. “The ‘westernization’ of the diet in many of these areas also makes breakfast cereals a novel and enticing food option.”

The research firm suggests new entrants to the category should harvest “a health halo” by adding functional ingredients such as probiotics or reposition cereal as a snack or dessert to capitalize on the convenience trend.

The company, founded by three friends – Harrison Fugman, Alex Kost and Tim Marbach, noted its ambition is to become “the Kraft Heinz for future generations,” stressing that, since 2013, $17 billion of CPG market share has shifted away from incumbents to start-ups, and 90% of all CPG e-commerce growth is attributed to start-ups – “this is a theme [we] believe will continue to proliferate especially in the food and beverage space.”

The Naked Market has so far raised over $3 million in seed funding from investors including Holtzbrinck Ventures, Econa Capital and Sequoia Capital’s Scout Fund. It also formed an advisory board of experienced industry executives, including Fresh Direct founder Jason Ackerman and Gardein Protein and Yves Veggies Cuisine founder Yves Potvin.

“We want to make products and drive a lifestyle that leaves our customers and community feeling great, both on the inside and out.”

The other breakfast start-up that recently caught investors’ attention is Magic Spoon, founded by Gabi Lewis and Greg Sewitz in April 2019.

“This new round of funding supports our mission to bring cereal back to the breakfast table,” Lewis told the public.

“Today’s consumer will adjust the way they purchase household staples if aligned with their core values. We see this as a valuable opportunity to further answer consumer demands for our product among current loyalists, while finding new avenues to engage with those who have yet to experience the magic of our cereal first-hand.”

Sewitz said Magic Spoon will use the new capital to scale operations, develop new flavors and invest in growing the team, adding the company “is about letting out that inner kid in all of us without compromising on our values or our food quality.”

The Rise of intrapreneurs

The U.S. cereal giant initiated a soft launch of the product in 2018 after three years of development based on learning urban millennial shoppers’ behavior and preferences.

Joyböl is now available via Amazon Prime and at grocery stores across the U.S. Midwest and East Coast, and each bowl is packed with nutritious ingredients such as whole grain granola clusters, nuts, seeds, 10-11 g of protein and fruit.

The creation of joyböl marks the rise of intrapreneurs – a set of seasoned entrepreneurs working inside large companies to create products that mimic and compete with start-ups.

Jon Agay, the mastermind behind joyböl and the principal of Kellogg’s venture capital arm eighteen94, believes there are several key advantages for established CPG companies to come up with their own innovations:

“We have instant access to amazingly talented people of various areas of expertise,” as well as capital and executive sponsorship, he told me earlier, noting Kellogg is the lead investor of the smoothie brand. “We are also able to leverage Kellogg’s sales distribution, supply chain and R&D.”

However, he acknowledged the consumer might perceive joyböl as “unauthentic” since it lacks storytelling versus many emerging brands on the market which are created out of founders’ personal needs.

“I can understand there might be a perception that because we’re backed by Kellogg, so we don’t have the same pains and struggles of an independent start-up,” Agay noted. “Perhaps some people even think we get a pass when we make mistakes, or we’ve been given guarantees.”

However, “that couldn’t be further from the truth: We’ve struggled; we’ve made mistakes and we’ve had to fight to keep this business afloat,” he explained.

“VC and PE firms expect the growing pains experienced by start-ups in their early stages. I’m competing for funding and resources against established brands within the Kellogg company who have a lower risk profile and are considered a safer bet.”

Agay added: “Therefore, when we stumble, we spend a disproportionate amount of time explaining, proving and justifying continued support.

“Regardless of who you’re backed by, if you don’t have grit, hustle and belief, you won’t survive the early-stage growing pains.”

‘There isn’t a winners-take-all industry’

The Naked Market team said most large CPG companies are not set out to take share from food and beverage start-ups via their own VC arms and incubator programs.

Instead, they show big players’ acknowledgement that “new industry entrants with shorter innovation cycles and a better connection to today’s consumer continue to be a legitimate threat to their aging product portfolios,” Fugman said, noting “there is no denying products created by large companies, such as PepsiCo’s sparkling water brand Bubly, can pose a huge threat to the start-up ecosystem.”

However, he stresses there is still a plenty room for start-ups to thrive, saying “our view is this isn’t a winners-take-all industry … Not to mention, reaching consumers in an authentic and engaging way is easier said than done, especially for large CPG companies that have an inherit trust issue with millennials.”

Fugman’s comments particularly resonate with some private funds investing in the food space, as they believe independent brands can effectively gain share because they are ahead of the market data, breaking playbooks and taking risks.

“This is not a learned behavior; it’s what makes a founder fundamentally different,” Megan Bent, founder and managing partner of investment firm Harbinger Ventures, told me, noting that “consumers are smart and [are] getting smarter. They are not only attracted to authentic brands with interesting stories that are willing to ‘stand for something’, but they can also distinguish what brands are and aren’t genuine.”

Private equity companies would be “thrilled” to work with a brand that grow its revenues from $1 million to $30 million within four years – however, “that would likely be considered a failure for Kellogg,” according to Bent.

“Corporate patience is short … The scale and rate of change creates misalignment with the entrepreneurial journey,” she added. “We doubt large CPGs’ attempts to manufacture brands will be successful.”

Harbinger Ventures, the early investor in prominent start-ups such as Once Upon A Farm and Nona Lim, recently closed its second fund of $21.7 million, bringing a total capital of $27.8 million under its management.

Do I need a visa to visit Switzerland?
Crab and Dumplings!! 🦀 NATIONAL FOOD in Tobago Island + Breadfruit Roast & Dirt Oven!!
Getting around Vancouver: How to see the city’s best sights, with or without a car
Discover USA: North Dakota
The 3 Best Rye Whiskeys For Fall 2022