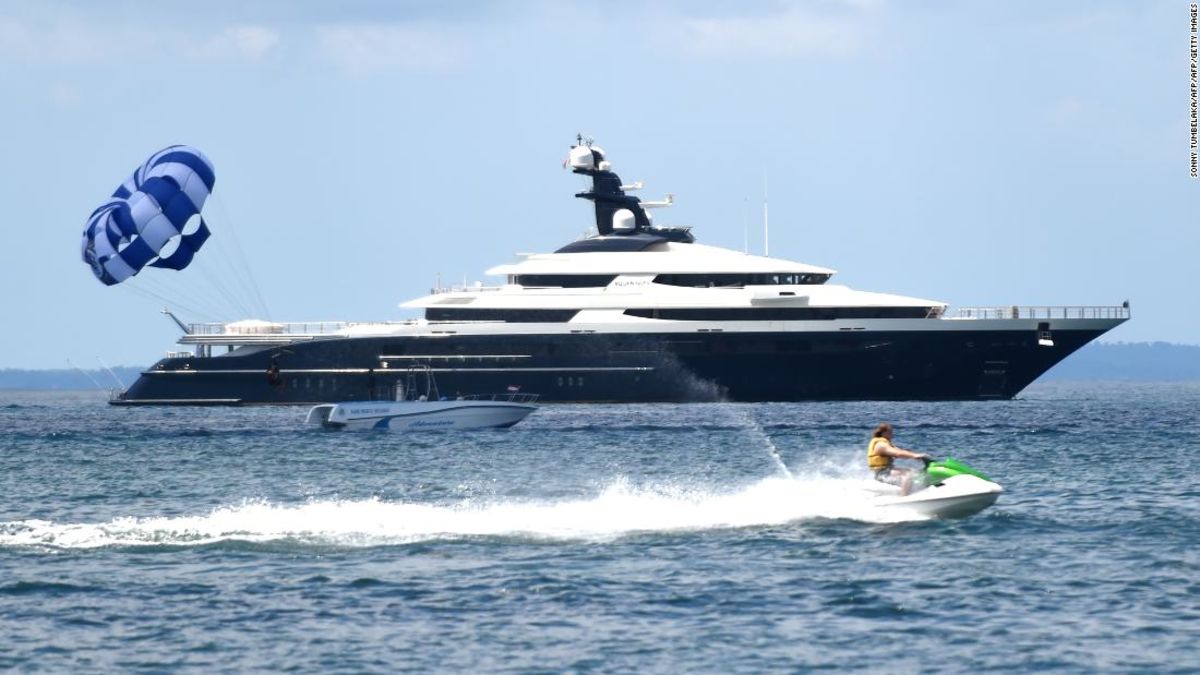 (CNN) — A luxury superyacht which once belonged to the alleged mastermind of the 1MDB financial scandal is being sold again, just six months after it was bought by casino and hotel owner Genting Malaysia Berhad.

The yacht was purchased in 2014 by Jho Low, the movie financier and international playboy suspected of being a key player in a scheme to launder billions of dollars from Malaysia’s state investment fund. It was originally valued at around $250 million.
Seized by the Malaysian government in 2018 after the 1MDB scandal erupted, it was sold to Genting Malaysia Berhad, a holdings firm, in April for $126 million, allowing the country to recoup some of the money stolen from the state fund.
The yacht, originally called Equanimity, was subsequently renamed Tranquility and turned into a party venue for hire. Model and socialite Kylie Jenner celebrated her 22nd birthday aboard the vessel in August, according to media reports.
A separate listing on Camper & Nicholsons’ website — the broker handling the sale — still lists the Tranquility as available for rent from 1.1 million euros ($1.23 million) a week.

Photos from an auction site showing The Equanimity, a 91.5m (300 ft) yacht seized by the Malaysian government in 2018. It was allegedly funded using money embezzled from the 1MDB fund and intended for the use of Malaysian financier Jho Low.

The 91.5-meter (300 foot) superyacht includes a large Jacuzzi pool, a sauna, a fully-equipped gym and a hairdressing salon, according to a 31-page brochure published by Camper & Nicholsons.

a brown marble staircase, Chinese cabinets, blue glass chandeliers and murals with dolphins and storks, according to the brochure. There is also a Perspex-encased piano, a formal dining room which can seat 17 guests and a lounge area with cream-colored sofas.

The superyacht, built in 2014 by Dutch shipbuilder Oceanco, is only one of many luxury items bought with money allegedly stolen from the 1MDB fund, including jewelry and handbags worth millions of dollars, paintings by Picasso and Basquiat, and property in New York and Los Angeles.

Embezzled money was also allegedly used to fund the production of “The Wolf of Wall Street,” a film starring Leonardo DiCaprio about disgraced financier Jordan Belfort.

In April, Jho Low’s lawyers said the Equanimity was “owned by Equanimity (Cayman) Ltd,” and criticized the “bargain-basement sale price” accepted by the government of Prime Minister Mahathir Mohamed, in a statement.

Billions of dollars were allegedly stolen from 1MDB, the Malaysia’s sovereign wealth fund set up by former Prime Minister Najib Razak, and laundered through a variety of offshore and dummy accounts around the world.

Blame for the huge scandal has largely fallen on Najib, who is currently on trial in Kuala Lumpur after a dramatic election loss in May last year. Low — who remains at large — has denied any wrongdoing.

Ntsiki Biyela, Founder Of Aslina Wines And One Of South Africa’s Young And Very Talented Winemakers
The best hotels near Oxford Street in London
2022 gift guide: 10 best gifts for families who love to travel
The best hotels for woodland walks in Britain this winter
Discover USA: North Dakota