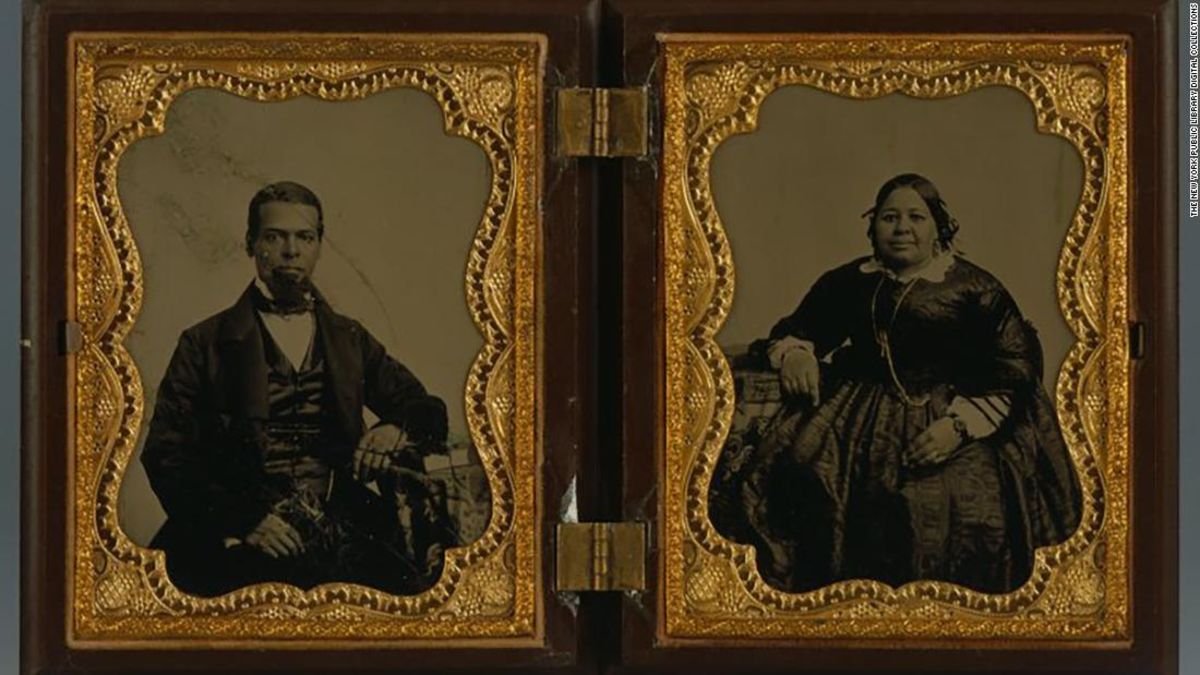 (CNN) — Before Central Park was built, a predominantly African American community was torn down to make room for it. Now a monument is being made to commemorate the village.

Seneca Village was New York’s first free black community. One family that lived there, the Lyons, fought to make New York City a more just place as the country worked to overcome centuries of slavery.

The monument will showcase Albro Lyons, Mary Lyons and their daughter Maritcha Lyons. Mayor Bill de Blasio’s office announced the plans for the monument on Tuesday.

The addition of the Lyons monument is part of an effort to make public art in New York City more diverse and representative. It will be the first commemorative sculpture placed within Central Park’s borders since the 1950s, according to a news release.

Millions of people visit Central Park each year, and it is an important venue for presenting public monuments. While the artists whose works are displayed in the park have become more diverse over the past few decades, the overall collection of artwork favors white, male figures and artists.

“The Lyons family is significant for their endeavors to not only make good lives for themselves, but also for their dedication to ensuring the freedom and education of those that they helped shuttle to freedom via the Underground Railroad,” said Michelle D. Commander, associate director and curator of the Schomburg Center for Research in Black Culture’s Lapidus Center. “We often traverse towns and cities unaware of their full histories, let alone the battles that took place.”

Seneca Village was born in 1825 when landowners in the area subdivided their land and sold it as 200 lots, according to the Central Park Conservancy. It was located along what is now Central Park’s perimeter from West 83rd to West 89th Street.

From 1825 to 1832, the owners sold about half the land parcels to African Americans. By the early 1830s, there were approximately 10 homes in the Village.

By 1855, the village had about 225 residents, according to the conservancy. African Americans made up about two-thirds of the residents. The other third was made up of Irish immigrants and people of German descent. All residents had to leave by the end of 1857. Some may have gone to other African American communities in the region, such as Sandy Ground in Staten Island and Skunk Hollow in New Jersey.

“One of few African American enclaves at the time, Seneca Village allowed residents to live away from the more built-up sections of downtown Manhattan and escape the unhealthy conditions and racism they faced there,” the Central Park Conservancy’s website says.

The Lyons family were property owners in the village. They ran an Underground Railroad station and their business was sacked and burned during the Draft Riots in 1863. In 1892, Maritcha Lyons co-founded one of the first women’s rights and racial justice groups in the country.

“The Lyons family story began more than a hundred years ago in a thriving black community that was razed to build Central Park,” Deputy Mayor for Housing and Economic Development Vicki Been said in a news release. “Today, we finally recognize their contribution to New York and American history with a monument.”

The monument will be funded by $1.15 million from private foundations. It could be placed near the 106th Street entrance on the park’s west side. The city is holding an open call for artists interested in designing the new monument until April 1, 2020.

“What — and who — we memorialize publicly is a choice, and a statement about our values and the histories we, as a society, want to preserve,” Elizabeth Alexander, president of The Andrew W. Mellon Foundation, said in a news release. “The Central Park monument to the remarkable Lyons family … will quite literally alter the representational landscape in the heart of New York City.”