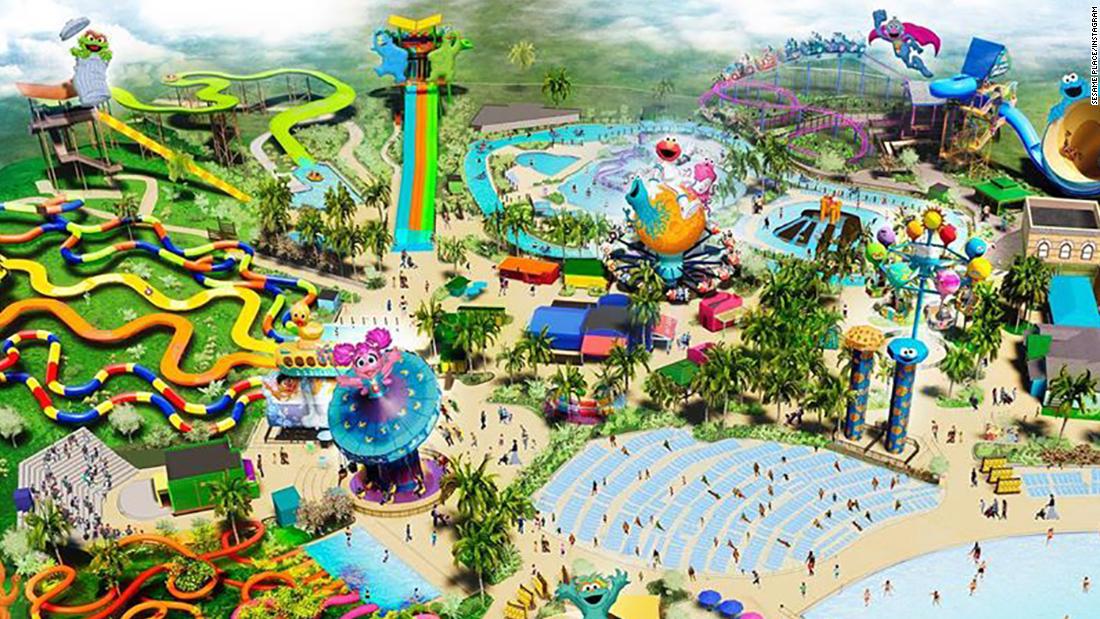 Travel
Share on Facebook
Share on Twitter
Share on Pinterest
Share on LinkedIn
SeaWorld Entertainment and Sesame Workshop announced Monday that the country’s second Sesame Place park will open its doors in spring 2021.
The 17-acre Sesame Place will be located next to SeaWorld San Diego. The theme park will be replacing SeaWorld’s Aquatica water park.
While you might run into a monster or two, the new Sesame Place park will feature an interactive Sesame Street neighborhood – 123 Stoop included – as well as family rides, water slides, live character shows and parades.
Steve Youngwood, President, Media & Education and Chief Operating Officer of Sesame Workshop, said the new park will “give guests a unique and powerful way to experience Sesame Street” while furthering the nonprofit’s educational mission.
“As we celebrate Sesame Street’s 50th Anniversary, we are excited to share the news of a major opportunity for kids and families to connect with and learn from the brand and its beloved characters,” said Youngwood in a press release.
The original Sesame Place, which opened almost 40 years ago, is located outside of Philadelphia. The theme park was the first in the world to be a Certified Autism Center (CAC), the press release said.
Sesame Place San Diego will also be a Certified Autism Center, where staff will undergo autism sensitivity and awareness training.
Resources including a park-specific sensory guide will be featured on their website for parents to see before visiting the park, and “designated quiet spaces” with adjustable lighting will be included in the park’s design, the press release said.
“We are proud to be opening this new park as a Certified Autism Center and are committed in our efforts to offer families inclusive activities for children with autism and other special abilities,” said Marc Swanson, Interim Chief Executive Officer of SeaWorld Entertainment.
SeaWorld has struggled in the past few years after the “Blackfish” documentary aired in theaters and on CNN in 2013. The film showed the unflattering way the company treated orcas, or killer whales, at many of its aquatic theme parks.
The company ended its controversial orca breeding program in 2016 and also announced it would end its orca shows at its San Diego theme park.