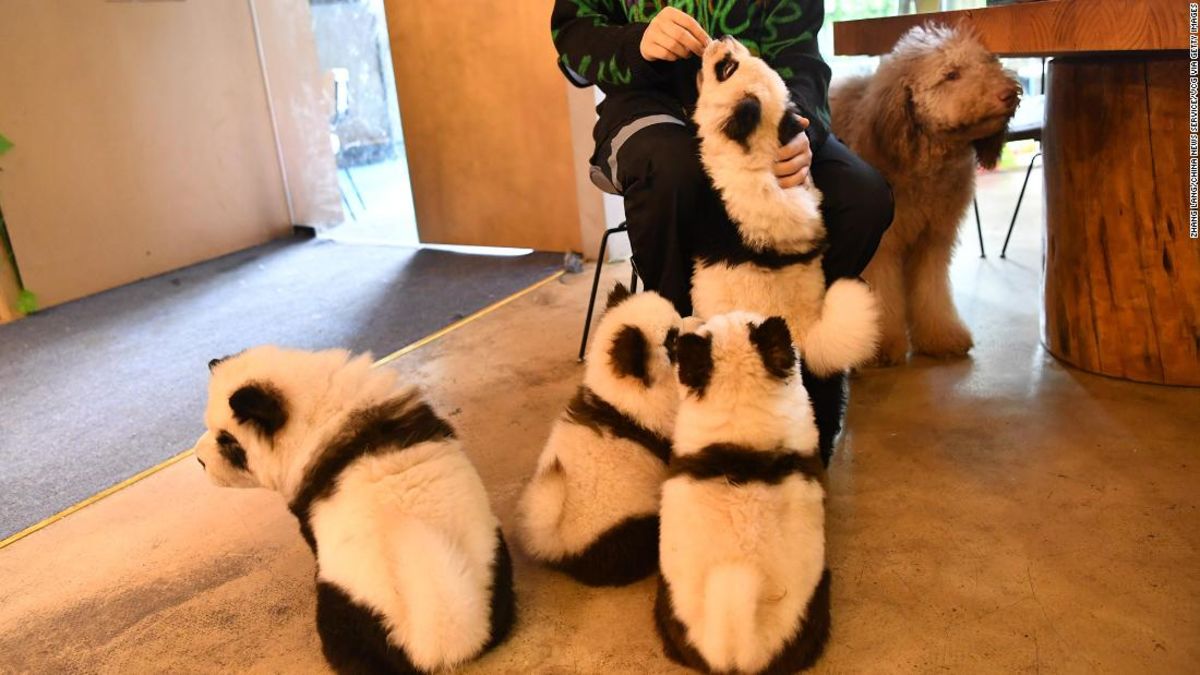 (CNN) — A Chinese cafe is under fire for painting dogs as pandas to stand out in the competitive pet cafe market.

The cafe — in the southwestern city of Chengdu, close to the native home of the giant panda — also offers a dyeing service for people who want to transform their own pets into pandas.

The controversy started when the state-run People’s Daily posted a video of the fluffy Chow Chow dogs on social media.

The dogs interacted with diners as they enjoyed food and drink in the cafe.

In the video, the painted “pandas” can be seen roaming around in the cafe, where customers were encouraged to interact with them while they enjoyed their meals.

However the gimmick provoked angry comments from pet lovers on Weibo, China’s version of Twitter.

“While they look adorable, dyeing the pet this way can easy hurt them,” one user commented. “Why did he have to treat the dogs like that?” Another questioned.

Animal activists have warned that dyeing animals can cause serious harm. In 2018, the People for the Ethical Treatment of Animals (PETA) highlighted a case in which a dog sustained severe burns when human hair dyes were applied to its body.

“Unnatural beauty procedures that don’t benefit an animal’s personal health and well-being should never be performed,” PETA said in a statement.

It’s not the first time pets have been colored to look like other animals in China. In 2016, pet shops in southern Guangdong province were selling dogs dyed to look like miniature tigers, the People’s Daily reported.

Dubbed “tiger dogs,” many reportedly failed to live more than a week after the dye was applied.