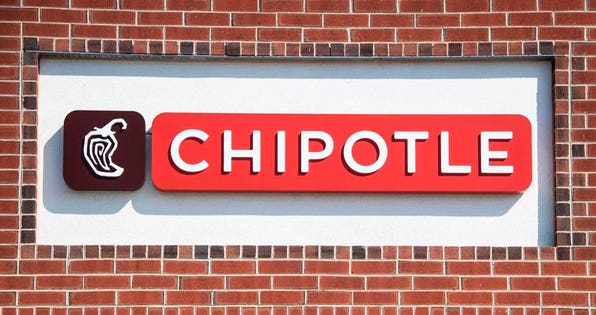 Topline: The top-performing stock in the S&P 500 this year, Chipotle beat third-quarter earnings expectations on Tuesday, as the fast-casual burrito chain continues its meteoric comeback from a string of food safety issues several years ago.

Key background: Chipotle pioneered the fast-casual chain in the early 2000s, with fast-food style service but also quality ingredients. Chipotle was consistently one of the S&P 500’s top growth stocks in the decade following its 2006 IPO, until a string of food safety issues in 2015 caused investors and diners to lose faith. After hiring Brian Niccol, the former head of Taco Bell, in early 2018, Chipotle started rebounding by making a big push into digital platforms like delivery, implementing better quality control, introducing new menu items and employing national marketing techniques.

Crucial statistic: Chipotle stock has more than recovered since food safety scares had caused it to plummet to less than $300 by early 2018; it now trades for just over $830 per share.

Top 5 Iconic London Landmarks – Lonely Planet travel video
What are the best things to do in the Caribbean? Vote now
Offbeat Australia – where to find unexplored gems this summer
What to eat and drink in South Africa
Where to find and celebrate Rio de Janeiro’s Afro-Brazilian roots