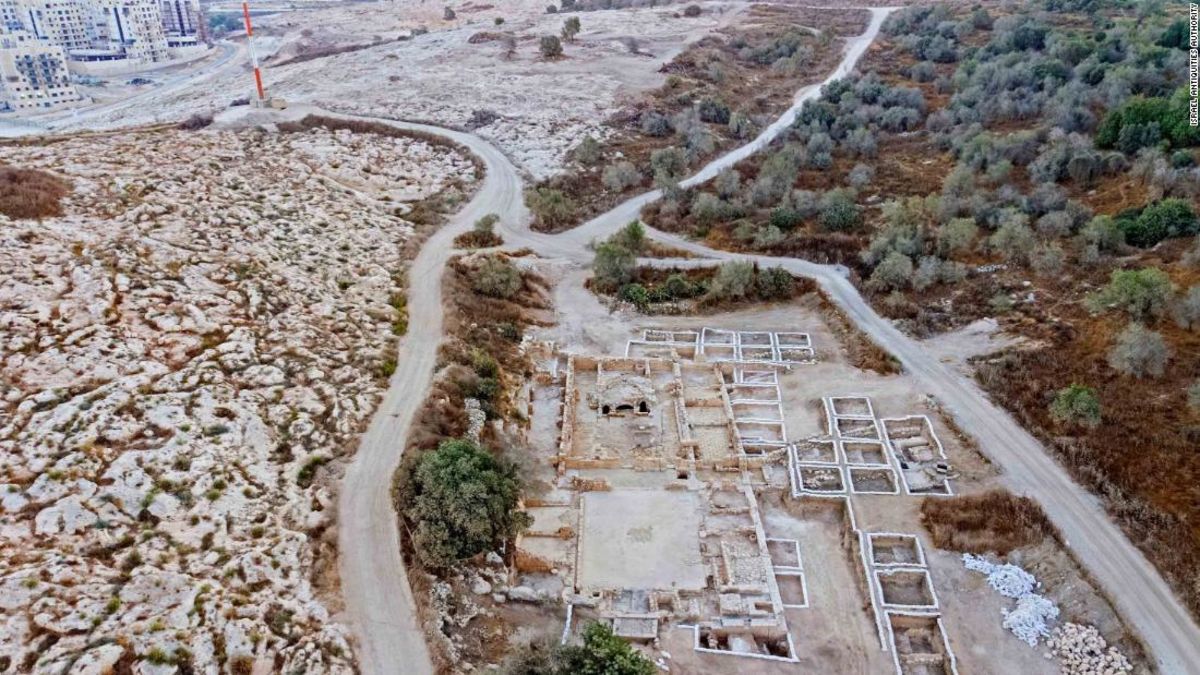 (CNN) — An ancient church dedicated to a mysterious “glorious martyr” was uncovered near Jerusalem, the Israel Antiquities Authority said Wednesday, revealing a major pilgrimage site as early Christianity spread across the region and beyond.

The 1,500-year-old church, expanded into the classic layout of a basilica, was decorated with opulent mosaics depicting fruit, birds, and trees, while the walls were adorned with colorful frescoes.

The church was a pilgrimage site in the early centuries of Christianity, as the young religion’s population surged in the Byzantine Empire.

Archaeologists discovered a mosaic depicting an eagle, the symbol of the Byzantine Empire.

“The church gets erected during a time in which Christianity is flourishing, so much so that you see the amount of passion that the Christian faith holds,” Director of Excavation Benyamin Storchan told CNN. “People who want to come from faraway places, to visit, to experience, to touch, to see the things they are reading about. They came here in great waves.”

The church was built above an underground crypt, which was found fully intact. Twin staircases connected the main church to the subterranean burial chamber, allowing visitors to enter through one staircase and leave through the other. This indicates the church was a very popular pilgrimage site, facilitating the passage of large groups through the chamber, Storchan said.

Two staircases connected the main church to an underground burial chamber, apparently designed so large numbers of people could pass through.

“For people to leave their homes in Europe to make the journey by sea, by land, took months to get to this place. Only the passion of people who were so involved in their faith could have achieved such a thing,” he added.

So who was buried inside the crypt that made the church such a significant site? It’s incredibly difficult to answer that question, Storchan said, “but the exceptional opulence of the structure and its inscriptions indicate that this person was an important figure.”

An inscription found in the courtyard of the church indicates it was dedicated to an unnamed “glorious martyr,” with few other clues to the identity of the figure.

An inscription referenced a “glorious martyr” to whom the church was dedicated, but the identity of the figure is unknown.

The initial construction of the church occurred under the reign of Emperor Justinian in the 6th century AD. A side chapel was added some 50 years later. The importance of the church to the Byzantine empire was also evident in one of the largest and most visually stunning mosaics — an eagle with outspread wings, which is the symbol of the Byzantines, Storchan said.

Other artifacts discovered at the site constituted what is said to be the largest collection of Byzantine windows and lamps ever found in a single place in Israel.

Excavation of the site began three years ago west of Jerusalem in the city of Ramat Beit Shemesh. It was discovered as the city began work for a new neighborhood.

The dig revealed a collection of objects, the Israel Antiquities Authorities said, including what is believed to be the largest complete collection of Byzantine windows and lamps ever found at a single site in Israel.

Get Your Tickets For The 16th Annual Anderson Valley White Wine Weekend Now
Italy Travel Q&A: Your Travel Questions About Italy
Introducing Seattle
13 of the best things to do in Budapest
Enjoy a cozy, romantic vacation at these 5 towns in the Midwest