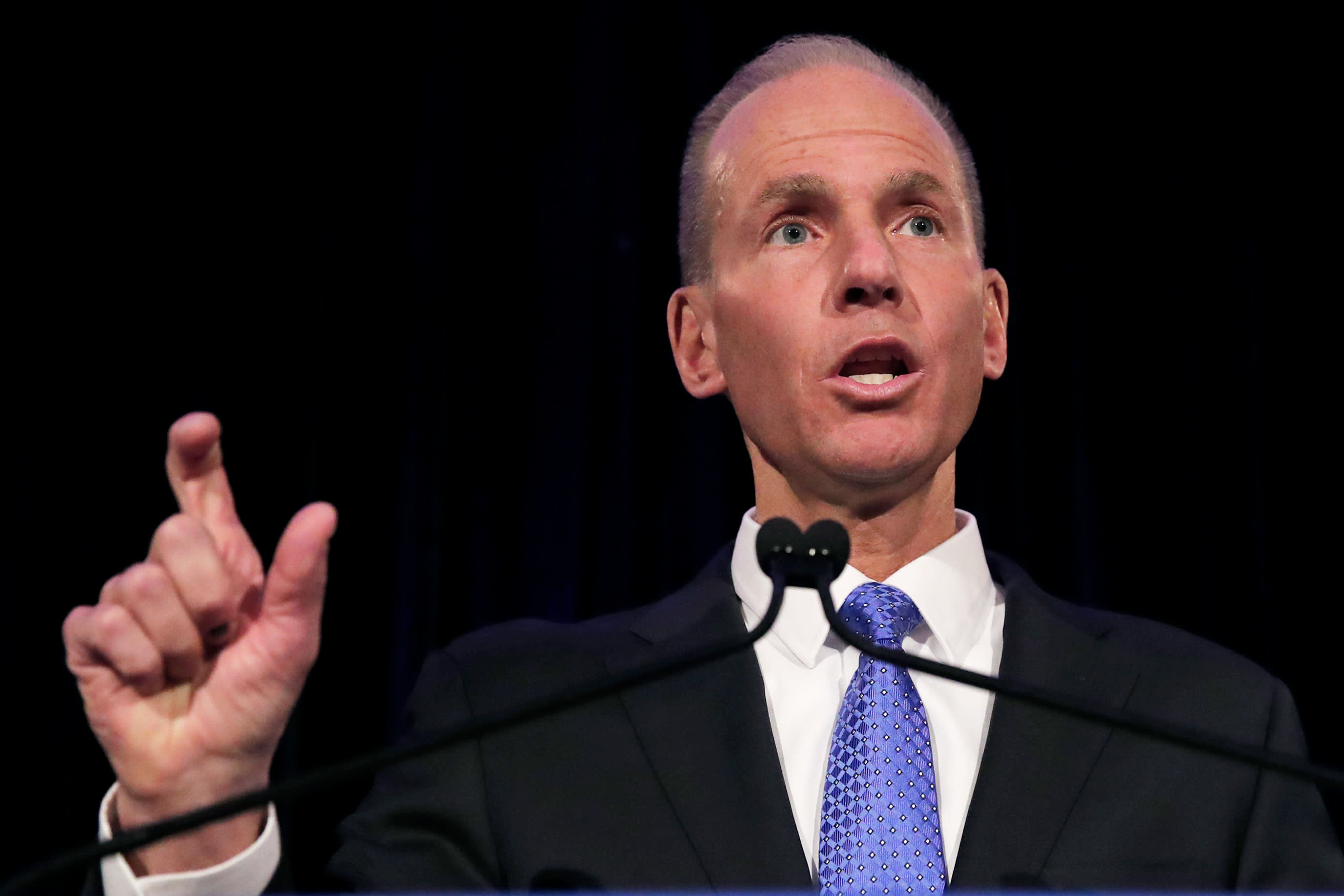 CEO Dennis Muilenburg is testifying before a Senate panel on Tuesday, his first appearance before Congress since the crashes of two 737 Max planes over the last year.

Lawmakers are planning to ask Muilenburg about how the planes were designed, certified by regulators and marketed to airlines around the world as a fuel-efficient addition that didn’t require time-consuming training for pilots. He testifies in the House on Wednesday.

The hearing comes amid growing pressure on Muilenburg and other Boeing leaders. Boeing’s board stripped Muilenburg of his chairman role earlier this month, saying separating the jobs would allow him to focus on getting the Max back to service as the timeline slipped. Last week, the company replaced the head of its key commercial airplane unit, which made the Max, after three years on the job.

The two crashes prompted a worldwide grounding of the 737 Max, Boeing’s bestseller. They also spurred probes of certification methods used by the air safety regulators that handed over more tasks to the manufacturer.

The crashes killed 346 people and prompted a worldwide grounding, which regulators still haven’t lifted, dragging down profits at airlines that are hamstrung by the loss of the fuel-efficient planes from their fleets.

The hearing Tuesday before the Senate Commerce Committee begins at 10 a.m. ET. Muilenburg is appearing with John Hamilton, a Boeing vice president and chief engineer of Boeing’s commercial aircraft unit.

Another hearing at the House Committee on Transportation and Infrastructure is scheduled at 10 a.m. on Wednesday.

Holiday Gift Guide: The Best New Scotch Whisky Of 2022
Find the best Las Vegas experience for you: 10 trips sorted by travel type
How I travel… with explorer Sir Ranulph Fiennes
Why kids will love New Orleans as much as you do
Top 5 locations for historical buffs in Cairo – Lonely Planet travel video